Arsenal are reportedly keen on Sevilla’s central defender Jules Kounde to bolster their centre-back options, although their lack of Champions League football is thought to be a major stumbling block to any potential deal according to The Athletic. Centre-backs are hard to come by in North London since David Luiz’ exit from The Emirates, with the Gunners down to a barebones contingent of Gabriel, Rob Holding, Callum Chambers and Pablo Mari.

The club has been perceived as relatively top-heavy in recent years, boasting the likes of Pierre-Emerick Aubameyang and Alexandre Lacazette up top while suffering in defence.

Although, recruiting Gabriel and Kieran Tierney were certainly steps in the right direction.

Business will need to be done in that department before the start of next season, but they may have to pursue more modest targets than the highly coveted Kounde who clearly holds Champions League football in high regard.

This discovery by Arsenal should, above all else, serve as an incentive to perform to their true potential next season, and a reminder of the benefits that Champions League qualification can bring. 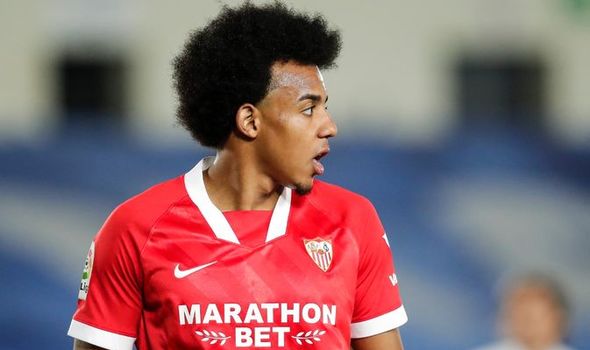 The Blues failed to agree a deal with Sevilla and Kounde, eventually opting for Ruben Dias from Benfica who was recently awarded Premier League Player of the Year.

Kounde has a £69million release clause in his contract, a big ask for any club even without factoring in the financial implications of the COVID-19 pandemic, although it is believed that Sevilla would be willing to listen to reasonable offers for the Frenchman.

The player has built up a fantastic relationship with the Spanish side since his club-record transfer from Bordeaux in 2019.

Meanwhile, Monchi, Sevilla’s director of football, has pledged not to stand in a player’s way if a great offer came in for them.

The 22-year-old’s stock could be set to rise further still after his call-up to the French national team for the European Championship.

The tournament will be his first involvement with the senior team having made his debut in a warm-up friendly against Wales last week, while being selected over the likes of Dayot Upamecano and Aymeric Laporte to form part of the uber-competitive French centre-back contingent is a worthy accolade in itself.

There is no doubt that Kounde is a player that Arsenal would benefit from signing. This latest report signifies that the Gunners cannot rely solely on their history to compete for the continent’s best young talent.