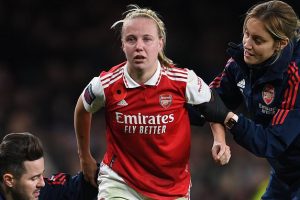 Arsenal and England star Beth Mead is set for a lengthy spell on the sidelines after rupturing her anterior cruciate ligament.

Mead picked up the injury during Arsenal’s WSL defeat against Manchester United on Saturday, and the club confirmed the full extent of her problem on Tuesday.

‘We can confirm that Beth Mead suffered a ruptured anterior cruciate ligament in our match against Manchester United at Emirates Stadium on Saturday,’ a Gunners statement read. 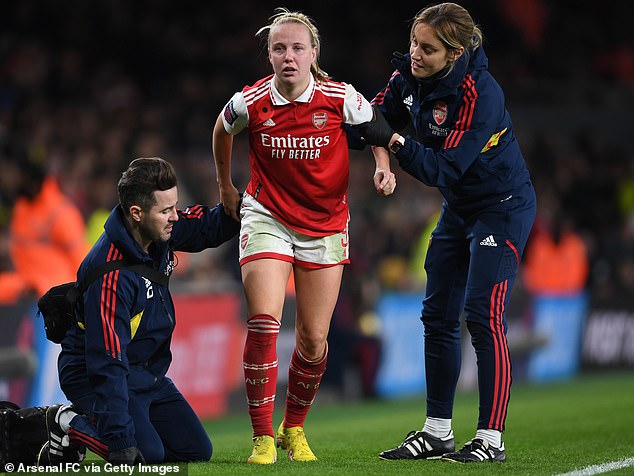 ‘Unfortunately, this means that Beth is set for an extended period on the sidelines. She will see a surgeon in the coming days, after which further details on timescales will be established.

‘Everyone at the club will now be supporting Beth and working hard to get her back on the pitch as soon as possible.’

Mead’s injury blow will come as a huge concern to Lionesses boss Sarina Wiegman ahead of next summer’s World Cup, which begins in eight months time. 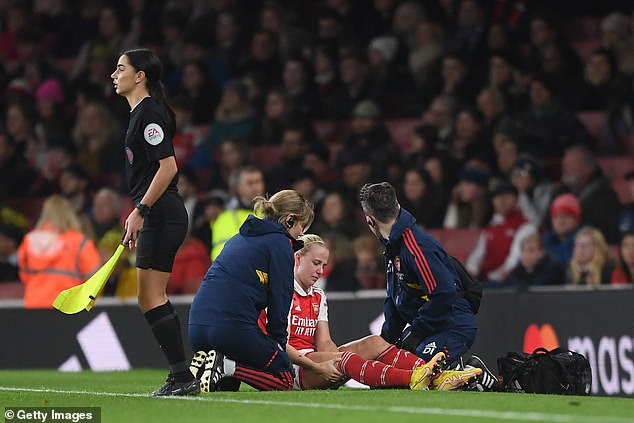 The 27-year-old played a crucial role in last summer’s Euro 2022 triumph, before finishing as a runner-up in this year’s Ballon d’Or voting.

‘Looking back she had a very strong season at club and international level and she has started this season in a very good way,’ Eidevall said.

‘That shows that this isn’t form, it’s consistency, her ability to perform at this level all the time, which is so important.