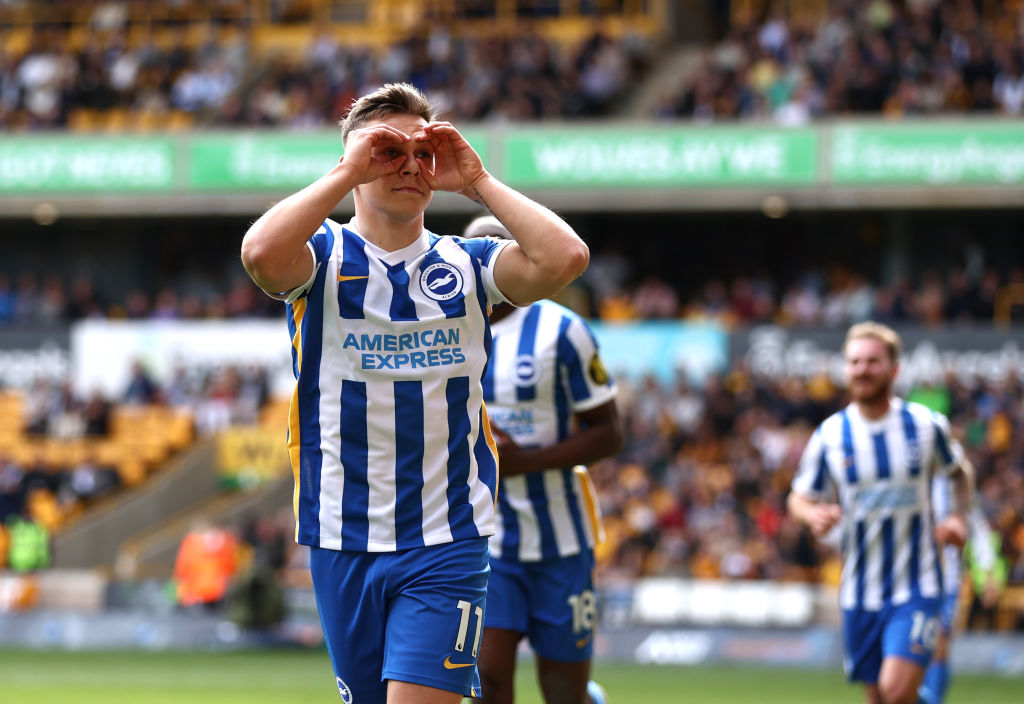 Arsenal have completed the signing of Brighton winger Leandro Trossard.

The Gunners missed out on their No.1 target last weekend when Chelsea launched a stunning late, successful bid to hijack Mykhailo Mudryk’s much anticipated move to north London.

Arsenal were said to have been left shocked and aggravated by Chelsea swooping to sign a player they had tracked for over six months, but have reacted by securing the services of one of the Premier League’s form players this season.

Trossard scored seven goals in the 14 games prior to the World Cup, including a stunning hat-trick against Liverpool at Anfied, but has returned from Qatar pushing for a move.

Speaking to the club’s website, Mikel Arteta said Trossard will bring a ‘high technical ability’ to the squad.

“It is good work from everyone at the club to complete the signing of Leandro,’ said Arteta.

‘He is a versatile player with high technical ability, intelligence and a great deal of experience in the Premier League and at international level.

‘Leandro strengthens our squad as we head into the second part of the season and we’re all looking forward to working with him. We welcome Leandro and his family to Arsenal Football Club.’

Under the guidance of Arteta, Arsenal have mounted an unlikely title challenge but have come increasingly reliant of a core group of players, particularly in attack.

Although Emile Smith Rowe made his comeback from injury earlier this month, Arteta has been particularly keen to add a player who can cover and provide competition for Gabriel Martinelli who has started every Premier League game so far this season.