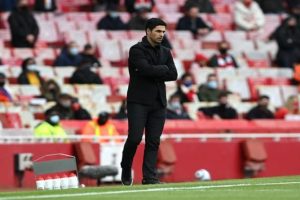 In what should be a big summer of recruitment for Arsenal after a disappointing eighth-placed finish this season, technical director Edu could be turning his attention towards Stamford Bridge in order to revamp Mikel Arteta’s squad ahead of next campaign.

Tammy Abraham is being touted as a possible signing for Arsenal as they look to strengthen in virtually all areas of the pitch this summer.

The England striker enjoyed a fantastic breakthrough Premier League season in 2019-20 when then-manager Frank Lampard put trust in Abraham and a host of unproven Chelsea youngsters.

In 34 league appearances, Abraham managed an impressive 15 goals, although the rangy front-man soon found himself firmly out of favour when German Thomas Tuchel took over in the Chelsea dugout.

Tuchel routinely opted for his compatriot Timo Werner up top, with both Abraham and Olivier Giroud feeding off game time scraps in order to work their way back into the side. 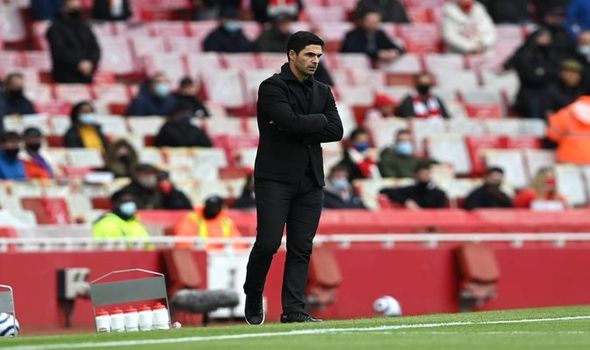 With Chelsea reportedly heading back into the transfer market in search of yet another striker, the writing could be on the wall for the duo as far as their Chelsea future is concerned.

Having not even made the bench for Chelsea’s Champions League final victory over Manchester City, Abraham is widely expected to complete a move away from West London over the coming weeks with a host of Premier League clubs interested.

When speaking to The Mirror, former England midfielder Jermaine Jenas raised the possibility of a move to The Emirates: “He’s a suitable player for a number of teams and I think a lot will be looking at his services.

“He could even go to Arsenal, if Chelsea let him. Mikel Arteta is insistent on playing Pierre-Emerick Aubameyang off the left.”

Much of the transfer speculation surrounding Arsenal has surrounded their defence, with centre-back options looking particularly bleak after David Luiz’ departure from the club.

However, with former Premier League golden boot winner Pierre-Emerick Aubameyang enduring a tough season, and his 32nd birthday looming right around the corner, savvy recruitment at the top end of the pitch would not go amiss for Arteta’s side either.

If Arsenal decide against a deal, it has been suggested that Abraham could end up back at Aston Villa where he spent a fruitful loan spell back in 2018-19.

Failing that, West Ham are reportedly still in the market for a striker, particularly after Brentford’s promotion via the Championship play-offs drastically reduced the chances of Ivan Toney leaving anytime soon. 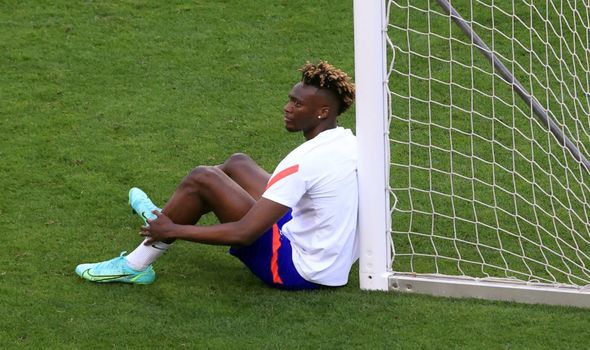 With out-of-favour Abraham missing out on the England Euro 2020 squad, Arsenal would have one less obstacle to contend with if they did pursue the move further.

In many respects, signing a frontman of his calibre would be smart business for Edu and Arteta. Whether Chelsea would allow him to join their London rivals is another matter altogether.