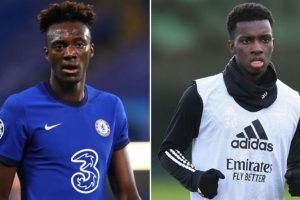 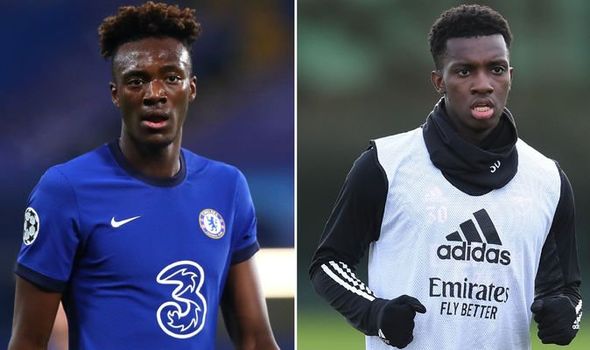 West Ham are keen to sign a striker this summer and have shortlisted Chelsea’s Tammy Abraham and Arsenal’s Eddie Nketiah as they look for a rival to Michail Antonio through the middle.

The Hammers sold Sebastien Haller to Ajax in the January transfer window and have had Mipo Odubeko on the substitutes’ bench in all of their last seven Premier League games.

Centre-forward Antonio has been helped out by the in-form Jesse Lingard, on loan from Manchester United, but David Moyes is lacking in No 9s to ease their reliance on the 30-year-old.

Moyes is keen to address that issue this summer and the Daily Star say Chelsea striker Abraham is among the names being eyed as Moyes hunts a young homegrown frontman.

Since coming into Chelsea’s first team last season, Abraham has scored 30 goals in 80 appearances in addition to providing 12 assists.

But the 23-year-old has yet to complete 90 minutes in the Premier League under Thomas Tuchel and was subbed off at half-time against both Burnley and Southampton. 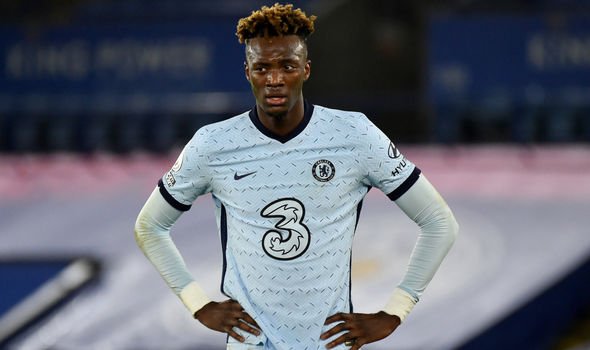 He also was not in the squad whatsoever for Sunday’s goalless draw against Manchester United due to apparent tactical reasons.

The England international is under contract at Stamford Bridge until 2023 but Olivier Giroud could stay at the west London club into next season while Erling Braut Haaland is being eyed.

The Borussia Dortmund striker could cost around £120million to sign this summer, although a release clause makes him available for sub-£70m in 2022, but Chelsea are huge admirers.

And Haaland joining Chelsea in addition to Giroud staying would cast serious doubt on academy graduate Abraham’s future under Tuchel, although the Star say it is unclear whether they would sell him to West Ham.

Moyes’ men are above Chelsea after 26 matches of the current Premier League campaign and occupy the final Champions League spot as they seek to secure a shock top-four finish. 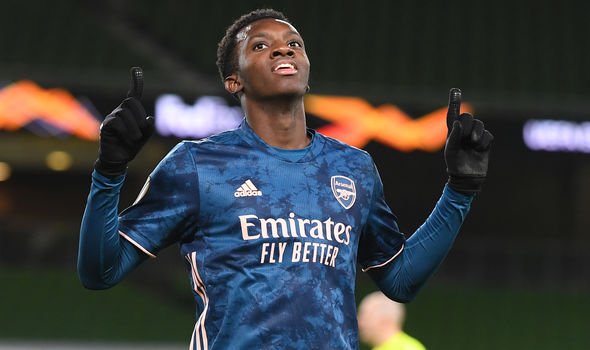 Even if they do not qualify for UEFA’s premier European competition, Chelsea may not want to strengthen a team who will hope to continue to build on this season’s results in the coming years.

Abraham, who the Star say also remains on the radar of Aston Villa after 25-goal campaign for the Villans in the Championship in 2018-19, is not the only option being considered by West Ham.

Arsenal’s Nketiah is another and the Gunners forward is out of contract in 2022, meaning the north Londoners have a decision to make this summer.

The 21-year-old has scored five times in 24 games this term but has only played 10 minutes of Premier League football in 2021, missing out on the squad entirely in their last five league games.

But Arsenal are set to lose Alexandre Lacazette on a free this summer and must decide whether or not to also sell England under-21 international Nketiah, who has 12 goals in 10 games for his country’s youth team.

Nketiah’s minutes have diminished under Mikel Arteta with the bulk of his appearances coming in the Europa League since returning to the Emirates from a six-month loan spell at Leeds in January 2020.

A third striker being looked at by the Hammers is Brentford’s Ivan Toney, who has scored six goals more than any other player in the Championship this term. 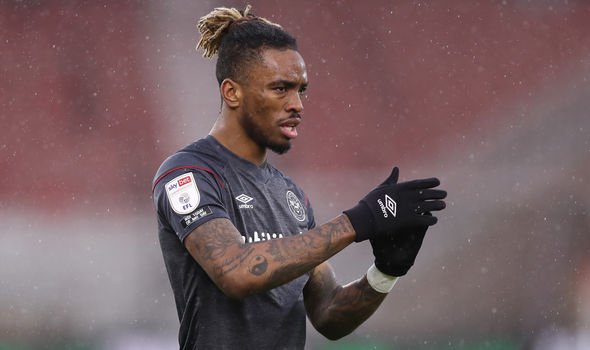 Toney, formerly on the books of Newcastle, has a phenomenal 25 goals and nine assists from 32 second-division games this term and is likely being watched by several top-tier clubs.

The 24-year-old is looking to do what the likes of Neal Maupay and Ollie Watkins, now at Brighton and Aston Villa respectively, couldn’t by firing the Bees into the Premier League.

He only signed from Peterborough last year for £5m but has been a revelation in replacing Watkins, who moved to Villa for a record fee of an initial £28m rising to £33m with add-ons.

Toney could be cheaper than Abraham and Nketiah but does not boast the same top-flight experience, having only played twice in the Premier League for Newcastle in 2015-16 before a string of loan moves away from St James’ Park.

West Ham could also make a move to try and sign 28-year-old attacker Lingard permanently from United although recent reports have indicated the Red Devils could demand £20m to sell him, though the England international will have just 12 months left on his deal this summer.