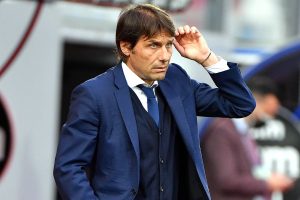 Antonio Conte has held initial talks with Tottenham Hotspur over becoming their next manager.

The Italian could yet be appointed as part of a dual appointment that sees his former Juventus colleague Fabio Paratici appointed as director of football.

The Independent has been told that initial contact was made over a week ago, as Conte left Internazionale following the club’s financial issues despite winning Serie A.

The situation has involved a lot of politics and plate-spinning, especially as Spurs have also pursued former manager Mauricio Pochettino, currently at Paris Saint-Germain.

Both Conte and the Argentine had been under consideration for the Real Madrid job, only for the Spanish hierarchy to eventually go for Carlo Ancelotti.

That has left the situation much clearer, and there is a willingness on both sides to make Conte to Spurs happen – even as talks are at an early stage.

Among the considerations to be sorted are wage, transfer spend and the future of Harry Kane.

Such an appointment would mean Spurs have appointed Chelsea’s last two Premier League-winning managers following the hire and subsequent dismissal of Jose Mourinho.