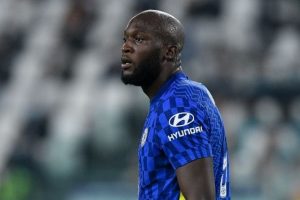 Former Chelsea manager Antonio Conte has suggested current boss Thomas Tuchel doesn’t yet know how to use Romelu Lukaku. Conte and Lukaku enjoyed success together at Inter Milan, winning the Serie A title last season before both departed in the summer.

The 28-year-old registered 64 goals and 17 assists in 95 appearances for Inter before securing a club-record £97.5million return to Chelsea in August.

He enjoyed a blistering start to his second life at Stamford Bridge, scoring four goals in his first four games back.

But Lukaku’s big-game struggles in England have re-emerged in recent weeks, failing to score in his last four outings against Tottenham Hotspur, Aston Villa, Manchester City and Juventus.

Amid his minimal goal drought, Conte has expressed concerns over how Tuchel is using the Belgian striker at Chelsea.

On Wednesday, Conte suggested Tuchel doesn’t yet understand how to utilise Lukaku best but claimed he could be Chelsea’s key to becoming Champions League frontrunners.

He told Sky Italia: “During the game, there are moments when Lukaku needs to be turned on.

“But other than that, he is one of the toughest forwards to play against because he can do damage in any area of the pitch.

“If you have a centre-forward like that, you need to use him, and I don’t think Chelsea have quite figured out how to use him yet.

“Last season, they didn’t have a proper centre-forward, so they rotated positions, whereas Romelu is a real reference point in attack.

“If they can figure out how to use Lukaku, then Chelsea can become the team to beat in the Champions League this season.”

Conte praised Lukaku for his ability to cause multiple threats and potentially sent Tuchel a message on the best ways to utilise his qualities.

“He is a very specific striker. Bringing Lukaku into the box, he is dangerous. However, when he starts from midfield, he is incredibly quick,” Conte added.

“It is very difficult to find a player who is both a target man but can also run from midfield.

“It’s a tactical situation too, a centre-forward who goes looking for the opposition defender, backs into him and lays it off for whoever is supporting him. That is a tactical approach used in basketball as well.

“The good thing about Romelu is that he can hurt you anywhere. If you keep him far away from the penalty area, he can kill you with his pace. If you have him in the box, he has the physicality to be a target man.”

Chelsea have an enticing run of fixtures ahead that’s particularly causing a buzz amongst the FPL community.

Lukaku will be a popular captaincy choice in upcoming weeks, and for a good reason, as the Belgian ace has a great chance to return to his prolific goalscoring ways.

Among those are two Champions League fixtures against Malmo, so it’s a period that Lukaku will be chomping at the bit to make an impact in.