Jurgen Klopp held a dressing room inquest as he looked to redress the issues that have put Liverpool’s Champions League aspirations at risk.

Liverpool’s manager was furious about the way his side conceded two avoidable goals and slumped to a shock 2-0 defeat against Red Star Belgrade; the only thing that prevented Tuesday night being a total calamity was Napoli and Paris St Germain during 1-1.

It is not in Klopp’s style to lose his temper straight after a match and he did not say anything to the squad before they boarded their late flight back to Merseyside; the German prefers to watch the replay of a game once, sometimes twice. His coaches do the same then he addresses the problems. 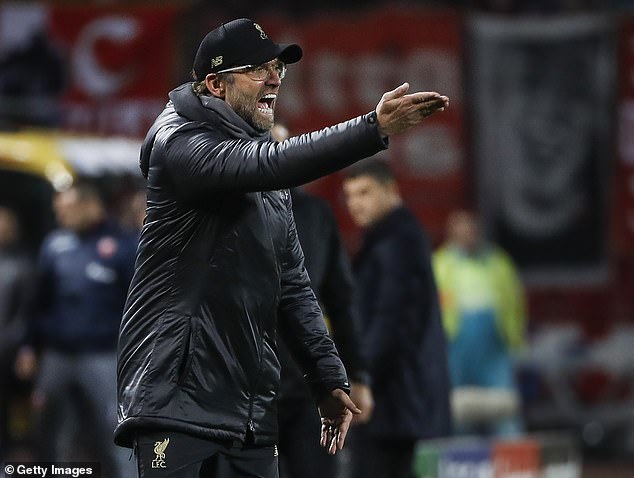 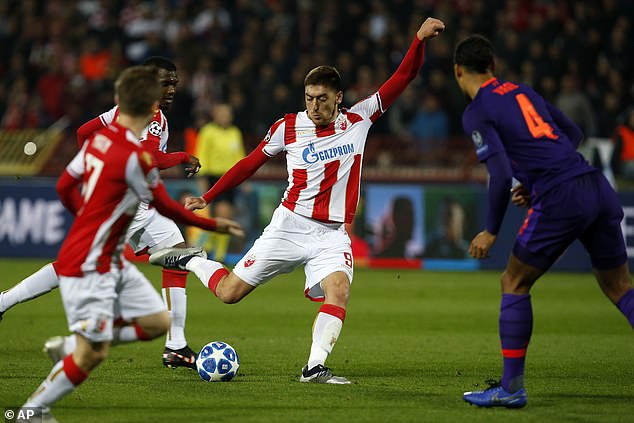 But Liverpool’s players were left in no doubt that their efforts had not been below standard in Belgrade and Klopp took a meeting at Melwood before training on Wednesday afternoon, in which he illustrated the reasons why they suffered a third consecutive away loss in the Champions League.

Part of Klopp’s task over the next 48 hours will be to raise the spirits of the group, as the dressing room in Belgrade was particularly bleak. Andrew Robertson, Liverpool’s left-back, explained: ‘Look, the lads are disappointed. There’s no hiding that. You don’t forget about these results quickly.

‘The gaffer – win or lose – always speaks more the day after the game because that’s when he can clear his head. That’s where he gets the best out of us, where he can talk from his thoughts. That is what he has always done.’ 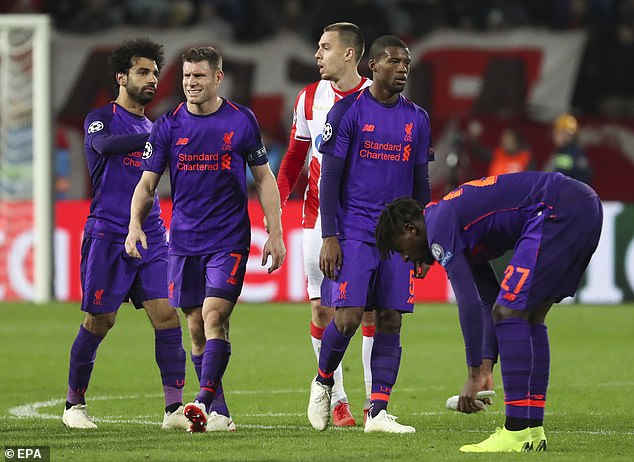 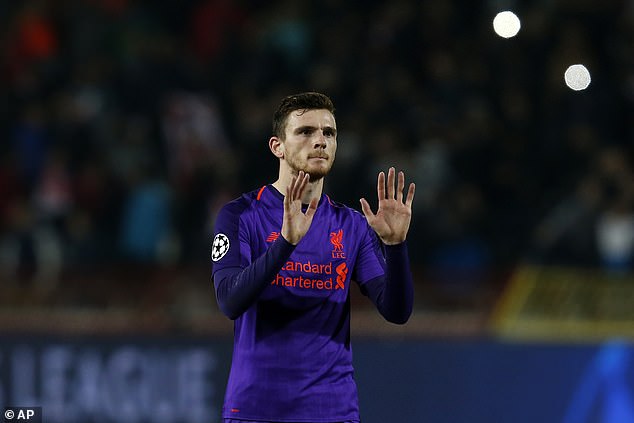 Despite Tuesdays’ calamity, Andrew Robertson insisted they can still qualify from their group

The next assignment is away at Paris Saint-Germain on November 28 but Liverpool could still make the last 16 even if they lose in the Parc des Princes. For that to happen, they would need to beat Napoli by two clear goals at Anfield on December 11.

Robertson, though, is not entertaining thoughts of Liverpool requiring escapology to get out of Group C. He believes they can go to Paris and get the victory that would ultimately eliminate the French champions.

‘We believe we can win every game, that’s always been the case with us,’ said Robertson. ‘We can perform a lot better than the two games we’ve had, they’ve been off days and we need to look at that, of course we do. Away from home last season, we were very good in the Champions League.

‘This season we’ve found that a bit difficult. But arguably we’re still to play the best team away and we need to go there and put in a much better performance than we have done. I think it’s one of those periods we need to get through.’