Home » Soccer » Alli: ‘He’s [Pochettino] massive part of wanting to be at this club’:

Alli: ‘He’s [Pochettino] massive part of wanting to be at this club’:

‘He’s a massive part of wanting to be at this club’: Dele Alli reveals Mauricio Pochettino played a huge role in him signing a new six-year contract

Dele Alli’s decision to commit to Tottenham for the next six years was based on the fact that Mauricio Pochettino will remain manager for the foreseeable.

Pochettino has been linked with the Real Madrid and Manchester United jobs previously but Alli, whose new deal was announced last week, is confident his boss is going nowhere.

Tottenham beat West Ham 3-1 in the Carabao Cup on Wednesday night, leaving them in the quarter-finals as they chase their first trophy since 2008. 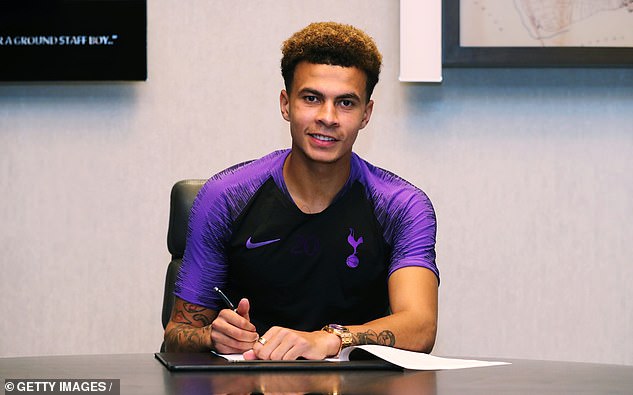 Dele Alli has signed a new deal at Tottenham which will see him earn up to £150,000 a week

They will face Arsenal next in that competition with 22-year-old Alli confident he can achieve everything he wants to win at Tottenham under Pochettino.

‘He’s a massive part of wanting to be at this club,’ Alli said. ‘As players, you work with the gaffer, you want to have a good relationship with the manager and we all feel like we’ve got that here.

‘He’s a very nice guy but at the same time, he can’t be too nice. Everyone has got a lot of respect for him. You don’t want to get on his bad side.

‘We all love the way we work, the style of play, we all want to be a part of it. He’s done a lot for me so far and hopefully he can keep helping me improve. 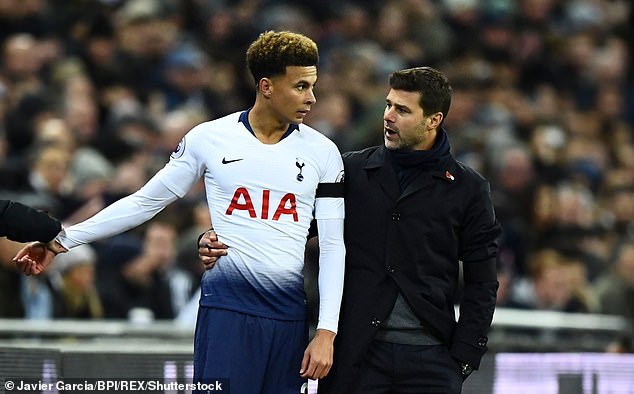 ‘As a young professional, I had to think about what is best for my career and where I can improve. It’s not all about winning trophies for me yet at my age. I want to keep improving and trying to become the best player I can be. I think I’m at a great place to do that.’

It has been a tough season for Tottenham so far with their lack of summer signings, new stadium issues and Champions League difficulties.

Defeating West Ham at the London Stadium lifted the mood after their loss to Manchester City at Wembley on Monday. On Saturday they face Wolves away in a 7.45pm kick-off.

‘People can have their opinions with what’s happening, with the stadium and stuff, but as players, as a club, we all need to stick together,’ Alli added. ‘We know it’s difficult. 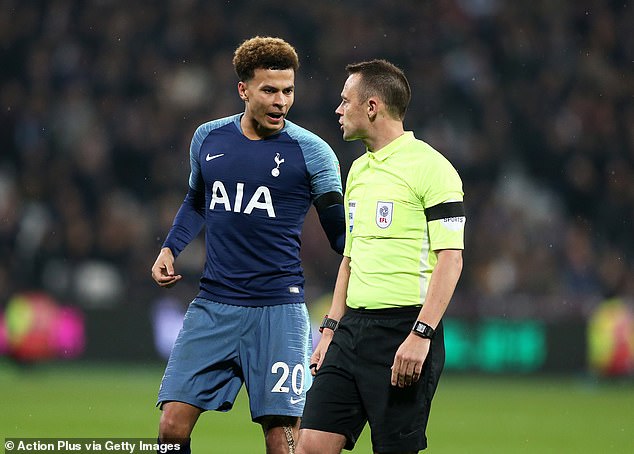 ‘It’s a journey we’re on together. This will all be forgotten with the switchover. Hopefully the fans will love it. We’re all looking forward to it, we’re all excited.’

Tottenham last lifted silverware in February 2008 under Juande Ramos in the League Cup. It is their longest drought since the Second World War.

Alli is confident that trophies are on their way, however. ‘Some of the players who have also signed, I think you can see that we all want to be a part of this journey together,’ he continued.

‘We all want to achieve something great. As young players as well, we want to keep improving and this is a great place to do that. The feeling around the place is positive.

‘We want trophies, not only for us but for the fans as well. It will be that bit more special winning it here together with the amount of work we’ve done.’