Home » Soccer » Alleged incident of racist abuse directed at MLS player: Latest updates on what happened in Portland vs. Minnesota

Alleged incident of racist abuse directed at MLS player: Latest updates on what happened in Portland vs. Minnesota 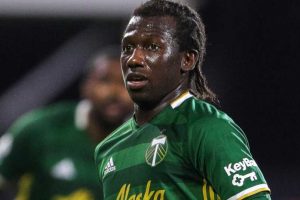 Portland Timbers midfielder Diego Chara was allegedly subjected to a racist comment by a Minnesota United player during a recent match. Chara’s head coach, Giovanni Savarese, revealed the incident but did not identify the alleged offending player or the specific comment made.

The incident occurred during the second half of the Week 10 MLS match between the Timbers and Minnesota at Providence Park in Portland, Ore., on June 26. MNUFC won the match 1-0.

The following day, MLS announced that it would conduct an investigation:

What happened in Portland?

The match broadcast showed Chara pointing at a Minnesota player in the 64th minute, and the broadcasters indicated that Chara had a conversation with referee Rosendo Mendoza. The footage also showed Chara exchanging words with MNUFC’s Franco Fragapane.

Mendoza proceeded to consult with his fellow officials and then huddled with the team captains and Chara. Fragapane attempted to join that conversation, but he was waved away by his captain.

The match resumed three minutes after the stoppage.

What was said postgame

Savarese opened his postgame press conference with a statement on the 64th-minute incident.

“I am very and extremely disappointed that it still at this time we have to deal with situations that should not be happening any more in any sport or anywhere — things that are not acceptable. And in this game there was a situation that had to do with a racist situation, a discriminatory word that has been said to one of our players that cannot have any place anywhere, in any situation, any sport, nowhere.

“So I’m extremely disappointed that still at this time we have to deal with these kinds of situations in a game. And the referee should have handled the situation in a much better way. We’re all in support of Diego Chara but what happened to him today, the discriminatory word that was said to him should not have a place anywhere at this time. And I’m extremely disappointed that it was not taken as serious as it should have been. The whole team, myself, the whole organization is with Diego Chara in this situation that happened on the field today.”

The St. Paul Pioneer Press reported that Minnesota manager Adrian Heath was not asked about the incident during his postgame press conference. The club issued a statement to the Pioneer Press, saying Heath “spoke with the player and [the player] says he didn’t say anything.”

How past incidents have been handled

Instances of racist abuse between players during top-flight soccer matches have occurred in the past and disciplinary proceedings have resulted in different outcomes.

La Liga, the top-tier league in Spain, found no evidence to support claims by Valencia’s Mouctar Diakhaby that Cadiz’s Juan Cala racially abused him in April. That investigation also involved lip-reading specialists. At the time of the incident, Diakhaby’s Valencia teammates left the field of play with him and 20 minutes later returned to the pitch without him to complete the match.

Players from both teams walked off the field last year during a December 2020 UEFA Champions League match between Paris Saint-German and Istanbul Basaksehir, but that incident was different. A member of the Istanbul coaching staff alleged that a member of the referee crew referred to him as “the Black one.” The match resumed a day later with a new set of officials and UEFA suspended the official for “inappropriate behavior” and ordered him to “attend an educational program.”

The U.S. Soccer Federation found insufficient evidence after an investigation into an alleged incident of racial abuse by an opposing player toward then-LAFC forward Adama Diomande. The match in question was a July 2018 U.S. Open Cup quarterfinal between LAFC and the Portland Timbers. The match was played in its entirety and LAFC won 3-2.

LA Galaxy II, the LA Galaxy’s reserve side which plays in the second-division USL, last September released Omar Ontiveros, who was found to have directed a racial slur at a Black player on the San Diego Loyal. He was also suspended for six games by the USL. The match finished in a 1-1 tie, but after the San Diego coaching staff learned about the incident following the match, the organization forfeited the point earned in the draw.