It’s Lionel Messi’s reaction that makes it. As Luis Suarez’s free-kick bobbles over the bar, Messi – watching Barcelona’s Champions League game against Inter Milan on Wednesday night from the stands – is overcome by an agreeable cocktail of awe and amusement. For as Suarez was about to strike the ball, Inter’s Marcelo Brozovic had read his intention to scud the ball under the leaping wall, lying down flat on the ground to block the shot.

“The crocodile move”, Brozovic will later dub it, and if there was an element of slapstick to this highly effective piece of improvisation, then it raised a number of consequential issues too. For one thing, how Inter decided that Brozovic would be the one to get down. Was it a spur-of-the-moment decision? Did he volunteer for duty? Or are there top-secret analytics available for this kind of thing? Do you go for the short man who may get down a fraction quicker, or the tall man who offers the insurance of length? So, so many questions.

It’s not, of course, the first time a team has specifically tried to counter the low free-kick. I seem to remember Philippe Coutinho doing something similar for Liverpool a couple of seasons, although his was a kneel rather than the full-blown play-dead. And of course, quirky set-piece routines have been around since the dawn of time. Argentina’s sublime second goal against England at the 1998 World Cup. Johan Cruyff and Jesper Olsen’s insouciant one-two penalty for Ajax. Then there was Sam Chedgzoy’s famous corner for Everton in 1924, taking advantage of an accidental loophole in the rules that meant the corner-taker could dribble the ball instead of passing it: a reminder that the people in charge of football were just as bewilderingly idiotic a century ago as they are now.

The central point, however, is to note the way that the set-piece – for so long met with a certain knowing sniffiness – is beginning to evolve into an increasingly intricate, increasingly surreal game of bluff and bluster, of dance and counter-dance. No longer are set-pieces being derided as the preserve of the dinosaur manager, the last resort of the philistine. Instead, as Brozovic has shown, for the imaginative and idiosyncratic they can provide their own thrilling blank canvas.

Football has always tended to follow Newton’s third law of motion, and as teams have increasingly cottoned on to the value of attacking set-pieces, perhaps it was only a matter of time before teams devised equally creative methods of defending them. Maybe the conventional free-kick wall may end up getting phased out, in favour of giving the goalkeeper a clear sight of the ball. On a related note, I’ve often wondered why teams desperately hanging onto a lead don’t just line up all 11 players across the width of the goal, like a human picket fence. Where’s my Uefa Pro Licence?

Either way, as the competitive value of set pieces is being rethought, their artistic value is increasingly following suit. For decades, set piece goals were the sickly stepchild of the scoring family, smacking either of too much effort (not cool), too little craft (also not cool) or Sam Allardyce (definitely not cool). The footballing equivalent of trying to trample down a cardboard box rather than unpicking it, or negotiating the frustrating final inch of a particularly succulent kebab – an enterprise undertaken with such dexterously noble intentions but one which ends in you indiscriminately shoving fistfuls of shawarma into your mouth, red cabbage bleeding down your fingers, sodden pita disintegrating in your hands, the proprietor eyeing you with a mixture of disgust and pity. 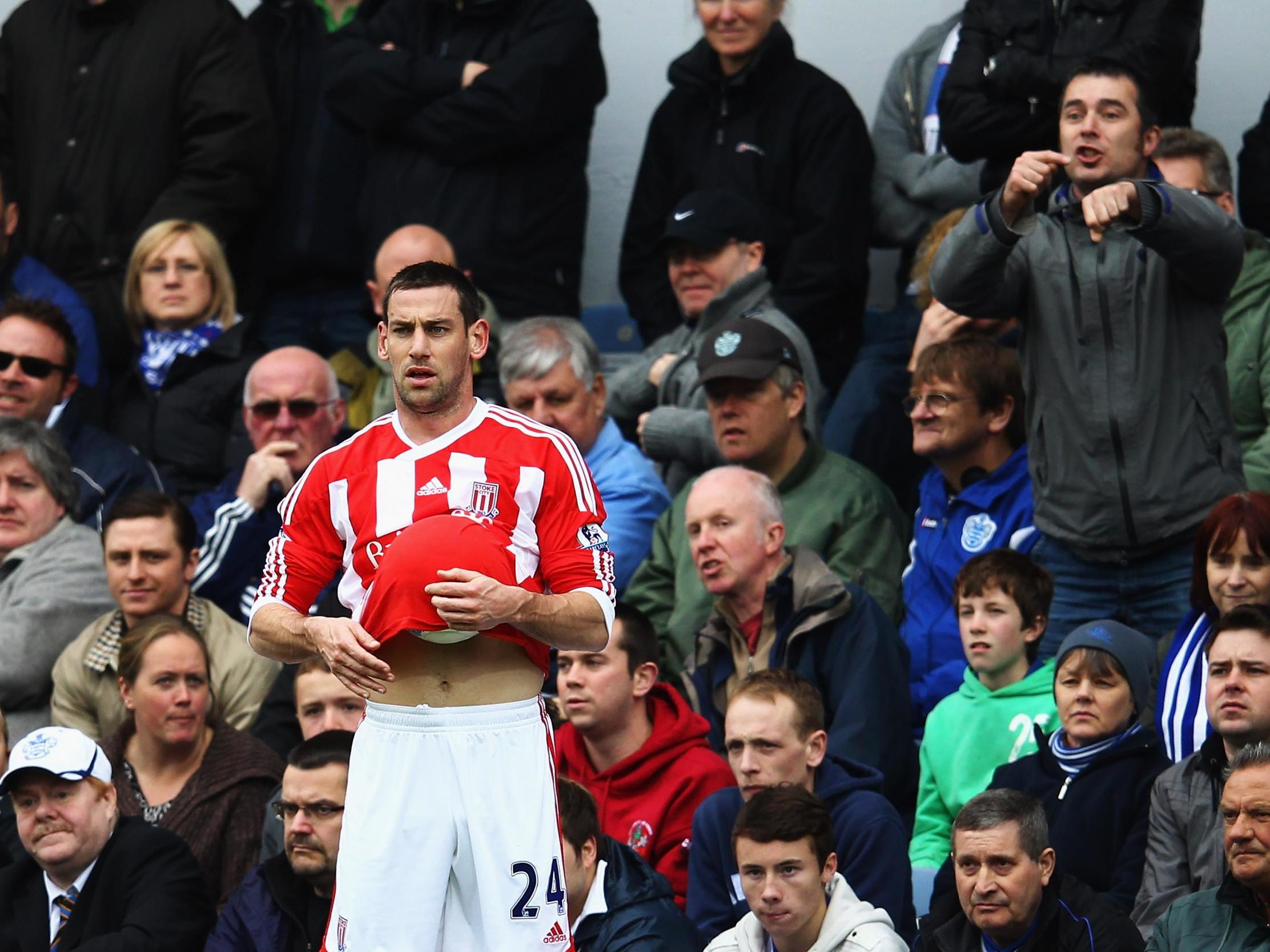 Their best proponents – who can forget Rory Delap’s monstrous long throw? – gained a sort of earthen cult status. These days, by contrast, the effective set-piece strategy has a certain geeky cool to it, whether it’s Gareth Southgate at the World Cup, Liverpool employing a specialist throw-in coach or the analytics-driven Danish champions Midtjylland setting up their own “set-piece lounge”, which is either an analysis room or the worst idea for a nightclub ever.

The influence of US sport is unmistakable here. Americans’ taste for building their sporting occasions around the eating of hot snacks has created a series of stop-start games with discrete plays – essentially, a load of set pieces strung together. And perhaps there is still a certain latent wariness within the game as to where all this might ultimately lead; whether the increasing relevance of set plays, coupled with the onset of VAR, will turn football into a playbook game like NFL, a sport contested via ringbinder rather than bare, spontaneous, wit.

That’s probably overcooking it a touch. Even if Brozovic has blazed the trail, we are still some years away from a world of specialist lying-down coaches and ‘Prostration’ being added to list of attributes on the next Football Manager. For now, we’re still in the pioneer phase, the great unknown, and if the results are as surreal as this, then I’m all here for it.