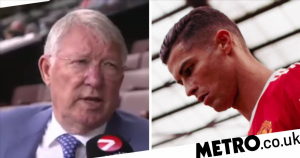 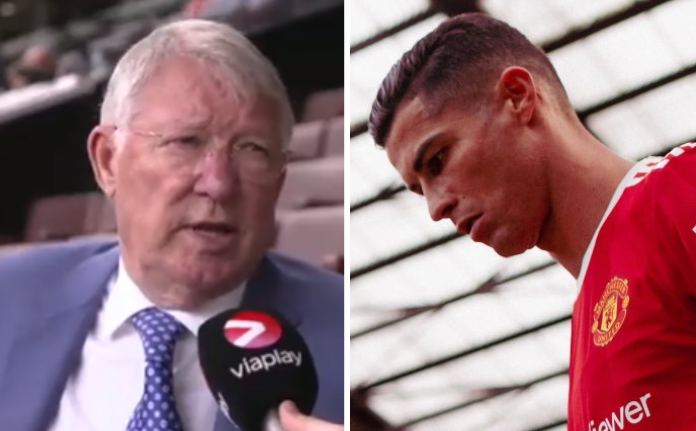 Sir Alex Ferguson has finally revealed the role he played in bringing Cristiano Ronaldo back to Manchester United and preventing him from joining local rivals Manchester City.

The 36-year-old appeared to be on the verge of joining the reigning Premier League champions during the closing stages of the summer transfer window having decided to leave Juventus.

City were said to have agreed personal terms with the five-times Ballon d’Or winner but the intervention of Ferguson and a series of United legends ultimately swayed him into making an emotional return after a 12-year absence.

Speaking ahead of Ronaldo’s second debut for United against Newcastle on Saturday, Ferguson admitted the overriding emotion was one of relief once United got the deal over the line.

He told Viaplay: ‘I’m exited like everyone else, there was anticipation all day yesterday and waking up in the morning. I speak for all supporters it’s a great day for Man Utd.

‘A lot of people played their part (in bringing Ronaldo back) and I contributed knowing that really Cristiano wanted to come here and that was important.

‘I wouldn’t say it’s emotional but it’s exciting for me and relief because I couldn’t imagine him playing for Man City, I don’t think anyone could.

‘That’s why we took steps to make sure he came here and the club then followed in very well and I spoke to the Glazers and it was done.

‘I think he will make an impact on the young players in particular, he’s got the experience to handle the occasion.’