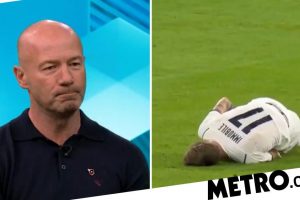 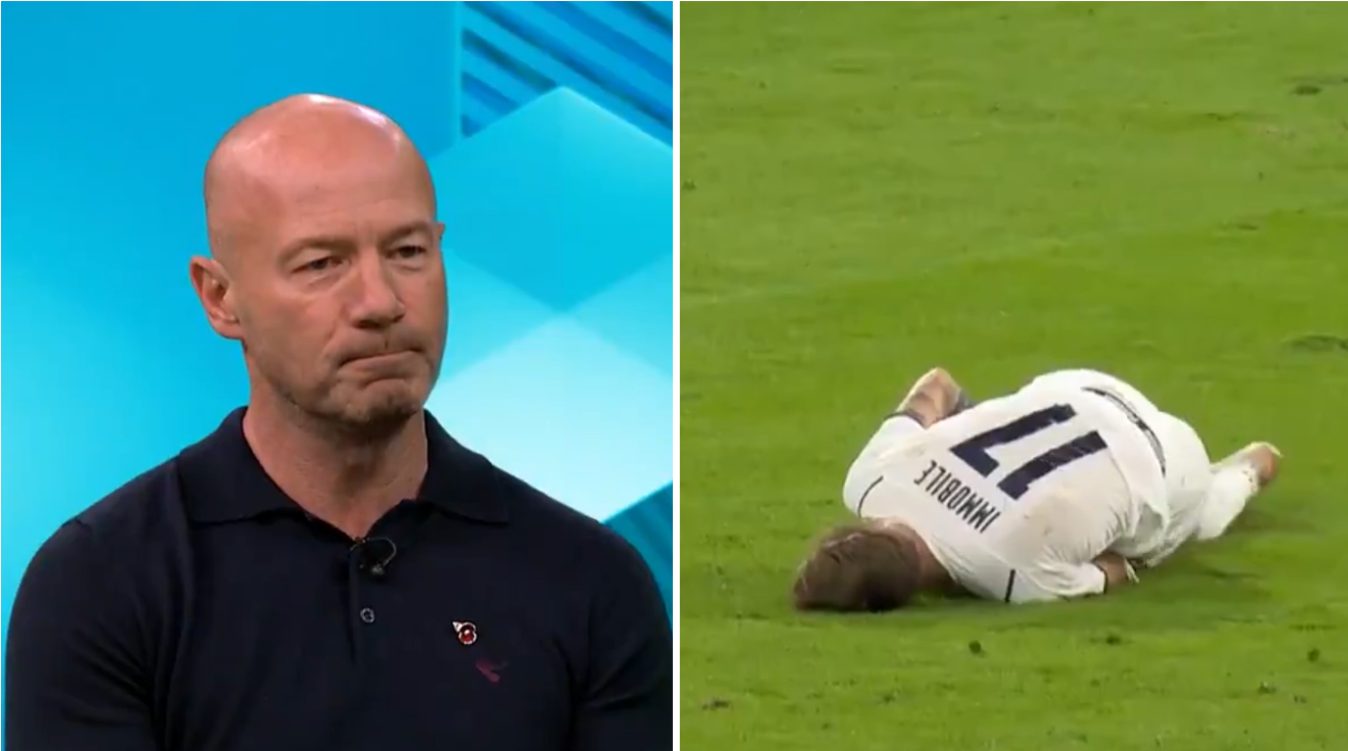 In the build up to Nicolo Barella’s opener for the Italians at the Allianz Arena, Lazio striker Immobile fell to the ground holding his right leg and appealed for a penalty.

The 31-year-old remained on the ground and appeared in discomfort, but immediately got back to his feet when Barella’s goal went in.

Immobile proceeded to join in with the Italian celebrations and England legend Shearer said his antics were ‘pathetic’ and ’embarrassing’.

‘I don’t even want to laugh at that because that is pathetic,’ Shearer said on he BBC.

‘You can see him have a look at the referee before he even goes down. It’s pathetically embarrassing, that’s what it is!’

Lorenzo Insigne doubled Italy’s lead after Barella’s opener and, despite Romelu Lukaku reducing the deficit with a penalty on the stroke of half-time, Roberto Mancini’s side saw out a 2-1 win which sees them progress to the European Championship semi-finals.

“I don’t even want to laugh at that because that’s pathetic!”

Italy have won all five of their games at Euro 2020 and Shearer added: ‘It was a magnificent game of football, end to end.

‘The Italians had to use all of their know-how and experience in that last 10 or 15 minutes.

‘The two old guys at the back were brilliant. It was a big talking point whether Lukaku was going to get in behind them and whether they were going to get done for pace.

‘But they stood firm with everything that the Belgians threw at them in the last 10 or 15 minutes. They were magnificent.’

Insigne, meanwhile, who was given UEFA’s Star of the Match award, said: ‘I think every single player in the team played an incredible game tonight.

‘I always try that shot, in games and in training. I’m happy it went in. It was a great goal but I repeat, we won all together tonight.’