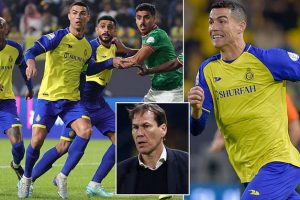 ‘It is important they play normally’: Al-Nassr manager Rudi Garcia insists his side SHOULDN’T change their style to suit Cristiano Ronaldo, and argues his players ‘tried TOO HARD’ to get him involved as he struggled on debut

Al-Nassr manager Rudi Garcia has insisted his side don’t need to change their way of playing to get the best out of Cristiano Ronaldo after the forward failed to make an impact on his first start for the side.

Ronaldo played in the Saudi Pro League for the first time on Sunday as his new side took on Al-Ettifaq, but struggled to impact the game despite his team winning 1-0 to remain top of the league table.

Via Goal, Garcia explained after the match that his players tried ‘too hard’ to involve Ronaldo in the game, but underlined the importance of getting the balance right between playing normally and giving the 37-year-old the ball when he is open to receive it. 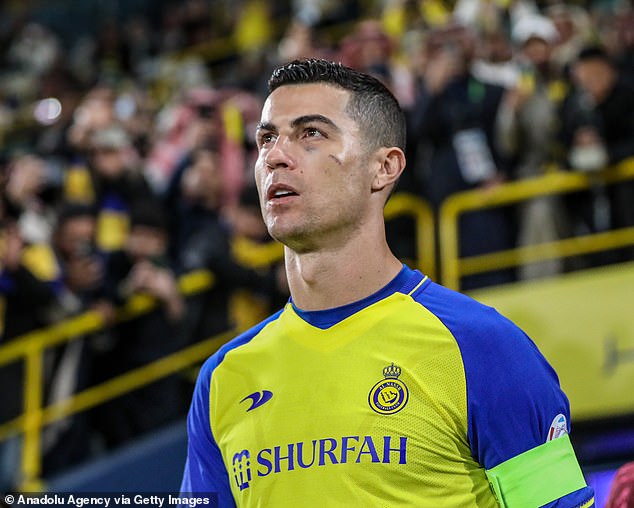 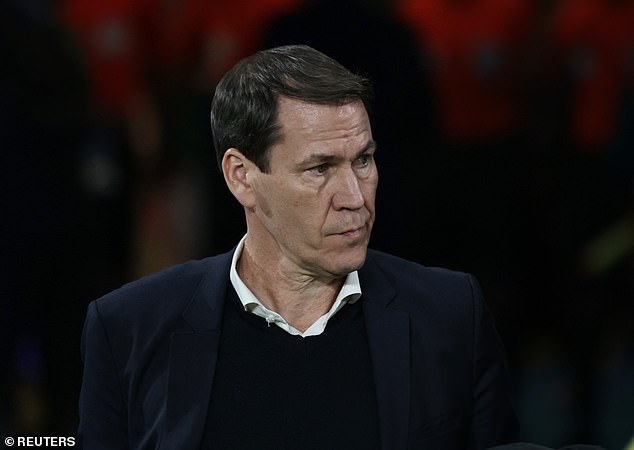 ‘It’s very important for the players to play normally and not always try to give the ball to Cristiano’, Garcia said after Anderson Talisca’s goal proved the difference in the game.

‘I told them they need to make the right choices on the pitch. Obviously when Cristiano or Talisca are alone and asking for the ball we need to give them the ball. These two players are able to make the difference.

‘Tonight, I think that sometimes we had good positions to cross but not enough people in the box, and sometimes no Ronaldo and no Talisca.

‘We need to work on that, to have one of them in the box and maybe the other playing outside the box.’ 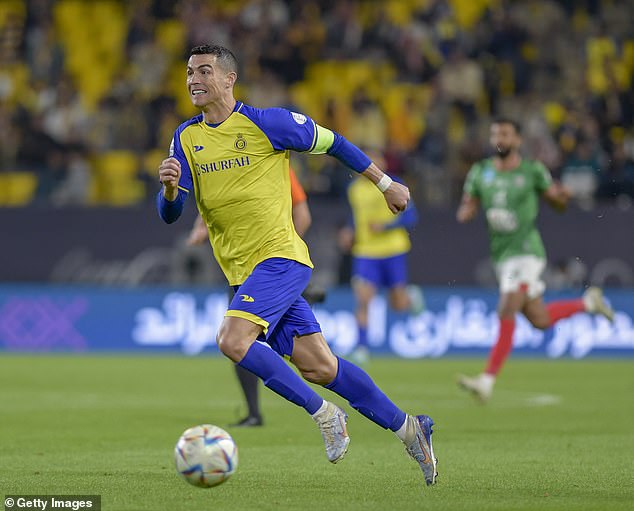 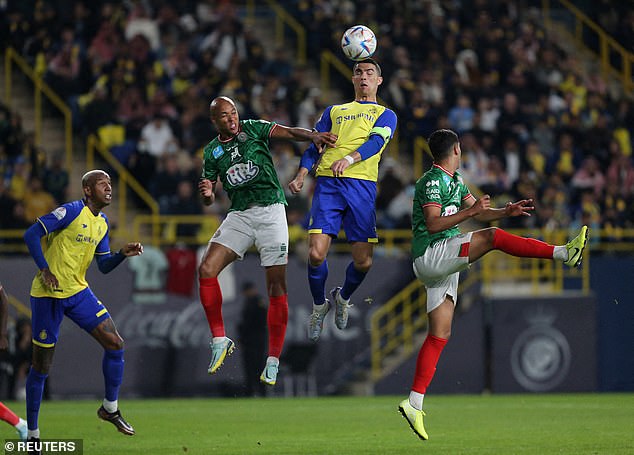 He jumped to head the cross that Talisca scored from, but missed the ball in as it drifted over his head

Ronaldo captained the side on his debut after serving a two-match ban from his time at Manchester United and leaped to head in the cross the goal came from, but the ball went over his head and was put in by Talisca.

The forward has insisted he is feeling ‘very good’ after his move from United, but Garcia admitted his side have to work on getting the Portugal forward into ‘the best condition’.

‘He’s one of the best players in the history of football. It’s up to us to make sure we get him in the best condition. I want him to enjoy playing here and tonight he was happy to play for the first time.’

Al-Nassr’s next game is against Al-Ittihad in the Saudi Super Cup semi-final on Thursday.