Al-Nassr 'are CONVINCED Cristiano Ronaldo will end career there' 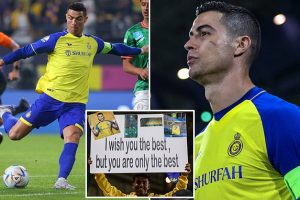 Cristiano Ronaldo’s new club Al-Nassr are reportedly convinced he will end his career there, as he’ll be 40 years old when his contract ends in 2025.

The Portuguese national team captain joined the Saudi Arabian club on a mammoth contract worth a reported £175million-a-year following his exit from Manchester United in November.

And according to ESPN, club officials believe Al-Nassr will be his last career stop, though sources told the publication that the club have not ruled out extending his deal if he wanted to continue playing past 2025. 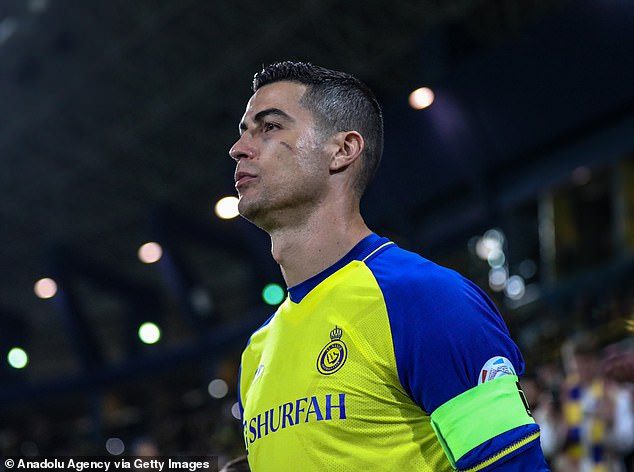 Ronaldo debuted for the club in a 1-0 win over Ettifaq on Sunday, but according to manager Rudi Garcia, the team needs to tweak their mindset with the legendary striker on the field.

‘I told the players they need to make the right choices on the pitch,’ Garcia told reporters after the game. 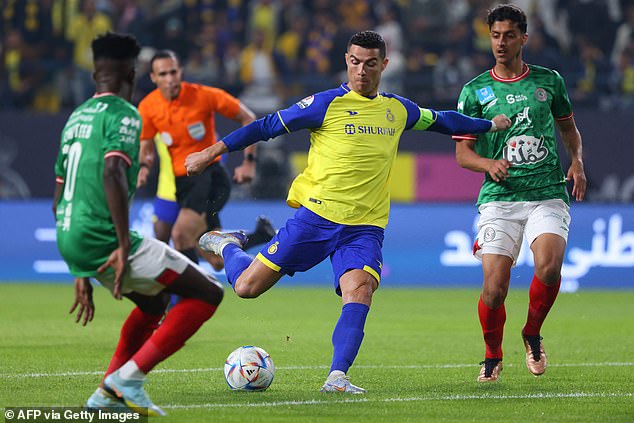 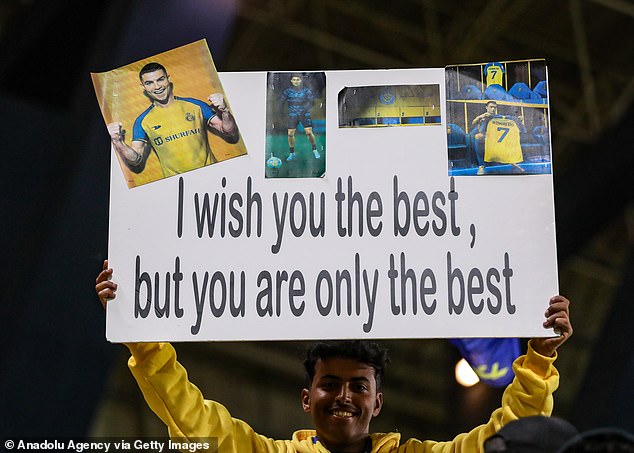 A fan holds up a sign for Ronaldo during his competitive debut, as Al-Nassr won 1-0

‘Obviously Cristiano Ronaldo is asking for the ball and we have to give him the ball because he’s the player who can make the difference.

Ronaldo captained the side on his debut after serving a two-match ban from his time at United and leaped to head in the cross the lone goal came from, but the ball went over his head and was put in by Talisca.

The striker’s time in Saudi Arabia could also make an impact off the pitch.

According to ESPN, Ronaldo arrived at the club with a list of ‘best practices’ after previously criticizing United’s facilities.