Home » Soccer » After recrimination and fury, can Bruce turn turmoil into points?

After recrimination and fury, can Bruce turn turmoil into points? 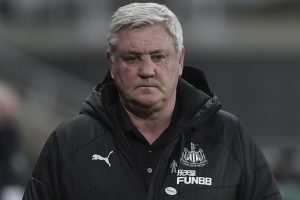 After a week of recrimination and fury at Newcastle United after training ground bust-up… can Steve Bruce turn turmoil into points against West Brom on Sunday?

After a week of hunting moles instead of goals, treason with reason, a shoulder barge and questions over those in charge, Newcastle United finally return to the football on Sunday.

The fact all the above took place during what was supposed to be a quiet week – when Steve Bruce afforded his players three days off – exposes the tensions that exist within a fractured dressing-room.

Bruce is the cause of the division and Sunday’s lunchtime kick-off at West Brom is a chance for those who remain behind him to put a disastrous week behind all of them. 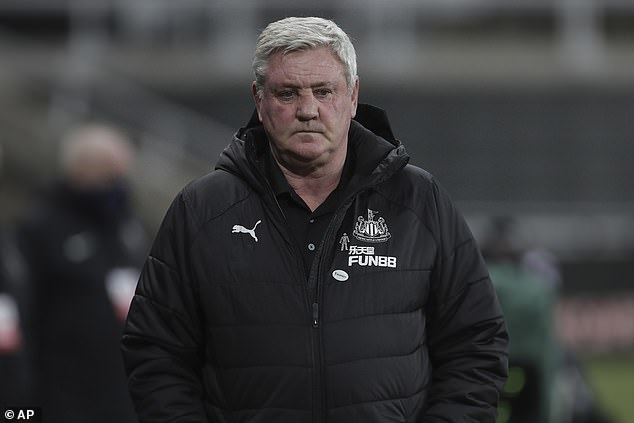 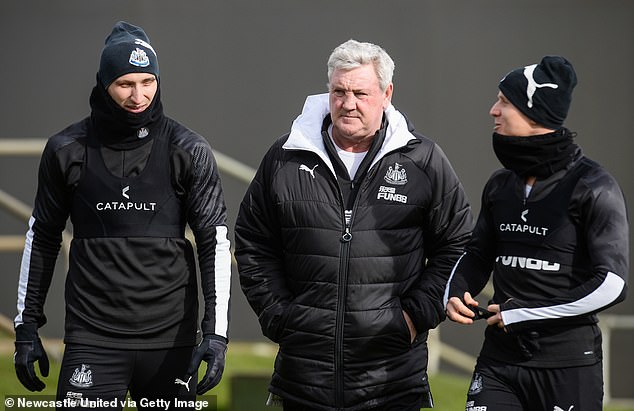 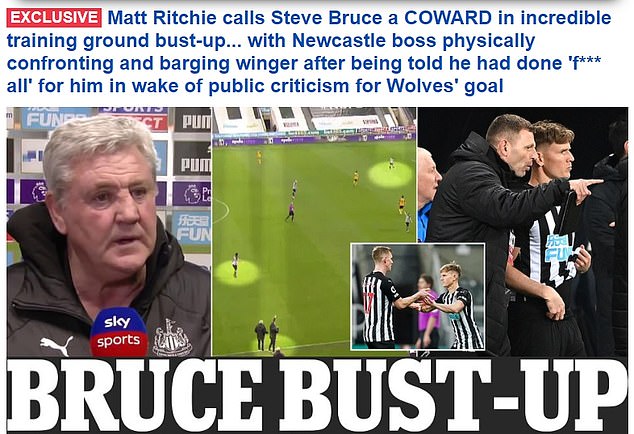 Beyond the spat between Steve Bruce and Matt Ritchie, the bigger picture for Newcastle United is they are in real danger of becoming another Sunderland.

Newcastle were a massive deal at the start of my career. I’d watch Les Ferdinand and David Ginola and ended up facing Alan Shearer.

By the time I was coming to the end of my career, going to St James’ Park had lost its fear factor. And right now the signs are ominous.

Twice Newcastle have been relegated and bounced back first time. But there are no guarantees history would repeat itself. These are a critical few weeks. Stay up, get new owners and they may have a fresh impetus. Fall through the trapdoor and they can’t rely on bouncing back just because they did it before. You get a sense there is trouble ahead.

Everything adds to the feeling that events are conspiring against them.

The problems have built up over many years. The failed takeovers, hostility towards Mike Ashley from supporters, the lack of investment in players. They do have time to turn it around, starting with West Brom today in a game they can’t afford to lose.

They will be aware big clubs can go down and stay down. Leeds took nearly 20 years to return to the top flight. Who knows when Sheffield Wednesday will be back?

Most pertinently, Sunderland were a strong force when I played. I remember going up there for a reserve game once and 30,000 came through the turnstiles. Now they are in League One. Newcastle have to be concerned.

A chain of events that began with the head coach blaming his players on Saturday and ended with him blaming a journalist and a mole guilty of ‘treason’ on Friday, has put the club at the centre of the sports news.

Yet again, though, it is for nothing they have done with a football.

When Bruce publicly accused Matt Ritchie of failing to pass on his tactical instructions, leading to Wolves’ equaliser during last weekend’s 1-1 draw, it proved the catalyst for a training-ground bust-up after the player called his manager a ‘coward’.

Bruce was so incensed at the insult that he shoulder-barged into Ritchie during an angry showdown in front of stunned team-mates.

Ritchie later said sorry – the club and Bruce let this be known – but there was no apology from the boss for his part in the fallout.

It is not every day a manager physically confronts one his players and goads him by asking, ‘What you going to do? Tell Lee Charnley (managing director)?’.

But the focus of Bruce’s press briefing on Friday – in which he confirmed the Ritchie row – was not one of addressing the concerns that are present among his squad.

Instead, he spoke with great determination of catching those responsible for the leaks. There is, of course, another way to stop stories appearing – don’t upset players in the first place.

He dismissed the idea of some players being unhappy with excessive days off, yet admitted the information was clearly coming from within his camp.

So why not talk to the players and explore their feelings?

There must be a reason behind the so-called treason, issues that he and the club have to tackle, not sweep under the carpet?

It was, to be fair, an impressive display from Bruce in the art of employing a diversionary tactic. But the strategy that matters most is the one he devises for Sunday’s game.

Performances have improved since the arrival of Graeme Jones as assistant boss last month, and Newcastle should have enough talent to survive.

It is a myth that any manager of the club would be lumbered with bad players.

Injuries will not help – a front three of Callum Wilson, Allan Saint-Maximin and Miguel Almiron are all absent. 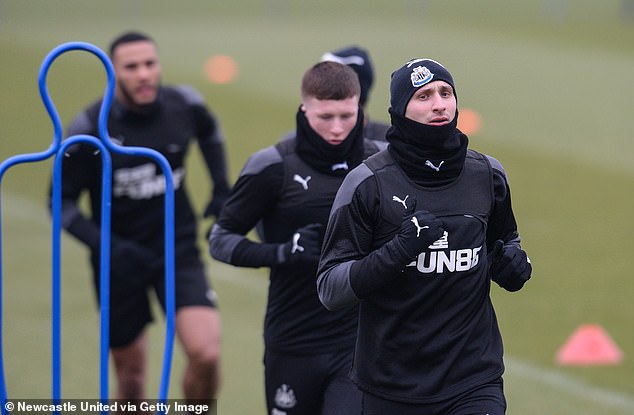 They are very good, but they have also, in the main, been part of a team that has won just twice in 17 matches, so it’s not as if all was well with them fit.

Bruce must now find a way of using the negativity of this week as fuel for a positive outcome on Sunday afternoon. He has done it before, that is why he has survived 19 months in the job.

For now, though, he is taking it one day at a time. For who knows what Monday’s headlines will be at this dysfunctional club?