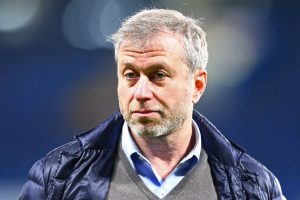 Chelsea could land Erling Haaland and Jadon Sancho this summer with owner Roman Abramovich said to have freed up more than £200m for Thomas Tuchel to spend.

The German has impressed so far at Stamford Bridge, winning four of his six Premier League games, as well as picking up an away win in the Champions League knockout rounds.

Tuchel has clearly settled in well with the squad he inherited, but Abramovich appears to be keen to allow him to put his own stamp on the squad.

According to German outlet Sport 1, Tuchel will have up to £215m to spend this summer.

And it is hinted that would allow the Blues to snap up Borussia Dortmund pair Erling Haaland and Jadon Sancho.

Both men are being linked with moves away from the underperforming Bundesliga outfit at the end of the season.

Manchester United have also been credited with interest in both players, so there will be no shortage of competition for the two stars.

Chelsea’s priority signing is said to be Haaland, who is expected to cost at least £100m this summer, before his release clause at £66m kick in 12 months later.

However, Sancho would be a cheaper alternative, with Dortmund said to be “satisfied with less” than the huge £100m-plus asking price they demanded from United lsat summer.

The Blues were the biggest spenders in the Premier League last summer, but that led to Frank Lampard’s sacking in many ways after he failed to get the best out of their new talent.

And Tuchel is expected to get the best out of Kai Havertz and Timo Werner, though he has typically looked to established talent so far in his reign.