Chelsea striker Tammy Abraham has revealed his mother was reduced to tears by the racist abuse he received in the wake of the UEFA Super Cup final.

Abraham missed the decisive kick in a penalty shootout which handed Liverpool glory in Istanbul last month and the 21-year-old was subjected to vile abuse on social media.

‘I remember speaking to my mum, she was emotional, she was in tears,’ Abraham said in an interview with CNN. 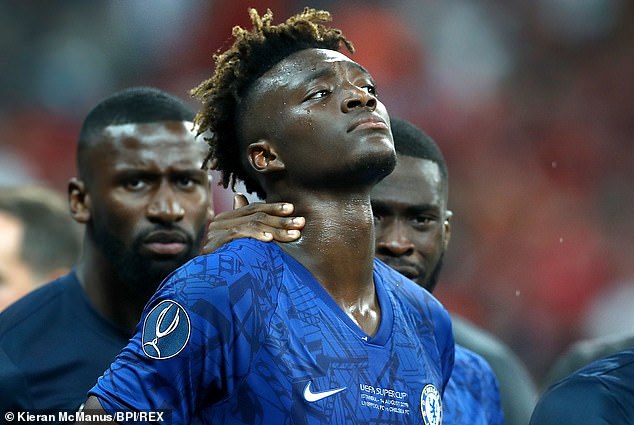 ‘She was just thinking, “Why him”. It’s obviously not nice, seeing your son getting abused.

‘For me, I am a strong character, it doesn’t affect me as much, but it could affect people who don’t have my personality.’

Abraham was left devastated by the penalty miss, which cost his side a trophy, but it did not take long for it to get much worse.

‘I was sat in the changing room straight after the game and went on my phone,’ he added. 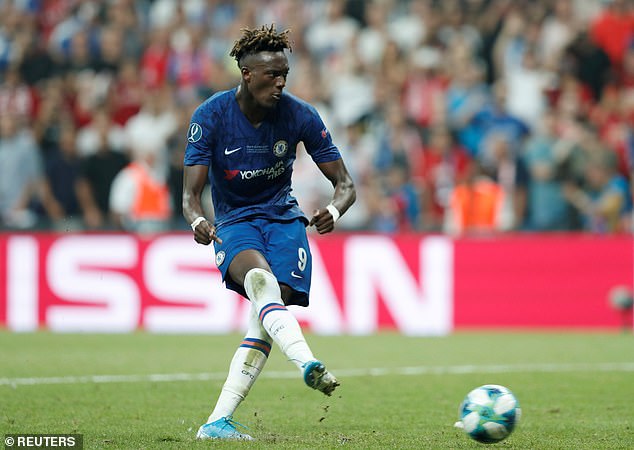 ‘I wasn’t going to shy away from the situation, although saying that I did have some supportive messages. The other side is not nice to hear. The first time I heard I was sat in the dressing room.

‘I went through a lot of emotion I would say after the penalty miss.

‘I had experience of taking penalties last season, big ones as well. Everyone misses penalties. To miss the penalty I was devastated and I had a lot of abuse after.

‘(Manager) Frank Lampard always had his arm around my shoulder lifting me up, the boys as well, it was like I never missed with the way they supported me and lifted me up and that is exactly what I needed.’