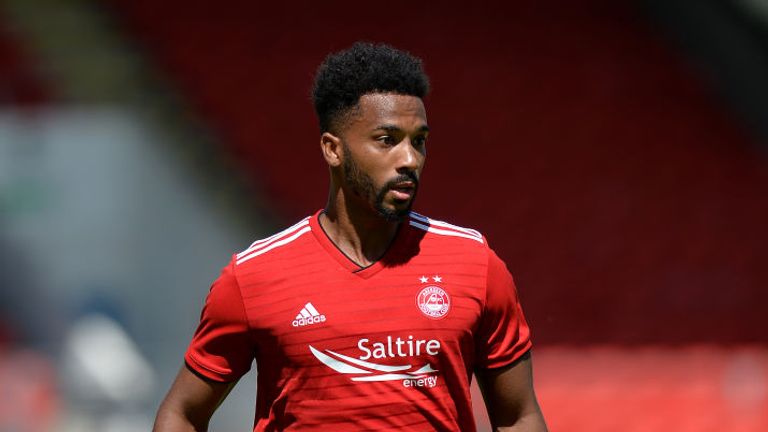 Aberdeen have launched an internal investigation after defender Shay Logan launched a foul-mouthed rant about Rangers after his side won 1-0 in the Betfred Cup semi-final.

Lewis Ferguson scored the only goal of the game to inflict Steven Gerrard with his first semi-final defeat at Hampden Park as Rangers boss.

Logan was recorded saying during the snap-chat clip: “He bought my dinner, we f***** his team yesterday, the most I can do is let him come round and watch the football at my house.

He signed off by saying “F*** the Rangers”. Derek McInnes’ side will take on Celtic in the final on December 2.

Logan was sent off at Celtic for over-celebrating on the last day of last season and on a previous visit to Celtic Park was racially abused by former Hoops winger Aleksandar Tonev.