Aberdeen’s home clash with Hamilton on Wednesday is not guaranteed to be given the go-ahead.

Professor Jason Leitch, Scotland’s National Clinical Director, warned that the Scottish Government could yet call off the match just hours before kick-off. 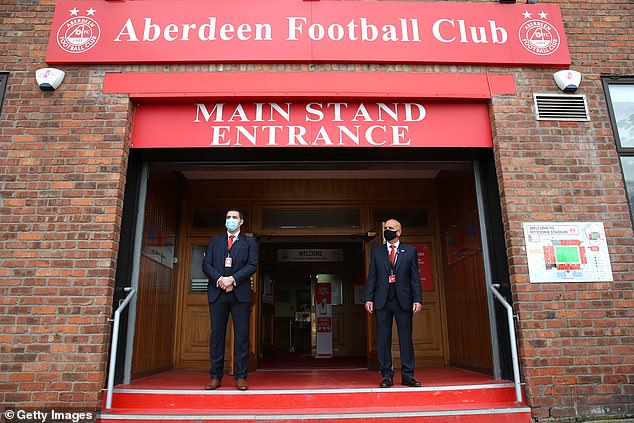 Aberdeen had last Saturday’s trip to St Johnstone postponed on the orders of First Minister Nicola Sturgeon, who was coruscating in her criticism of the footballers.

The SPFL initially understood that Aberdeen’s subsequent fixtures wouldn’t be affected but Leitch shocked them on Monday night by throwing the Accies match into doubt .

Speaking after ‘robust’ talks with top-flight managers and skippers, he said: ‘It certainly is not confirmed. Everybody is hopeful that Aberdeen city will get through this outbreak and get out the other end of it.

‘But we have some important decisions to make on Wednesday for the population at large. And depending on that, it will have an influence on the game and what can happen around that. 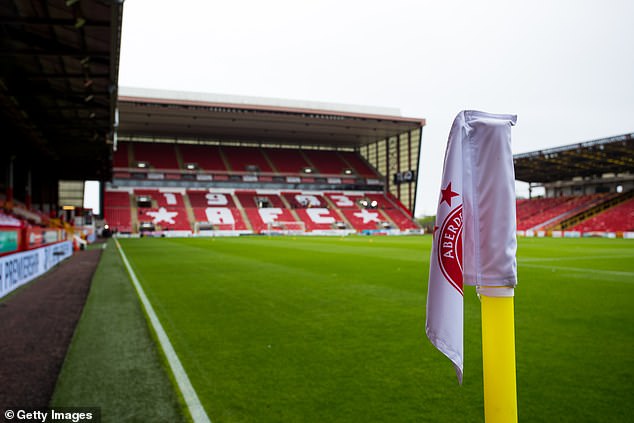 ‘Because this game is in Aberdeen, not an away game. The wish is that elite football, like all elite sports, gets back as quick as they possibly can. But with privilege comes responsibility and that is what we have been getting across to clubs.’

Leitch had addressed all 12 Premiership managers and club captains via a video conference, arranged in the wake of the Aberdeen eight breaching guidelines.

He said: ‘It was constructive and friendly. But you won’t be surprised to hear I was pretty robust and assertive.

‘Because I am a football fan and I don’t want that return to be put at risk. Nor do I want people abused or vilified in any way – people make mistakes so let’s move on from that.

‘But this might have been a moment in time where football players realise we are not messing around here.750,000 people have died from this virus globally so you trifle with this virus at your peril.’

‘I don’t think this has helped. There is an argument that elite sports people should go beyond the guidelines, not think they are just behaving like the general public.’ 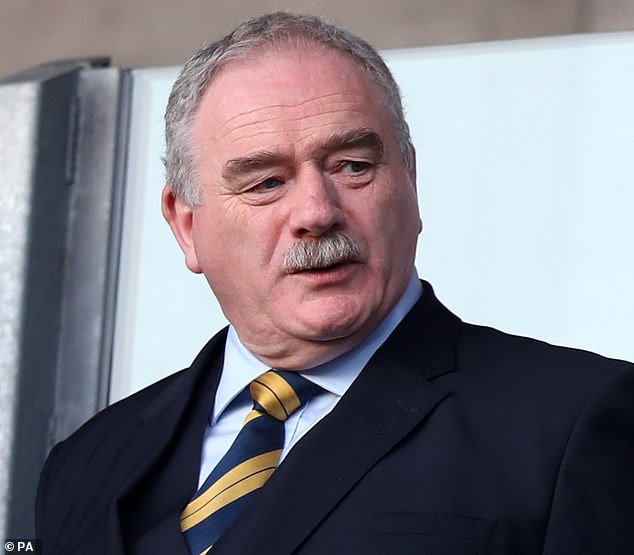 SFA president Rod Petrie said: ‘The events of last week were deeply regrettable but the JRG commends the immediate response by the Aberdeen owner, David Cormack, and the manager, Derek McInnes, in dealing with the matter and providing government with the necessary confidence that there will be no repeat.

‘Harsh lessons have been learned by Aberdeen that will have been heeded by the rest of Scottish football and that message was made clear to Professor Leitch.’

Meanwhile, Aberdeen and Motherwell both face a trip to the Faroe Islands or a tie against British opposition in their opening Europa League qualifier.

Monday’s draw saw the Dons paired at home with the winners of NSI Runavik or Welsh side Barry Town United. Stephen Robinson’s Steelmen will host either HB Torshavn or Northern Irish side Glentoran at Fir Park. The first qualifying round takes place on August 27.