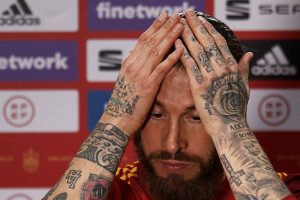 International managers have arguably the most difficult task when selecting their squads for major tournaments like Euro 2020.

Just ask Didier Deschamps, who had the dilemma of picking from a pool of France internationals with five capable candidates for every squad position.

Even Gareth Southgate found it tough to whittle his squad down from 33 players to 26, with the Three Lions boss dishing out the bad news to those going home before their 1-0 warm-up victories over Austria and Romania.

One factor for the managers to consider are the personalities of the players heading to the tournament. How likely are they to host a secret party at an Icelandic hotel a la Phil Foden and Mason Greenwood, for example?

The mavericks in football are a dying breed, a class of player who takes the game on with their own philosophy and unique stamp on the game.

Getting the cold shoulder can be tough, but injuries can also mean heartbreak for the players of desperate for their chance on the global stage.

If there is an upside to it, it is that they can rest up after an exhausting season and watch the action from their homes.

There is arguably no one better suited to being a football maverick than Sergio Ramos.

The 35-year-old would have been stunned to miss the cut for Spain's Euro 2020 squad, even despite the fact his season has been disrupted by injury.

With 180 caps for La Roja, the centre-back certainly plays the game by his own code. Wrong him and pay the price.

The fact he has picked up 26 red cards in his 17-year career, the most of any player since the turn of the Millenium, goes some way to painting his picture.

Whether it's his ponytail, warrior-style beard or fiery attitude, there is something endearing about his kamikaze-style of defending — and he will be missed this summer. A devastating blow for Sweden.

Just months after their talisman Ibrahimovic agreed to reverse his retirement from international football in March, it was announced that the veteran striker will miss Euro 2020 with a knee injury.

The striker suffered the problem during Milan’s 3-0 win over Juventus in May and, despite being told he did not require surgery, the recovery time of at least six weeks sealed his fate.

In typical style, Ibrahimovic refused to accept it was over and has posted video footage to social media showing him working tirelessly on an exercise to prove his fitness. At 39, his hunger to play is infectious and his leadership qualities will be sorely missed.

But as mighty as the self-proclaimed "Lion" may be, the 39-year-old may have to concede he has lost this particular battle.

Alexander-Arnold was a shock absentee from the England national team squad in March and it cast doubt over whether he would be selected for the Euros. A strange omission from the Three Lions boss, who had singled out the defender for his loss of form.

A public and media campaign, combined with an improvement in form, saw the 22-year-old included in Southgate’s 33-man preliminary squad.

What would you change from Gareth Southgate's England squad for Euro 2020? Let us know in the comments section below.

But as fate would have it, the right-back suffered a thigh injury during the win over Austria which cruelly ruled him out of contention for the tournament, with Brighton's Ben White called up to replace him.

Southgate will not be too concerned about losing the Liverpool star, however, with three right-backs in Reece James, Kieran Trippier and Kyle Walker at his disposal.

Sometimes young players need to be protected from themselves and it is certainly the case for Greenwood.

The youngster was caught trying to sneak girls to the England hotel room with Foden at the height of the coronavirus pandemic, an act which was strongly condemned by Southgate.

All looks to have been forgiven since then, however, and the 19-year-old would have been chomping at the bit to make England’s squad for Euro 2020 after featuring regularly for Manchester United.

The forward had scored 12 goals for Ole Gunnar Solskjaer’s side this season, but the consistent use of the teenager — with 52 appearances in all competitions — has taken a toll on his condition.

He has since withdrawn from the squad in order to fully recuperate in time for the 2021-22 season and it is refreshing to see sense prevail after such an exhausting campaign.

The Netherlands’ loss is Liverpool’s gain after Virgil van Dijk ruled himself out of contention for their Euro 2020 squad.

The 29-year-old suffered a horrific ACL injury in October after a horrific challenge from Everton goalkeeper Jordan Pickford and has spent the rest of the season sidelined as a result.

The towering defender is close to completing his rehabilitation and there had been suggestions that he could return in time for the tournament.

But Van Dijk decided to follow medical advice and stay at home, concentrating on a comeback for pre-season with the Reds.

He will be spending time with Frank de Boer's side throughout the tournament in an unofficial capacity, only he won't be on the pitch.

Whether or not there was any method to the madness behind Luis Enrique’s decision to snub players from Real Madrid, the absence of Saul in his squad was surely a huge oversight from the Asturian.

The midfielder had played a large portion of the season out of position as a left-back, away from his favoured central role where he can pass through the lines.

Granted, the 26-year-old has had better seasons on an individual level.

But his omission from the squad on the back of a LaLiga title success with Atletico, in favour of the lesser experienced Fabian, seems like a decision that will come back to haunt Luis Enrique.

Real Madrid paid a world-record fee for a left-back when they shelled out £52m to bring Mendy in from Lyon back in 2019.

The 26-year-old’s performances have been solid if unspectacular and under Zinedine Zidane, he has kept Marcelo on the fringes of the first team.

Yet, at international level, he finds himself out in the cold and hasn’t made a single appearance for Les Bleus in 2021. Mendy is currently behind Lucas Digne and Lucas Hernandez in the left-back pecking order, two players hardly in spellbinding form.

The Frenchman doesn't appear to have the air of a player who is disruptive to the team's atmosphere, yet Deschamps made the point of refusing to cast him in his Euro 2020 show.

He can consider himself unfortunate not to be on the team bus.