5 times Liverpool signed players Man Utd thought they were getting 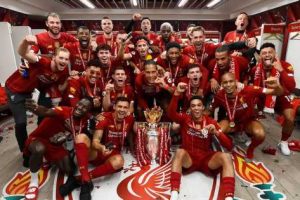 The rivalry between Liverpool and Manchester United is one of the greatest in world football.

Both clubs have enjoyed dominance over the rest of English football for prolonged periods in their history and as a result, are the country’s two most successful clubs.

And it is a rivalry which has often carried on away from the pitch and into the transfer market.

It seems this summer might be no different, with reports suggesting United are keen to land Liverpool target Ibrahima Konate, who is expected to cost in the region of £40 million.

Here, Mirror Football look back at five of the more recent signings which were thought to be heading to Manchester, only to end up further along the M62.

It is said that in life, you should try to go the extra mile. Well in the case of Roberto Firmino, that certainly proved beneficial to Liverpool.

It is believed Man United were the first club to register their interest in Firmino back in 2015.

But while the Red Devils were waiting for the Brazilian to finish his commitments at the Copa America, Liverpool stole a march by flying over to Chile to seal the deal.

In the end, Liverpool paid Hoffenheim £29 million and it proved to be a brilliant piece of business, as he helped the club win the Champions League and claim a first Premier League title.

Back in 2018, barely a week would go by without Fabinho being linked to Manchester United.

But in the end, it was Liverpool who snuck in first and two days after their Champions League final defeat to Real Madrid, the club confirmed they would be signing the Brazil international.

However, for all of the talk, Fabinho later told FourFourTwo : "I won't deny there were a few conversations about my situation with Monaco, but there was never an official offer from United.”

So we’ve seen a couple of examples where Manchester United appeared to be caught napping.

But when it came to Sadio Mane in the summer of 2016, it seems to have been a straight shootout.

“So I was coming, I was there and I spoke with the boss who was there before [Louis van Gaal].

“They made an offer, but in the same week, Klopp called me."

One of the accusations thrown United’s way in recent times has been their lack of strategic thinking when it comes to player acquisitions.

Never was that more evident than in their attempted signing of Virgil van Dijk.

Liverpool’s interest in the Dutchman was well known for at least 12 months before, if not longer.

Yet by the time United put the call in to the Southampton defender, he had already had his medical with their bitter rivals and the transformative £75 million signing was completed soon after.

And things didn’t seem to have improved two years later.

United were said to be considering a move for Takumi Minamino but their hierarchy were reluctant to go big on the RB Salzburg forward.

Incredibly, the club were said to be unaware of a clause in his contract which would have allowed him to leave for just £7.25million.

Something Liverpool activated in January 2020.