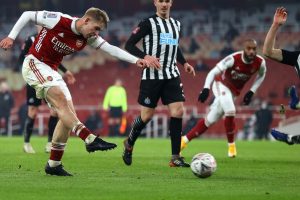 Arsenal's defence of the FA Cup is underway with a hard-fought extra-time victory over Newcastle at the Emirates.

Emile Smith Rowe – who saw a red card downgraded earlier in the match – slotted the deciding goal in the 109th minute, capitalising on Ciaran Clark's error to fire in off the inside of the far post.

Pierre-Emerick Aubameyang secured his side's progression to the fourth round in the closing stages of extra time, tapping in from Kieran Tierney's pull-back.

Arsenal dominated the ball during the 90 minutes of regular time but struggled to break down their hard-working visitors, with a number of attackers failing to make good on their recalls to the starting XI.

Andy Carroll fired Newcastle's best chance of the match wide in the second half, before Joe Willock saw a header from close range kept out by Martin Dubravka after the hour mark.

There was late drama in regular time as Carroll went close again and Smith Rowe saw red for a late lunge, before Chris Kavanagh downgraded the card to a yellow after consulting the pitchside monitor.

The red card overturn proved vital as Smith Rowe went on to score the winner.

Here are five talking points from the Emirates Stadium.

After 90 minutes of football lacking quality and cutting edge, the cup tie came alive in added time at the end of the second half.

Andy Carroll was denied excellently by Bernd Leno in the 92nd minute as the Gunners goalkeeper was forced into a fine save from a close-range powerful effort.

Moments later, Emile Smith Rowe was shown a straight red card for a lunge on Sean Longstaff, before Chris Kavanagh downgraded the booking to a yellow after consulting the pitchside monitor.

And rounding off a remarkable narrative in the third-round cup tie, Smith Rowe grabbed the winner with a fantastic finish beyond Martin Dubravka, before Pierre-Emerick Aubameyang secured the victory late on.

Mikel Arteta has transformed Arsenal's form since Christmas by turning to his motivated youngsters to address his misfiring attack.

The introduction of teenagers Bukayo Saka and Gabriel Martinelli and 20-year-old Emile Smith Rowe has injected the Gunners' forward line with new life.

Against Newcastle, however, Arteta reverted to a more experienced – and less effective – attack which included Willian and Nicolas Pepe.

Both players were guilty of of firing over or wide when in good shooting positions, and on the front foot Arsenal looked the disjointed muddle they were for swathes of the first half of the season.

Fully aware of his side's shortcomings, Arteta didn't even wait until the hour mark to bring on Smith Rowe, making the substitution on 56 minutes as Reiss Nelson made way after a quiet evening.

The Englishman quickly lifted those around him, playing a nifty one-touch exchange with Pepe to spark a counter attack and battling with the Magpies midfielders for possession in the centre of the park.

Willian soon made way, with Saka brought on in his place for the final 24 minutes of regular time, during which Arsenal turned the screw but couldn't find a way through Newcastle's stubborn 5-4-1.

The introduction of Alexandre Lacazette – who is in fine form of late – helped tip the balance in extra time. The Frenchman has linked up well with Smith Rowe recently and picked up the assist for the youngster's deciding goal just one minute after coming off the bench.

Another shutout – this time over 120 minutes – means Arsenal have registered three consecutive clean sheets and conceded once in their last four games in all competitions.

Mikel Arteta made the wise decision to bring fresh faces into the backline without making wholesale changes for the visit of Newcastle.

Luiz's experience helped deal with physical Newcastle targetman Andy Carroll – who was, as ever, a handful – and Mari produced another accomplished performance which showed off his fine positioning.

From the flanks, Tierney's delivery was excellent yet again – he picked up the assist for Pierre-Emerick Aubameyang's late goal – and Cedric was solid enough defensively as he deputised for Bellerin.

4. Bruce struggles to deliver on promise

Upon his appointment as Newcastle boss in 2019, Steve Bruce vowed to his players they would take the cup competitions seriously.

"I promised everybody I'd have a go in the cups," he told Chronicle Live . "I know what it means to people."

In his first season in charge, Newcastle were beaten on penalties by Leicester in the Carabao Cup second round. But there was a run to the FA Cup quarter-finals, where they were beaten by Manchester City.

This campaign, Newcastle reached another quarter-final, this time in the Carabao Cup, only for the Magpies to bow out with a 1-0 defeat by Championship side Brentford.

Few can fault Bruce's intentions in the cups. He knows these competitions are where Newcastle have had much of their past success and he has played strong teams when possible – a marked change from the approach of previous managers to send out the kids for cup ties.

But he was let down by many of his first-XI players at Brentford and was without two key stars – striker Callum Wilson and midfielder Jonjo Shelvey – for the trip to the Emirates, with the duo withdrawn as a precaution.

The Magpies battled hard in north London but lacked cutting edge, with Andy Carroll both shooting on sight and squandering his side's best chances during a lively showing.

And despite Bruce's good intentions, Newcastle have crashed out of the Carabao Cup and FA Cup within the space of 18 days.

Arsenal were dealt a major blow before kick-off as Gabriel Martinelli went down in the warm-up and needed treatment.

The Brazilian starlet fell to the ground after turning his ankle during a passing drill and was subsequently replaced in the starting lineup by Reiss Nelson.

Martinelli only returned to Arsenal's matchday squad in December after a six-month spell on the sidelines with a serious knee injury.

The 19-year-old started the victories over Chelsea and Brighton, with his performances helping to spark the Gunners' recent recovery in the Premier League.

Arsenal insisted Martinelli's replacement in the starting XI was just a precaution, but Mikel Arteta will be sweating on the forward's fitness as he continues to place his trust in his side's youngsters. 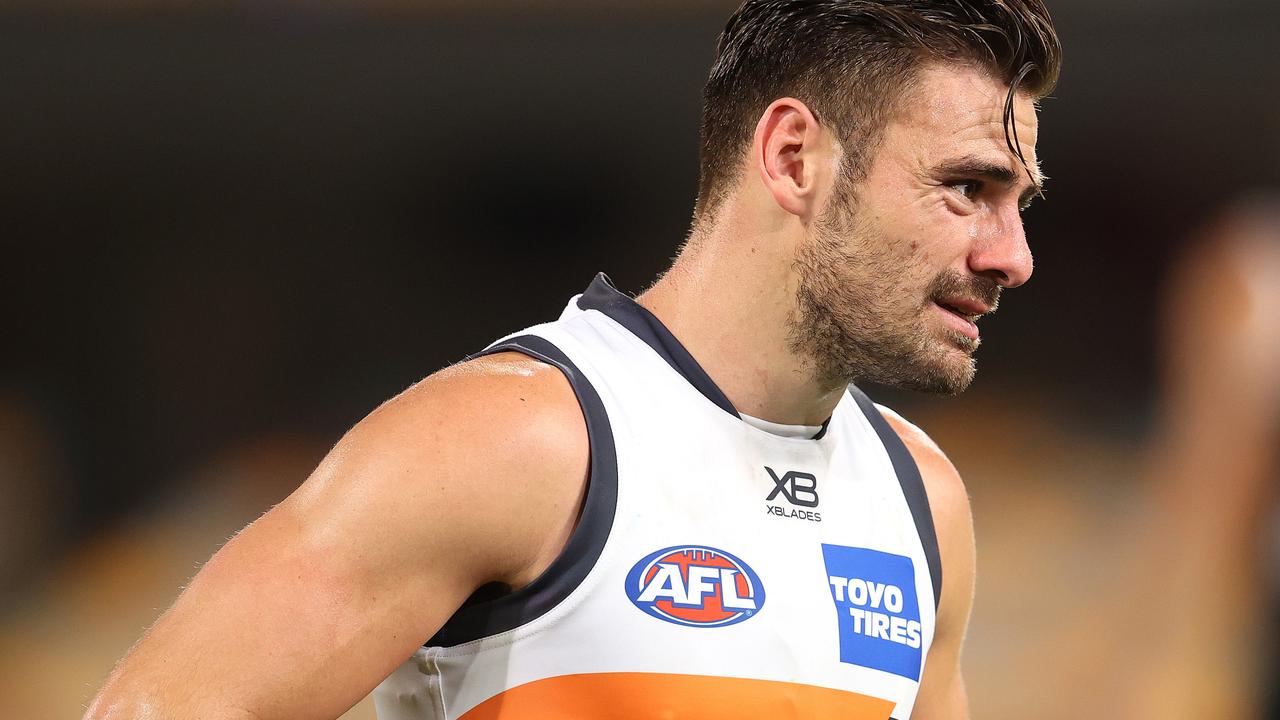 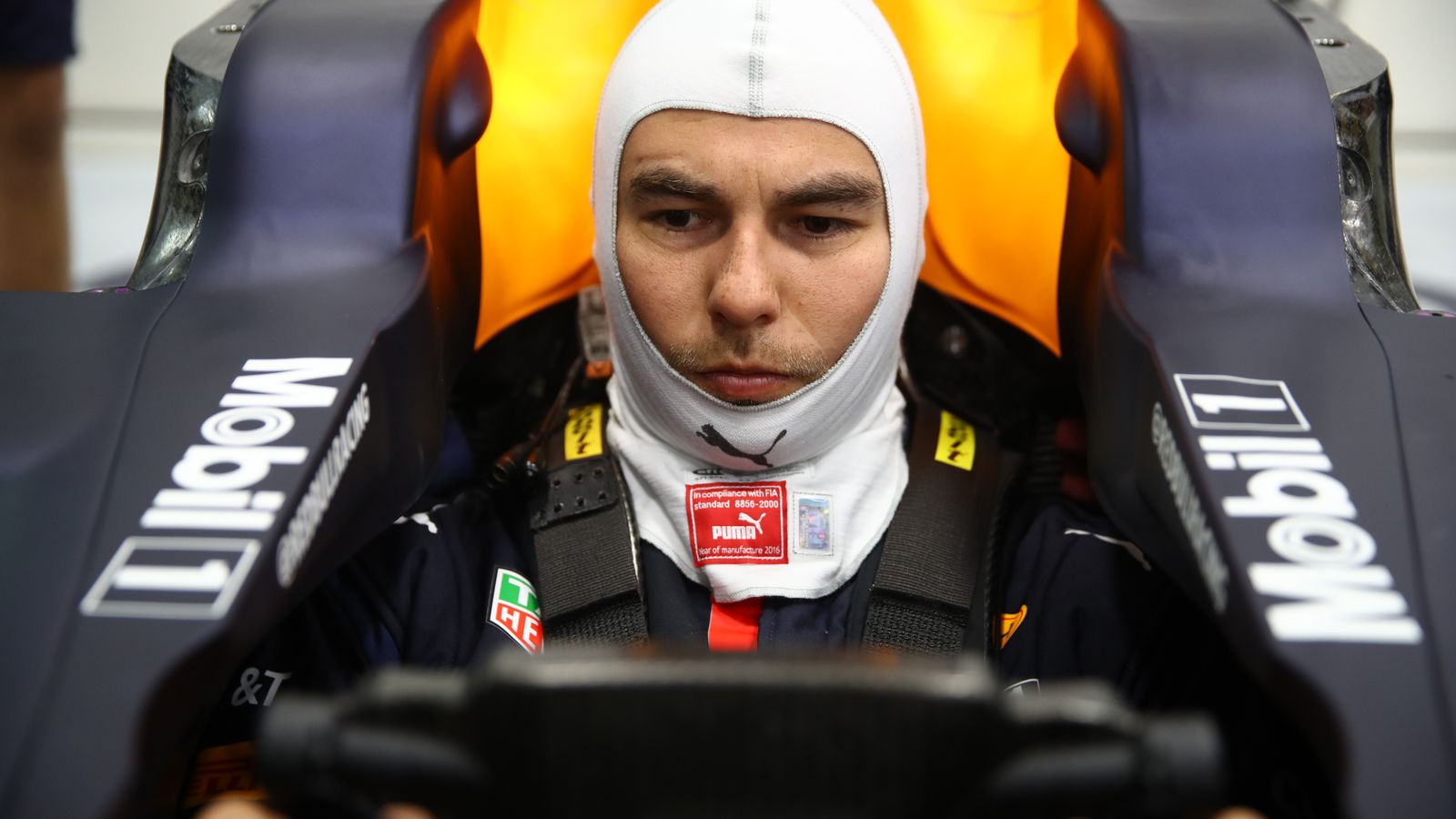