‘I am on the cusp of potentially my last chance’: Wales skipper Alun Wyn Jones targets last shot at glory

Wales depart for Japan on Wednesday with a message from their captain Alun Wyn Jones ringing in their ears – the World Cup is there for the taking.

The totemic lock, who turns 34 next Thursday, is travelling to his fourth tournament and will become the most-capped Welshman ever during this one.

The Australia match, Wales’ second of the tournament, is likely to be Jones’ record-breaking 130th appearance for his country. 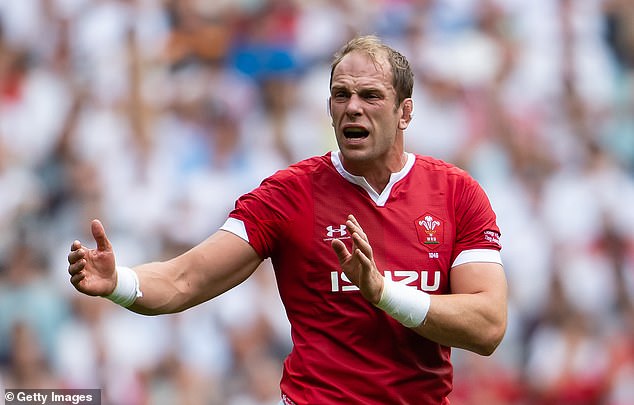 But looking at Wales’ trophy haul, proudly displayed inside their Glamorgan training centre, there is only one title the skipper wants to bring home.

‘These big red banners you see here, there is something missing on them,’ said Jones.

‘It would be nice to be a part of that irrelevant of how many caps you get. That will be bigger than any cap record for anyone in this country.’ Jones, however, tempered the palpable excitement with a warning.

With officials set to be red-hot on high tackles, as shown by All Black Scott Barrett’s recent sending-off, he is concerned one tight call could change the course of history.

‘It is mouth-watering,’ he said of the tournament.

‘To have such a potentially open World Cup in such an exciting country which is going to put on a hell of show is going to be great for the game. 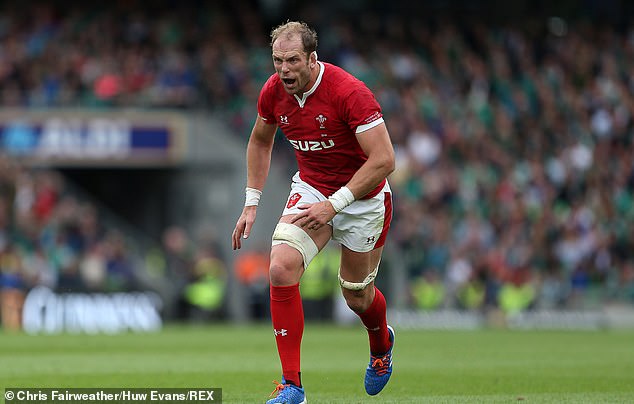 The totemic lock, who turns 34 next Thursday, is travelling to his fourth tournament

‘I just fear that potentially this summer the way decisions have gone on the field with certain things, it is becoming increasingly difficult for referees.

‘I hope that does not overshadow the rugby. They seem to have got their act in order which seems to bode well for the competition.

‘It is worth mentioning because it is potentially going to be such an open tournament and you would not want that to be a talking point.

‘I am not trying to set the cat among the pigeons in that regard but I think that should be the focus and not should-have, would-have could-have with some decisions that can influence games.’

From a pool-stage exit after defeat by Fiji, the heartache of a semi-final red card, and sensational victories along the way Jones is prepared for every World Cup emotion – having seen it all over his previous four tournaments.

‘I have got a bit of a smorgasbord,’ he notes.

‘In 2007 was not the greatest going out in the pool stages. In 2011 we got to a semi-final and on another night we get to the final and what happened will go down in the annals.

‘In that tournament if we had beaten South Africa in the pool stages we could have put ourselves in a better position. 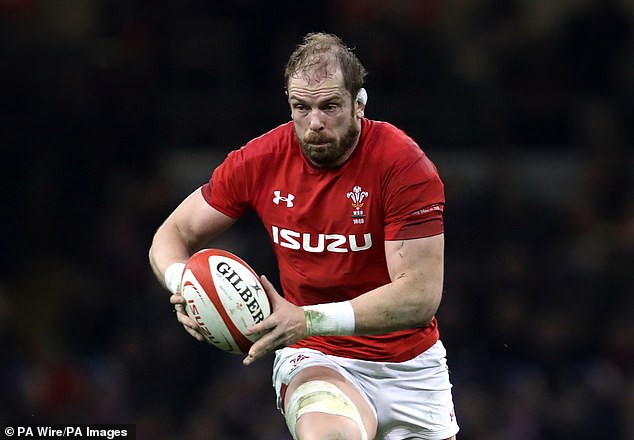 Wales’ second game of the tournament against Australia, is likely to be Jones’ 130th match

‘In 2015 everybody talks about us beating England but we go onto facing Australia and them being down to 13 men and don’t capitalise.

‘You remember all these moments. I have had a bit of everything. They are not completed though.’ Jones might have super-human powers of longevity, but surely will not appear in 2023 as a 38-year-old.

However, with a last shot for him and the majority of the coaching staff who will leave with Warren Gatland after the tournament, Jones is a long way from reading eulogies.

‘It is not a swansong by any stretch of the imagination,’ he said.

‘It can be easy to be swept away with the romanticism from their side but there is still a job of work to do ‘I am sure they would like to be back at the stadium with a big shiny thing in a few months.

‘Make no bones about it, Warren’s legacy in Wales is stonecast. Going back to the red banners he has been involved in four of those championships, which are inclusive of Triple Crowns.

‘If you look at the numbers and chronology it is pretty impressive.

‘Do I think about these things daily? Not far off. I am on the cusp of potentially my last chance of it so here we go.’