Manu Tuilagi is primed to face the All Blacks on Saturday. The injury-prone centre pulled out of Saturday’s Test against South Africa with a groin strain, but on Sunday night was named in Eddie Jones’ 35-man party for the clash with world champions New Zealand.

Tuilagi has not started a Test since 2014, but Jones is keen to reintegrate the powerful midfielder.

Medical staff will continue to monitor the fitness of flanker Tom Curry, who is recovering from an ankle injury and left Twickenham on Saturday night on crutches. 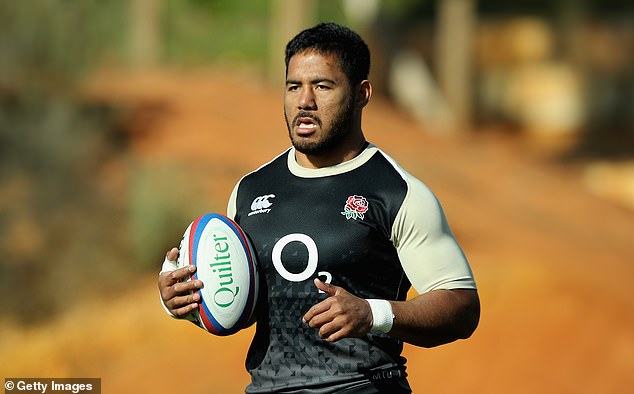 Lock Courtney Lawes has also passed a fitness test to come back into contention, however No 8 Ben Morgan has withdrawn with a shoulder injury.

Uncapped Harlequins centre Joe Marchant has been handed a surprise call up for the first time.

Eddie Jones and his squad are convinced that their narrow victory in the first of the autumn Tests can serve as a launch-pad to greater glory against New Zealand.

Much improvement will be required to conjure an upset, but a major part of the challenge is a mental one and there are early signs of a bullish attitude within the Red Rose set-up. 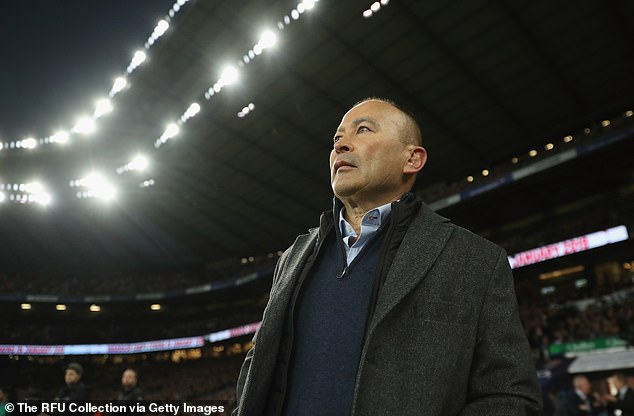 ‘Nothing has changed there. It just makes everyone feel a bit better. If you lose a game like that, it’s harder to pick them up. We won’t have to pick them up — we’ve just got to get them focused on the key things to beat the Kiwis.

‘I said to the boys after this game that I can’t wait. I cannot wait. They are the benchmark for world rugby; the team you want to play against.

‘Where you are in the world, you only know when you play against the All Blacks. Any team that wins 91 per cent of their games is a great team. What other teams in world sport do that? 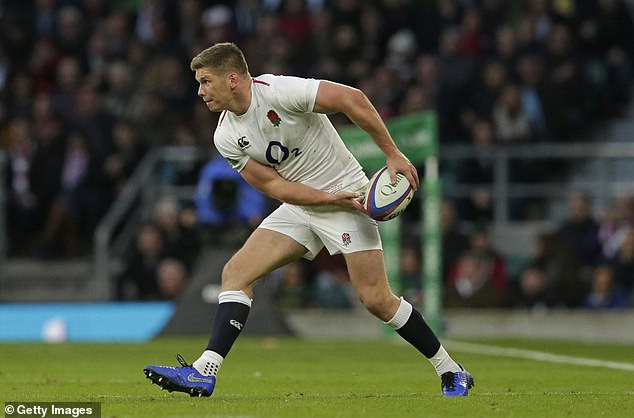 Co-captain Owen Farrell echoed this optimism: ‘Anyone can be beaten. I don’t think any team is unbeatable. They are a very good team, but they got beat not so long ago, didn’t they?’

New Zealand-born England centre Ben Te’o added: ‘Am I daunted by them? No, I’m not. I’m looking forward to playing them. We have to get out there, play with passion, be physical and have a real crack.’