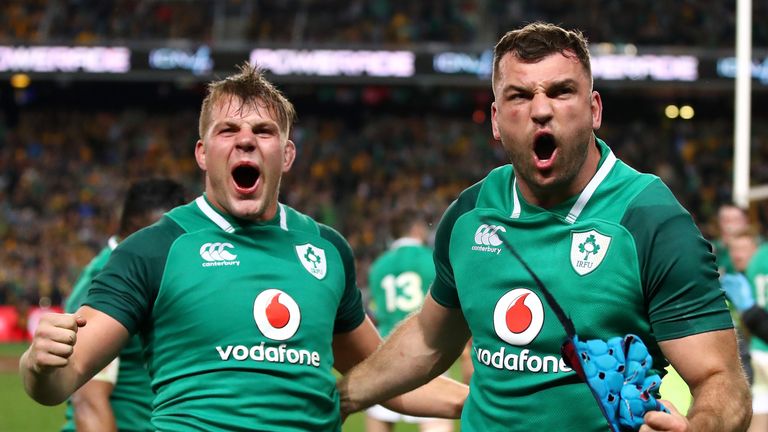 Tadhg Beirne is ready to stake his claim for a place in Ireland’s crowded second row, according to Munster team-mate Niall Scannell.

Beirne has been in outstanding form this season since joining Munster from Scarlets and impressed for Ireland in their recent 54-7 win over Italy, scoring two tries.

He was left out of the match-day squad for the Tests against Argentina and New Zealand and appears to be behind James Ryan, Devin Toner and Iain Henderson in Joe Schmidt’s mind.

But with Ryan released back to Leinster ahead of Ireland’s final November Test against the USA at the Aviva Stadium this weekend, the door is open for Beirne to feature.

Scannell, who also failed to make the match-day 23 for the wins over the Pumas and the All Blacks, said of Beirne: “Tadhg’s been unbelievably positive. With all of us there is disappointment but he has been in great club form in Munster.

“Same as he did against Italy, he’ll put his best foot forward and I’m sure he’ll be thinking that between now and the Six Nations as well.

“Tadhg’s acquitted himself unbelievably well, especially in training. He brings the edge that you see every week, he provides that in training.

“That was obviously brilliant for the lads last week preparing for the New Zealand breakdown and the same against Argentina.

“He would have liked to have been involved more, but I’m sure it won’t deter him, he’ll be the same this week if he gets a chance.”