Scrumhalf Faf de Klerk has answered an SOS from South Africa coach Rassie Erasmus and joined the Springbok squad for their test against France in Paris on Saturday, adding significant experience in a problem position for the side.

De Klerk was initially rested for the November internationals which, coupled with an injury to Ross Cronje, left the side with rookie scrumhalves Louis Schreuder, Embrose Papier and Ivan van Zyl, who had just eight caps between them ahead of the match against England at Twickenham at the weekend.

Following that 12-11 defeat, Erasmus has called on one of his stalwart players from this season in De Klerk, who has been nominated for the World Rugby Player of the Year award for 2018. 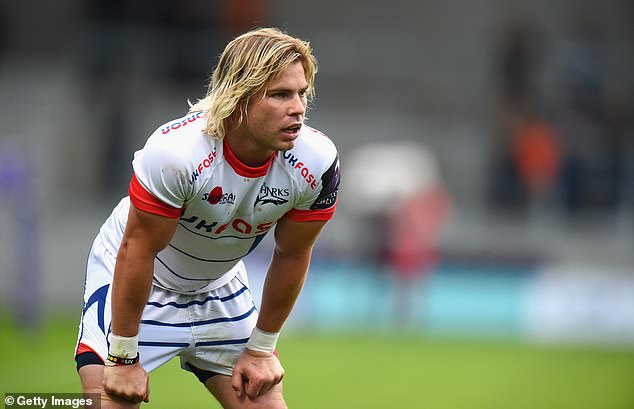 South Africa’s squad will also be boosted by the addition of their overseas-based players, who missed the England loss as the game fell outside of the designated international window.

The arrival of Mostert is a boost after Eben Etzebeth limped off just two minutes into the second-half of Saturday’s test and could miss the rest of the tour. 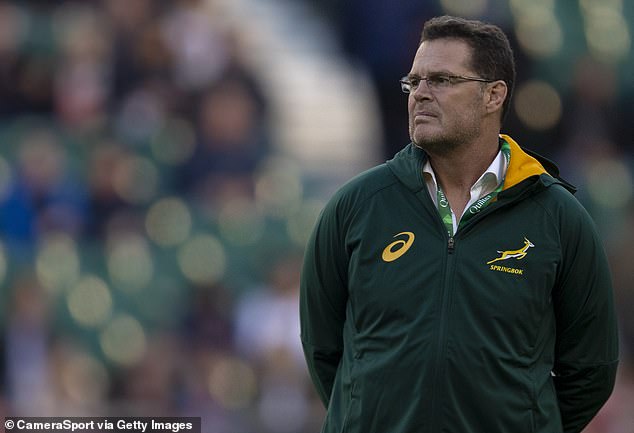 ‘Eben looks pretty bad,’ Erasmus told reporters. ‘He is out definitely for France and maybe the tour.’

It would compound a frustrating last 12 months for Etzebeth, who hurt his shoulder playing for the Boks against Wales last December and missed the entire Super Rugby season.

After South Africa’s meeting with France, they play tests against Scotland and Wales later this month. 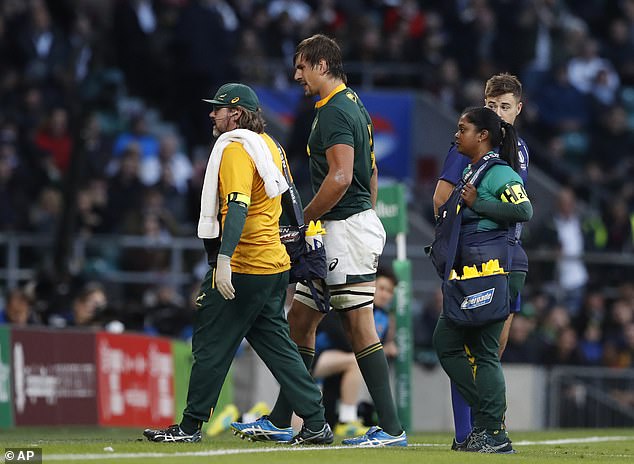