SCRUM'S THE WORD: Brodie Retallick gets shirty over 2014 name gaffe

Not only is Tokyo playing host to four of the biggest rugby teams in the world but also dignitaries from across the globe, as a new emperor is to be enthroned here.

Political leaders and royal families will descend on Japan on Tuesday to watch Emperor Naruhito take over from his father Akihito, who became the first to abdicate for more than 200 years aged 85.

The country will come to a standstill and observe a national holiday, with the main ceremony at the Imperial Palace at lunchtime. It could be a tricky situation to negotiate for Wales, as Japanese prime minister Shinzo Abe is to host a formal dinner in their hotel. 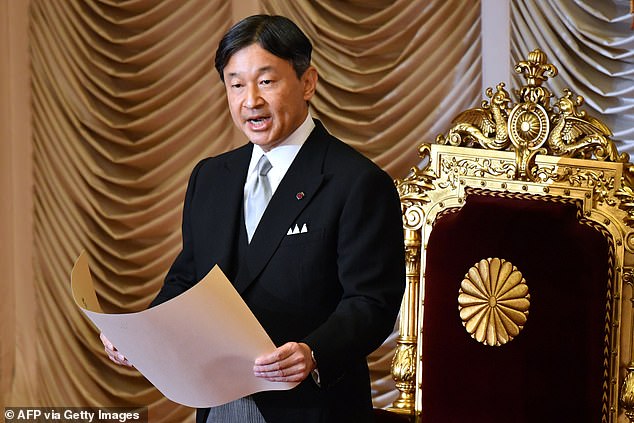 Warren Gatland was an hour late to his press conference on Monday because of the traffic in Tokyo.

He said: ‘We had to come in a separate entrance. There is security with metal detectors. We don’t know how our bus is going to get in and out in the next couple of days.’

At least they might be able to meet the Prince of Wales, who will be here for the event.

What a shame that Japan’s final press conference on Sunday was so secretive. The JRFU did not widely publicise an event with the squad who have lit up the tournament, and because it was not an official World Cup media session not even the tournament’s news service journalists knew to attend.

It was a PR own goal that the world’s media could not celebrate and report on the Brave Blossoms’ tournament for the final time. 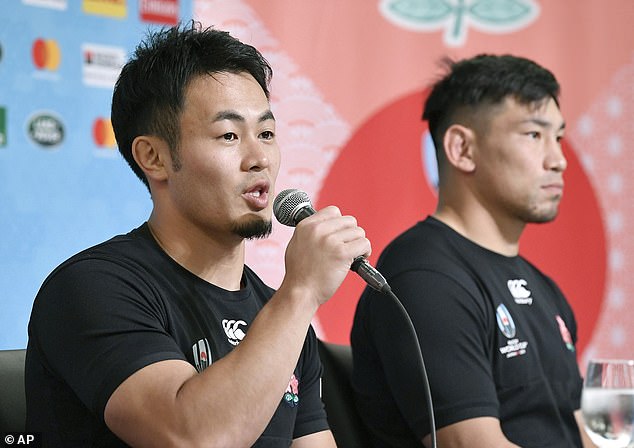 Wales were welcomed back to their hotel near Beppu after their last-gasp win over France to a rapturous reception.

Hordes of fans were also in the hotel, and lined up to clap the players in – singing the national anthem in perfect drunken harmony too, with Josh Navidi’s barber brother leading the celebrations.

All Blacks lock Brodie Retallick got shirty on Monday when he was asked if he has learned the names of England’s players since his gaffe in 2014. Retallick was accused of ignorance when, five years ago, he was unable to name any of England’s team during their summer tour.

Retallick even referred to his opposite man Courtney Lawes as ‘Michael Lawes’.

Asked if that was still the case, a stone-faced Retallick replied: ‘Is that supposed to be humorous? I made a mistake, called them the wrong name, the name of a New Zealand politician. Good on you.’ 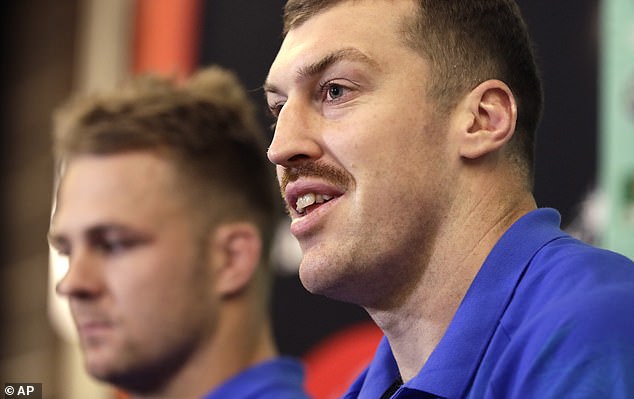 Chris Brunt reveals he is leaving West Brom after 13 years