Elliot Daly was finally announced as a Saracens player on Tuesday, ending months of speculation about the England star’s move back to London.

As Sportsmail reported in December Daly, 26, will join the English champions next season from Wasps.

The Lion has signed a contract until 2022, joining a team packed with England players including Billy and Mako Vunipola, Maro Itoje, Owen Farrell and Jamie George — who Daly is good friends with — as Saracens push their wage bill to the limit. 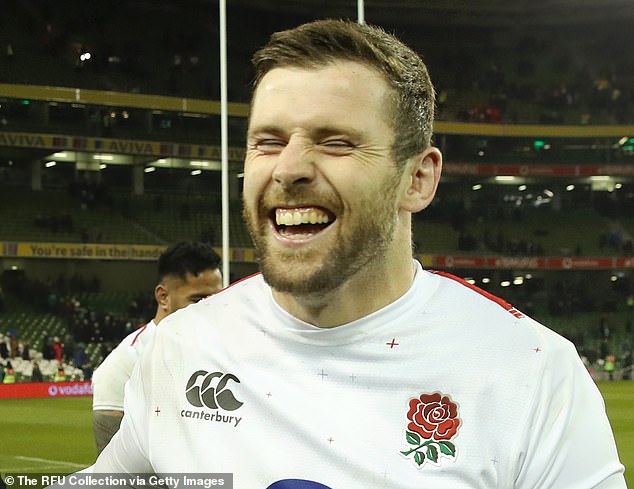 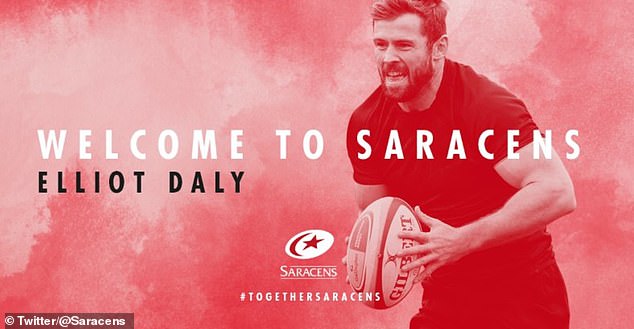 Croydon-born Daly, who has 26 England and three Lions caps, said: ‘At 26, I believe it is the right time in my career to explore a fresh challenge and the opportunity to do that with Saracens really excites me.

‘It’s a fantastic club which has had a lot of success in recent seasons and that’s something that I want to be a part of.

‘I’ve played with a few of the lads for England and the Lions, as well as enjoyed battles against them in the Premiership, and I’m looking forward to calling them club team-mates from next season.’

Saracens director of rugby Mark McCall added: ‘We are looking forward to welcoming Elliot to the club next season. 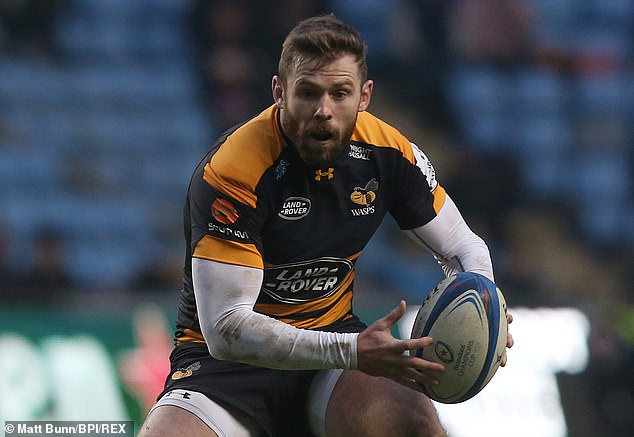 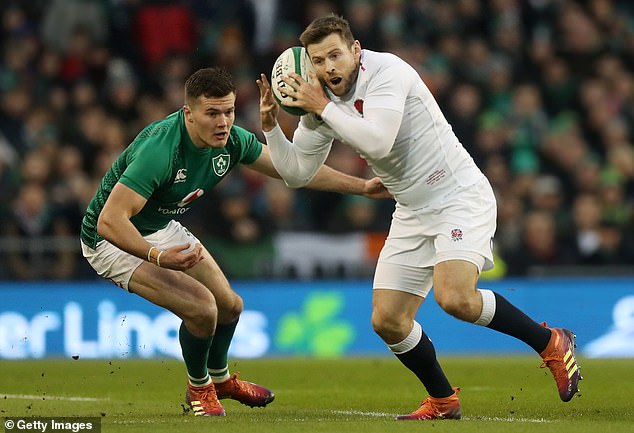 Daly, pictured in action for England against Ireland, will leave Wasps at the end of the season

‘He’s a talented player and at 26, his best years are ahead of him. Everyone at Saracens is excited to see him fulfil his potential with us.’

The Londoners had to pay 50 pence per £1 they overspent. The club cited a ‘systems error’ which has now been addressed.

‘There is no suggestion that the overrun was deliberate and this should therefore not be referred to as a breach of the Salary Cap regulations,’ said a Premiership Rugby spokesperson.