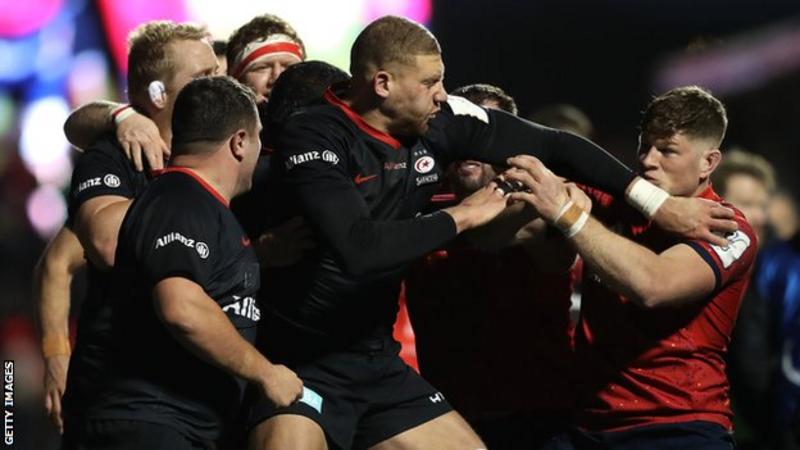 Assistant coach Alex Sanderson had told BT Sport during Saracens’ 15-6 Champions Cup win that it was related to George’s weight.

“As far as I know, one of their medical team said something which wasn’t all that good,” said McCall.

Munster say they do not know what caused the fight.

“Whether the fight helped, I don’t know,” added McCall, who will consider whether to raise the matter with Champions Cup organisers.

“The last 25 minutes of the match, we showed ourselves what we’re capable of. We’ve given ourselves a bit of a chance.”

Despite the loss Munster are second in Pool Four, one point ahead of Saracens, with French side Racing 92 six points ahead at the top.

The five pool leaders qualify for the quarter-finals, with the three best-placed runners-up also going through.

Saracens have a battle on their hands in the Premiership too, where they are bottom of the table on -18 points after a 35-point deduction.

But captain Owen Farrell says his side have not been distracted by the salary cap controversy.

“We’ve not been too fussed about the questions that have been asked about us,” he said. “We’re well and truly looking inwards.