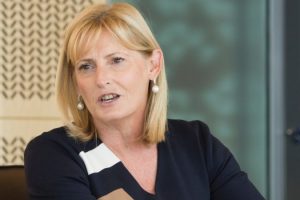 Rugby Australia is set to increase female representation and improve diversity on its board with the expected appointment of Dr Jane Wilson and Karen Penrose, with another new director in Matthew Hanning, at this month’s annual general meeting.

It comes as one-time Wallabies captain David Codey was nominated to be RA’s new president. 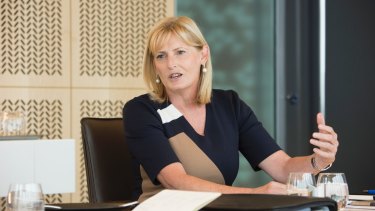 Karen Penrose at a Fairfax & KPMG Rebuilding Corporate Trust Round Table lunch at KPMG in Melbourne.

The Herald has obtained a member-wide notice issued before RA’s April 29 AGM, set to be held via video conference.

With three vacancies on the RA board, a nominations committee has put forward two females and a male for appointment, with all three having excellent financial acumen and wide-ranging backgrounds.

Wilson has more than 20 years of experience as an independent director of public companies, government-owned corporations and not-for-profit organisations following a career in finance, banking and medicine.

She is a guardian of the Future Fund, Australia’s sovereign wealth fund, and is a non-executive director of Sonic Healthcare, Transurban and the Costa Group.

Wilson has been extensively involved in Queensland rugby.

Meanwhile, Penrose was considered for her “financial acumen, general business experience and her extensive connection to the rugby community”.

Penrose is an experienced non-executive director and banker, with more than 20 years of experience leading businesses within the Commonwealth Bank and HSBC.

She is currently a non-executive director of Ramsay Health Care Bank of Queensland, Estia Health and Vicinity Centres. Penrose has served on boards of ASX-listed companies in financial services, resources, aged care and infrastructure sectors.

Penrose is affiliated with Barker College and has a passion for promoting the women’s game and increasing Indigenous representation in Australian rugby.

The third new director is set to be Hanning, an investment banker with a background in private equity.

He is a founding partner of Barrenjoey, a locally owned Australian securities firm, and the chairman of SAI Global.

Hanning was a partner at law firm Clayton Utz, a managing director at investment bank Morgan Stanley. He played rugby for Eastwood and club rugby in England.

Ann Sherry is the only current female director on the RA board, but three of RA’s seven voting directors will be now be women. It will be viewed as step in the right direction from a diversity perspective and leaves RA boasting one of the highest female board representations in Australian sport.

Only one of the Australian Rugby League Commission’s directors are women, while Cricket Australia has three women on a nine-person board.

RA was slammed last year when Supercars chairman Peter Wiggs, former Wallaby Daniel Herbert and ex-Virgin Australia boss Brett Godfrey joined the board, leaving Marlow as the only female director on the board, with then chief executive Raelene Castle.

“We only have one woman on the board … you can’t have women in the game rendered voiceless,” Sherry said at the time. “It feels like we’re going back into the past, not into the future.”

Wilson and Penrose will fill vacancies left by Wiggs (resigned on May 6) and John Wilson (resigned on June 24). Hanning takes the place of Hayden Rorke, who retires after three years as a director.

Chairman Hamish McLennan will also need to be voted in again, having been appointed by the board as a casual vacancy in June 2020.

Marlow, Herbert Godfrey and Phil Waugh will continue as directors.

In terms of a new president, Codey, who played 13 Tests for the Wallabies from 1983 to 1987 and captained the side on one occasion against the All Blacks, is set to replace Tim Gavin after being nominated by the Queensland Rugby Union and NSW Rugby Union.