Springboks coach Rassie Erasmus has stuck to his word and has started teaching his players to tackle like Owen Farrell.

South Africa felt hard done by at Twickenham on Saturday when, with the score at 12-11 in overtime, England’s No 10 produced a highly-contentious tackle on Andre Esterhuizen.

The tackle led to a South Africa turnover before England kicked the ball into touch to win the game. 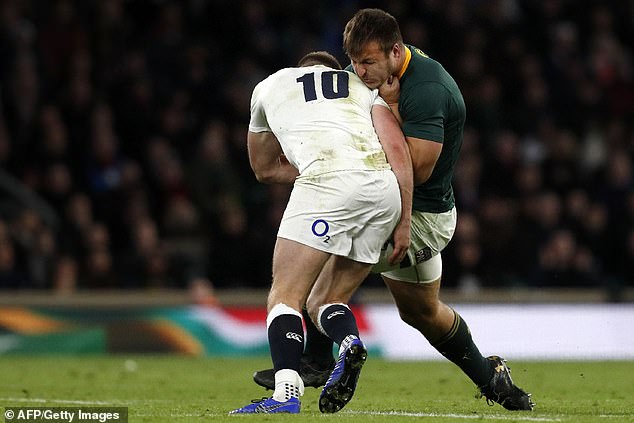 The co-captain hit South Africa’s No 23 with his shoulder, not wrapping his arms around him 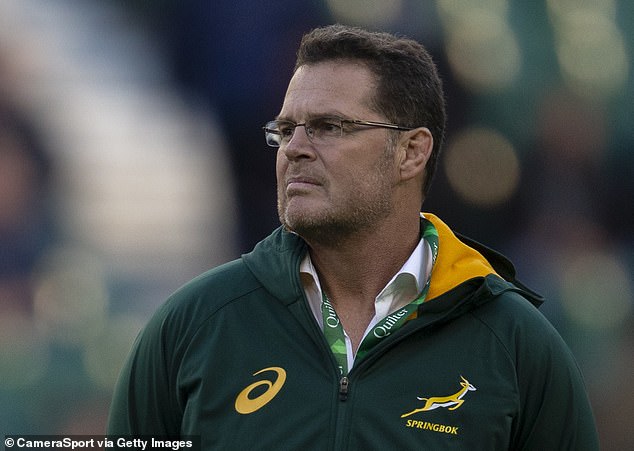 The Saracens fly-half appeared to hit Esterhuizen high around the shoulders, with his own right shoulder, which sent the South Africa No 23 tumbling to the floor.

‘We’ll just have to adapt our tackling like that,’ Erasmus quipped post-match when asked if his side should’ve been awarded a penalty from that incident.

Farrell faced no punishment after World Rugby, the global governing body, confirmed on Sunday night that the independent match commissioner had studied events at Twickenham and deemed no citings were required.

Erasmus, whose side face France in Paris this weekend, consequently headed out to the training ground and, conscious the cameras were on him, took Esterhuizen to one side to show him how to tackle just like Farrell. 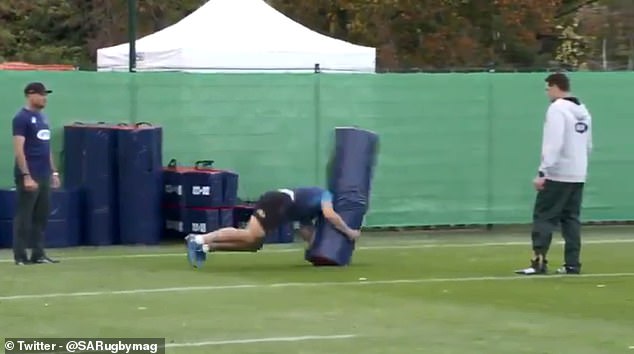 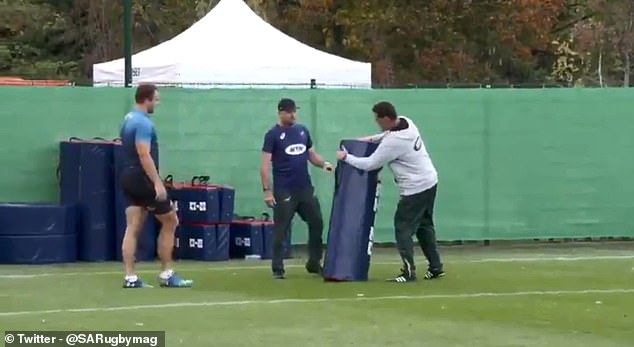 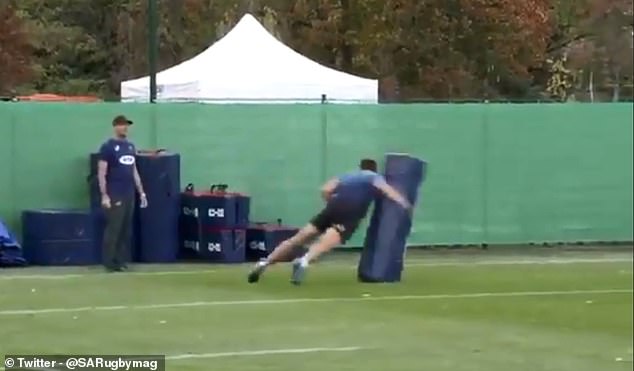 Esterhuizen began by hitting the tackle bag low down before Erasmus, in jest, persists to point to the top of the bag and urges his player to use his shoulder more forcefully.

The coach’s tongue-in-cheek methods shows, on the surface at least, he can now laugh about the situation following a tough Test against Eddie Jones’s side.

The tourists will have to front up again this weekend and will hope not to leave it down to a last-minute decision in the Stade de France.

VIDEO: Rassie Erasmus shows @Andre_301207 how he should be tackling following the Owen Farrell incident. pic.twitter.com/1s9tRzOzzT