‘Thank God there’s more than one place that loves me’: Quade Cooper takes huge swipe at Brad Thorn for forcing him out of Queensland Reds as he signs deal with Melbourne Rebels

Former Wallabies fly-half Quade Cooper will return to Super Rugby next season on a one-year contract with the Melbourne Rebels, saying he was ‘forced out’ last year by the Queensland Reds.

The 30-year-old Cooper did not play in the 2018 Super Rugby competition after being overlooked by the new Reds coach Brad Thorn. In a social media post on Tuesday Cooper announced his return to Super Rugby, saying ‘thank God there’s more than one place that loves me.’

‘I want to do whatever I can on and off the field to help grow the rugby community in Melbourne,’ Cooper said. ‘I’m keen to work hard and make the entire Rebels organisation and their fans proud.’ 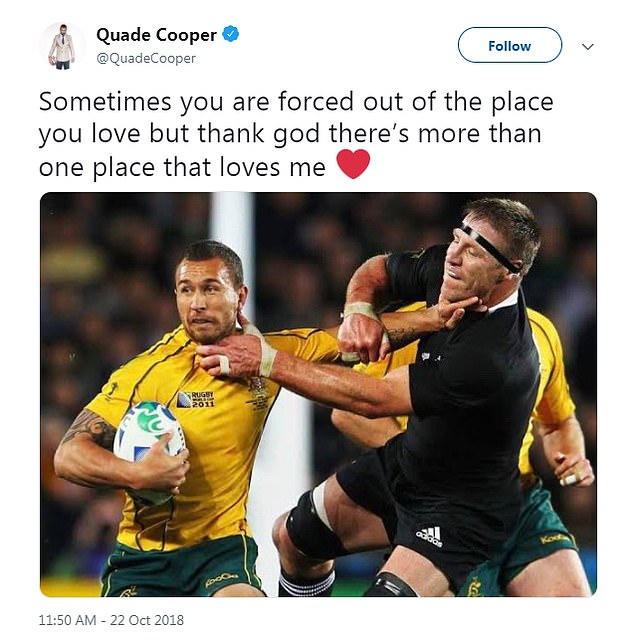 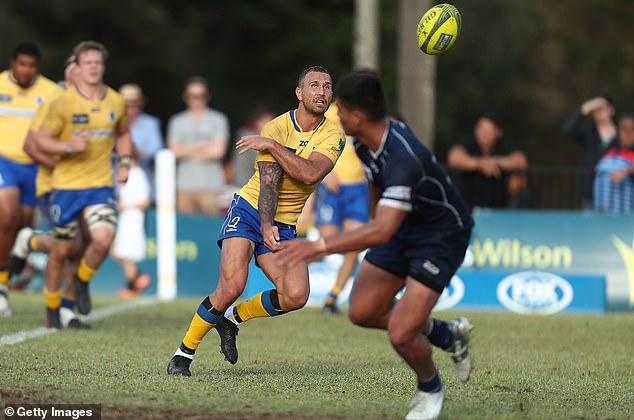 Since Reds froze him out, he has played for Brisbane City in National Rugby Championship

Thorn made clear before the 2018 season he didn’t see Cooper fitting into the team he hoped to build. Cooper was left to play club rugby in the Brisbane premiership for the rest of the season, which led to him being disregarded for national selection by Wallabies coach Michael Cheika.

Cheika has said he will consider selecting Cooper if the 70-Test veteran plays regularly at the top level.

Rebels coach Dave Wessels welcomed Cooper’s decision to move to Melbourne after spending most of his career at the Reds, where he played more than 100 games and won a Super Rugby title in 2011. 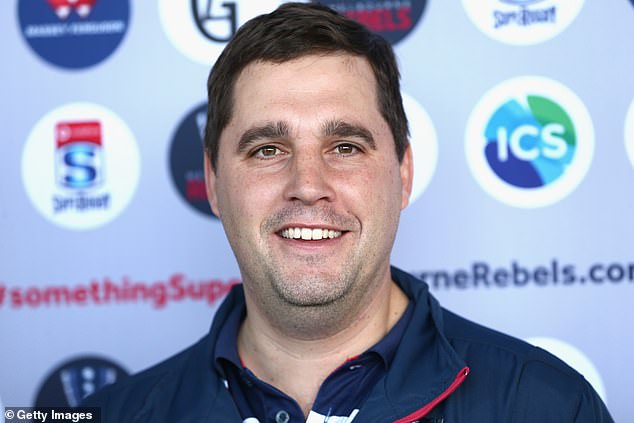 ‘I’ve been impressed by his love of the game, and his willingness to reflect on his journey,’ Wessels said. ‘He’s been pretty selfless in his commitment to club rugby in Brisbane and has shown patience and maturity.

‘He knows that he has some hard work ahead of him but he has the potential to be a really important spark for us over the next few months.’

At his best, Cooper has been one of world rugby’s most gifted and natural players. But he has also been a controversial and polarizing figure.