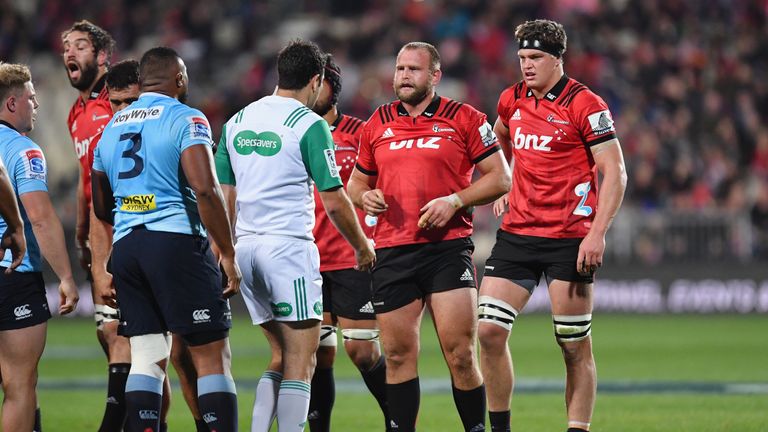 Prop Joe Moody has re-signed with the All Blacks and Canterbury Crusaders until 2022.

All Blacks coach Steve Hansen said retaining Moody was “fantastic news” for the world champions, describing the 30-year-old as one of the best looseheads in the game.

Moody has 36 Test caps and was a part of New Zealand’s 2015 World Cup triumph.

Hansen said: “He’s worked incredibly hard on his game over the years and has taken his opportunities when they have come.”

And Crusaders coach Scott Robertson is thrilled the powerful scrummager is staying with the defending Super Rugby champions.

Robertson said: “Joe is as good as it gets in world rugby.

“He’s a beast of a front-rower and a world-class athlete in his position.”

Moody missed the start of this year’s international season with a broken thumb, but has rejoined the All Blacks for their end-of-year tour, which begins when they play Australia in Japan this weekend.