Eddie Jones was denied the spectacle he was hoping for at Franklin’s Gardens on Sunday and he wasn’t the only one, as Northampton were accused of a lack of respect for the occasion — by their own director of rugby.

Jones had come along to assess George Furbank and David Ribbans — two contenders for his Six Nations squad — but Furbank withdrew after suffering an injury in the warm-up and Ribbans limped off before half-time. Courtney Lawes succumbed to illness at the break, but at least Lewis Ludlam passed his latest Test audition. 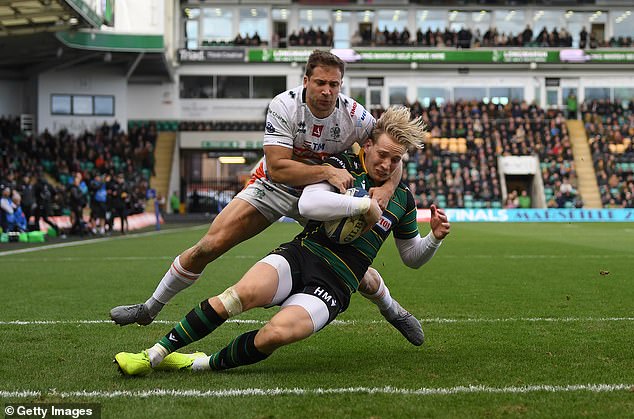 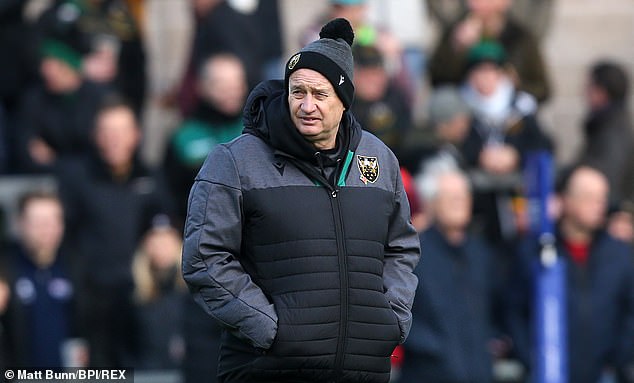 Collectively, the Saints were dire for most of this Heineken European Champions Cup, Pool 1 fixture and the Kiwi who has transformed them into title challengers was not amused. He let rip, saying: ‘That was a disgustingly dreadful performance. I apologise to everyone for that performance. It was a horrible game. We were terrible.

‘Anyone with any respect for the game would be horrified by that performance. I don’t need to say anything to the players, they’ve been apologising to each other. I don’t think we showed respect to the game or the opposition.

‘Clearly the plan was to get five points to keep us alive in Europe, but the danger when you talk to a team about scoring five points is that every time the players get the ball they think they have to score a try. All the fundamentals and basics go out of the game.

‘Dan Biggar, Alex Waller and Tom Wood were rotated out and those guys tend to be key in keeping the standards high. With all those guys away at one time, it became a bit of a perfect storm.’ 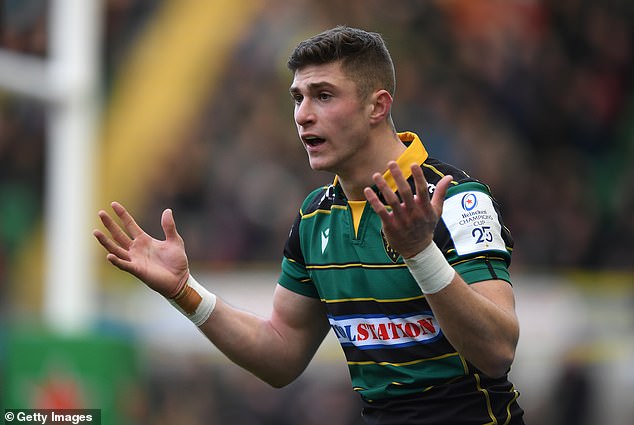 At least Northampton came through the storm, but their progress was far from serene. In what was expected to be a home banker against Italian opponents with no hope of qualifying for the quarter-finals, the Saints were trailing with eight minutes left.

There was an eerie tension in the stands as they faltered and fumbled in the face of valiant resistance. The hosts’ handling was poor, as was their decision-making. The lineout was an abject mess.

Harry Mallinder had marked his return after a 15-month injury absence with the opening try and the stage was set for a procession, but it never came. Benetton, as Treviso are officially known, defended with physicality and tenacity, and dominated the set-piece contest.

They led at the interval after Tommaso Benvenuti’s interception try and they would not go quietly, with hooker Hame Faiva touching down from a thunderous lineout drive in the 51st minute. 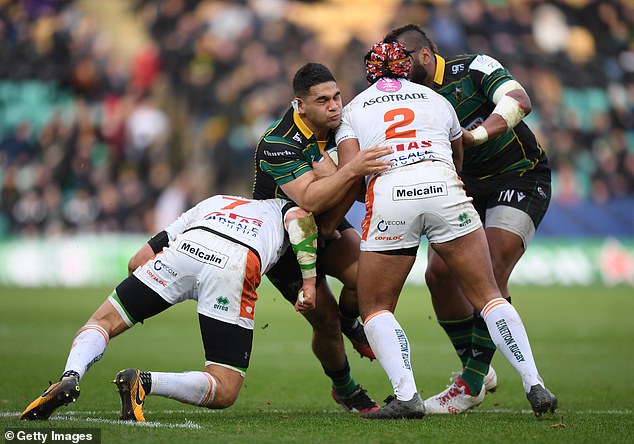 Henry Taylor had gone over soon after half-time and prop Francois van Wyk struck next for the stuttering Saints just before the hour, after the impressive Ollie Sleightholme had gone close. But Benetton led again through a Tommaso Allan penalty and when rampaging wing Taqele Naiyaravoro had a try ruled out nine minutes from time, Northampton seemed destined to suffer a shattering defeat.

Instead, late tries by Fraser Dingwall and Andy Symons kept them in the hunt for the quarter-finals. Boyd’s men will face Lyon in France on Saturday, no doubt still reeling from his harsh verdict.

They have a chance to go through, especially as Lyon will have only pride to play for, but they will have to be much better than they were on Sunday. It’s not often that a bonus-point win prompts a brutal post mortem, but that’s what awaits the Saints players.