Mullet-loving giant Retallick is the key to All Black domination

Never mind their flashy backs, mullet-loving giant Brodie Retallick, who can hit like a train and pass like an angel is the key to All Black domination

Forget the flashy backs. Beauden Barrett and Rieko Ioane have nothing on Brodie Retallick, the high energy, mullet-loving centrepiece of the All Blacks.

England should, must, fear Retallick next weekend. At 6ft 8in and more than 19 stone, he is a one-man wrecking machine. A fearsome lock who has all the skills of a world-class back rower and the deft hands that most backs would be proud of.

Plaudits frequently flow Barrett and Ioane’s way yet, in many ways, Retallick is the heart of this All Blacks team. 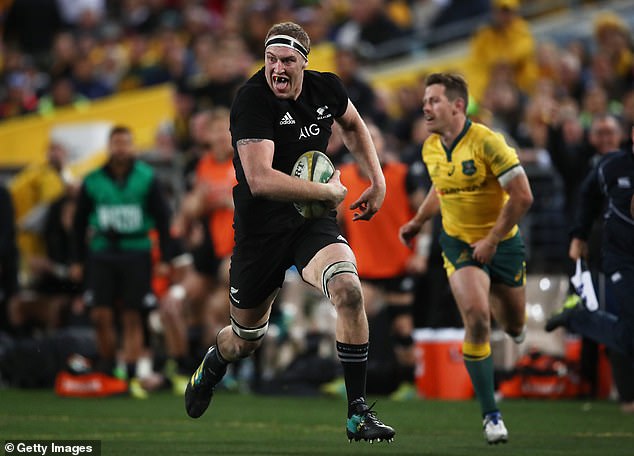 Brodie Retallick sprinted 40 metres to score against Australia, his fourth try in 72 Tests

Before his arrival on the world rugby scene, premier locks tended to favour an aerial or physical presence.

Retallick, affectionately known as the Guzzler because of his relentless appetite for action, set out to bottle the best of both worlds. When not tackling, contesting the air or pulling off charge-downs, he is displaying silky sleight of hand not expected of someone his size.

Just as he did in becoming 2014 World Rugby Player of the Year, Retallick continually redefines his brief.

‘When I started out I didn’t want to be one or the other,’ the 27-year-old once said of his quest to be the complete second-rower. ‘You look at Bakkies Botha and Victor Matfield, they had different roles within their team. I wanted to try and nail all of it and have an all-round game.

‘That’s always been in the back of my mind – to do the physical stuff, but then play with the ball out in the open.’

There is, perhaps, no better move that encapsulates Retallick more than his contender for the International Rugby Players’ try of the year. 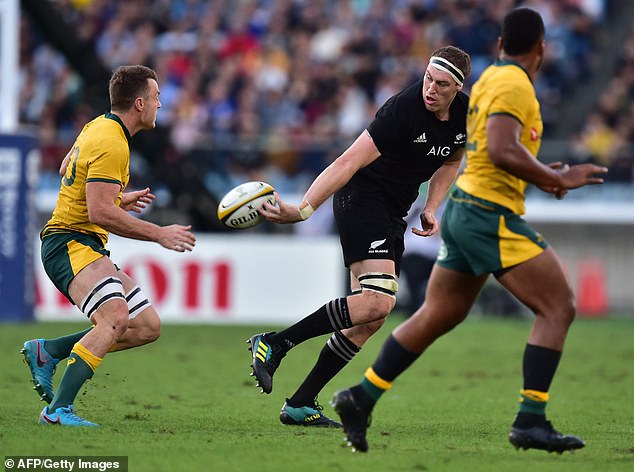 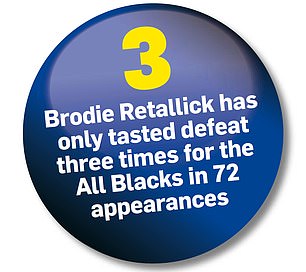 First he rag-dolls Wallabies half-back Will Genia to win the turnover, which is then flung wide for Barrett to launch a familiar, breathtaking counter from the 22. Jack Goodhue and Ben Smith combine down the short side, and the ball goes back to Retallick, who casually ranges on the wing.

Now most big men in his position, with Waisake Naholo, one of the world’s best finishers, outside him, would opt to draw and pass to the much quicker man.

Retallick, though, is far from ordinary. He instead chooses to sell both Naholo and Bernard Foley the perfect dummy, sprinting 40 metres for his fourth try in 72 Tests, in which he has had only three defeats.

As with all tight forwards, Retallick doesn’t score often but, when he does, his true character – the guy who doesn’t take life too seriously, loves rock and classic cars – shines through.

When he scores, a big grin spreads across his face, and he triumphantly thrusts a ‘rock on’ hand gesture in the air. These days that accompanies a mullet hairstyle which he shares with fellow All Blacks Sam Cane and Liam Squire.

‘We’re on the movement – it’s a mullet movement. Me, Liam and Sam have started it, and we’re taking all members,’ Retallick pronounced in August.

‘When we went to the hairdresser and got the mullet, she said, “If you ask me, the mullet never went out of fashion”.’ 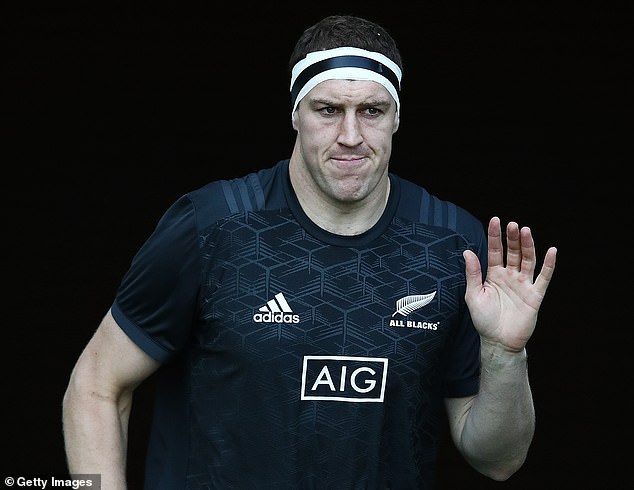 At 6ft 8in and more than 19 stone, the fearsome lock is a one-man wrecking machine

Glasgow coach Dave Rennie, asked during his tenure at the Chiefs if Retallick was the world’s best lock, replied: ‘By a long way. He’s just phenomenal.’

Few would disagree, certainly not All Blacks coach Steve Hansen, who had this to say following Retallick’s standout performance in this year’s opening Bledisloe Cup victory where he sparked and finished that try.

‘The biggest compliment you can give Brodie is he plays with another guy who is really special in Sam Whitelock,’ Hansen said. ‘To play 100 Tests for your country, you’ve got to be special.

‘Yet game after game people talk about Brodie, and he casts that shadow over Sammy a bit. That’s not a reflection on how good Sam is, it’s a reflection of how good Guzzler is. He’s got everything. He’s got a bit of mongrel, he’s got set-piece qualities, he can carry the ball and is a great defender.’

Such was Retallick’s rapid development, he made his Test debut not long after his 21st birthday, at the beginning of Hansen’s term in 2012, Retallick started alongside fellow newbies Aaron Smith and Julian Savea in the 42-10 victory over Ireland at a sold-out Eden Park.

He immediately looked at home.

Other than overseeing the build of his bespoke hot rod, designed to accommodate his long, lanky limbs, Retallick is never happier than in black.