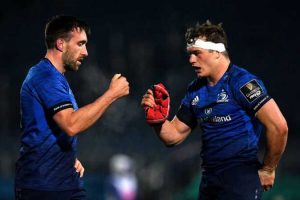 Leinster came good in the second half to claim a crucial 24-12 Guinness PRO14
bonus-point win over previously-unbeaten Ulster at the RDS.

Tries from Sean Cronin and Robbie Henshaw provided a big momentum shift just after the break as Leo Cullen’s men, who have a game in hand on the Conference A leaders, closed the gap at the summit to five points. 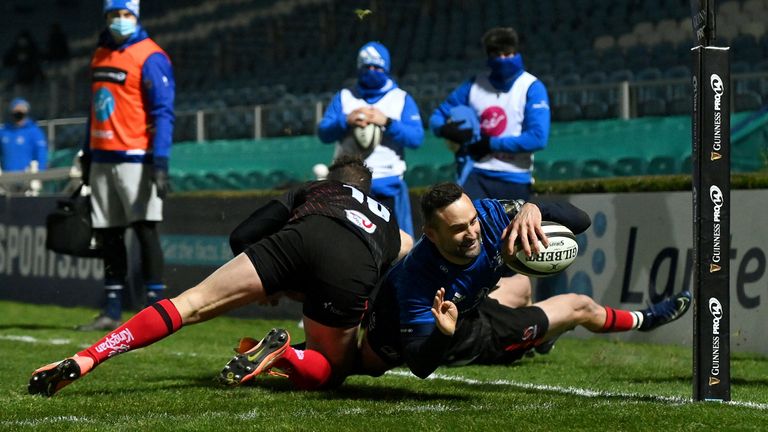 Ulster dominated possession early on but were unable to force a score. Their aggression at the breakdown and Henshaw’s thumping tackle on a kick-receiving Ethan McIlroy summed up the intensity on show.

The visitors deservedly edged ahead on the quarter-hour mark, Cooney rifling over a kick to punish some ‘escorting’ by James Ryan.

Following a miscued penalty attempt by Johnny Sexton, better continuity from Leinster – aided by a high-tackle penalty against Coetzee – had them in prime position to break the try deadlock.

Kearney finished expertly from a lovely long pass by Jamison Gibson-Park, the experienced winger brilliantly getting the ball down ahead of the covering Matt Faddes and Billy Burns.

Sexton again missed the target, this time from the touchline, and Ulster did really well to survive Coetzee’s sin-binning for a second high tackle.

Leinster were thwarted by some very good covering by McIlroy and Cooney, along with James Hume’s turnover penalty.

Indeed, scrum-half Cooney punished infringements by Ireland regulars Ryan and Andrew Porter to put four points between the sides. In between, the impressive Jordi Murphy won a hard-earned penalty in defence. 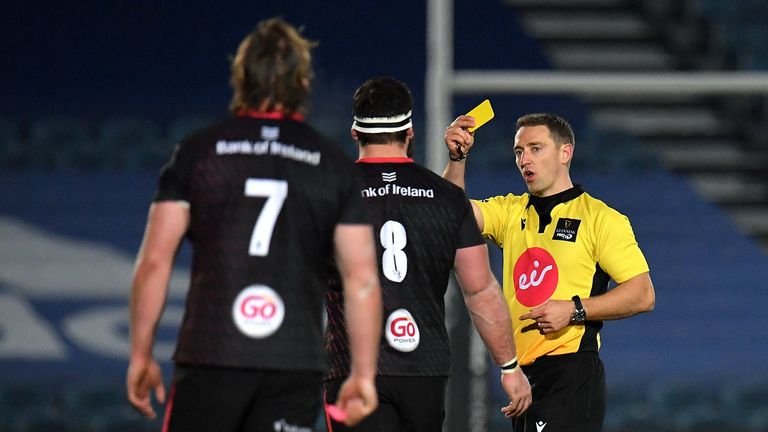 However, Leinster regained their usual rhythm by winning a succession of penalties near the right corner. Hooker Cronin was driven over from a five-metre lineout, with the added boost of a crisply-struck conversion from Sexton.

As Ulster came under further pressure, the fit-again Jordan Larmour was held up by Hume following some deft footwork by Hugo Keenan, whose all-action display earned him the player-of-the-match award.

Much quicker ball, with Caelan Doris prominent in the carry, led to Henshaw powering his way over in the 52nd minute having initially broken a tackle from Cooney. Sexton missed the conversion at 17-9.

Another Cooney strike had Ulster back in bonus point territory, but Tracy’s sharply-taken maul try, coupled with Ross Byrne’s interception in injury-time, ensured a 12-point winning margin for Leinster. 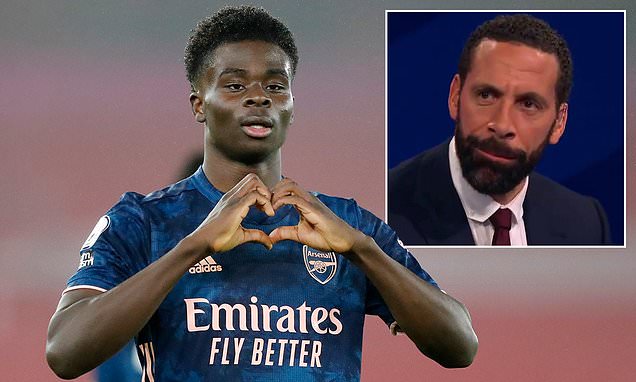