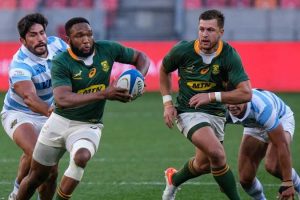 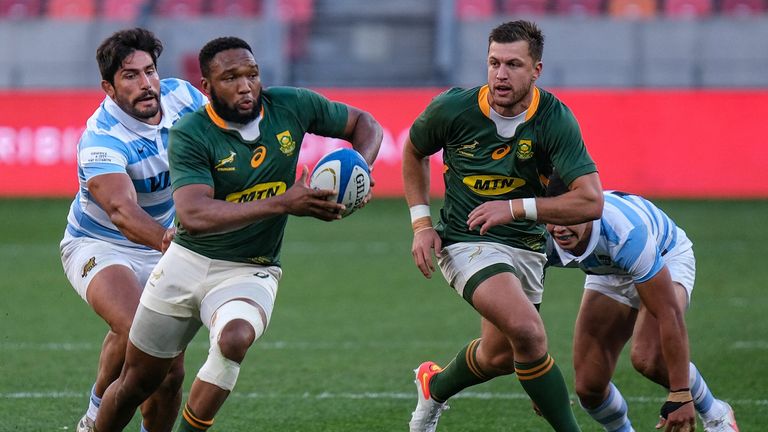 Both tries came in the second half, and the Springboks will be disappointed they could not score more to earn a bonus point in a dominant performance until a scrappy last 15 minutes.

Argentina scored a late try from loose-forward Pablo Matera, but they largely found the unyielding home defence too difficult to break down.

The teams were due to share a charter flight to Australia on Sunday, but championship organisers are discussing where and when the competition will continue due to COVID-19 travel regulations in New Zealand that have left plans on hold. 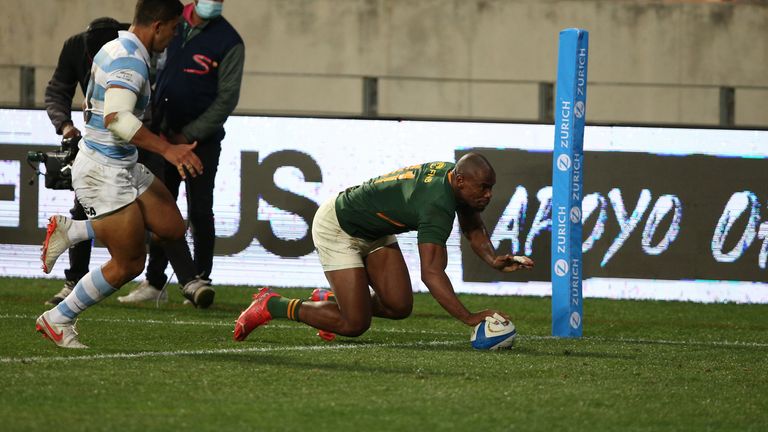 South Africa spent much of the first half in and around the Argentina 22, and it was that pressure which forced the visitors to concede penalties to keep the scoreboard ticking over.

They noticeably kept ball in hand more than in previous matches and turned down a number of kicks at the posts in favour of attacking line-outs, but the Argentinean defence was solid, particularly from the maul.

Argentina conceded 11 penalties in the first 31 minutes, and number eight Rodrigo Bruni paid the price after a team warning from English referee Karl Dickson with a yellow card that reduced the visitors to 14 players as the Boks led 15-3 at halftime. 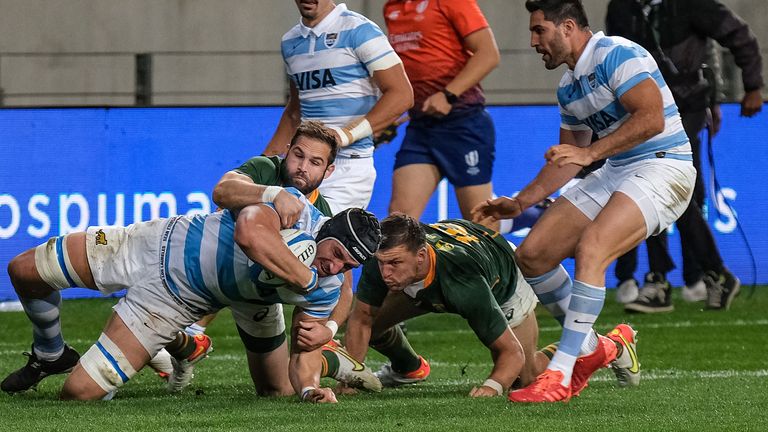 That advantage was extended further when they made yet another entry into the Argentina 22, and they showed patience to take the ball through the phases and work Mapimpi into space on the right-hand side as he crossed for his 16th try in 18 tests.

Argentina battled to get their hands on the ball and the Boks got their second score through more traditional means, a maul from an attacking lineout. 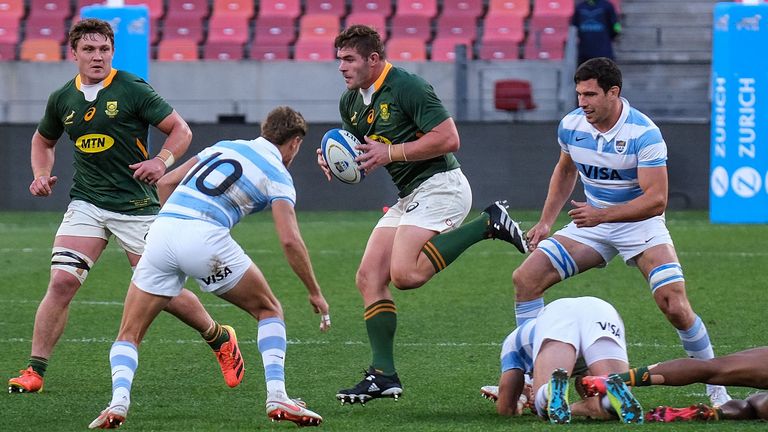 They had too much power for their opponents and Marx only had to fall over the line.

But they could not add another, wasting four attacking line-outs with poor throws and losing their way in the closing stages with unforced errors in a poor last quarter of the game.

Argentina grabbed a consolation score six minutes after the hooter as Matera barged his way over to score just the fifth try the Boks have conceded in their last 11 tests.