‘Most people are happy with the punishment’: Maro Itoje feels that rugby world is revelling in the demise of Saracens after relegation was confirmed for salary cap breaches

Maro Itoje claimed that Saracens’ fall from grace has been welcomed within English rugby.

The 25-year-old England lock was one of the players named in the report into multiple salary cap breaches, having been a beneficiary of investments from former club chairman Nigel Wray.

Speaking publicly for the first time about the controversy, Itoje said: ‘Most people are happy with the punishment Saracens have received.’ 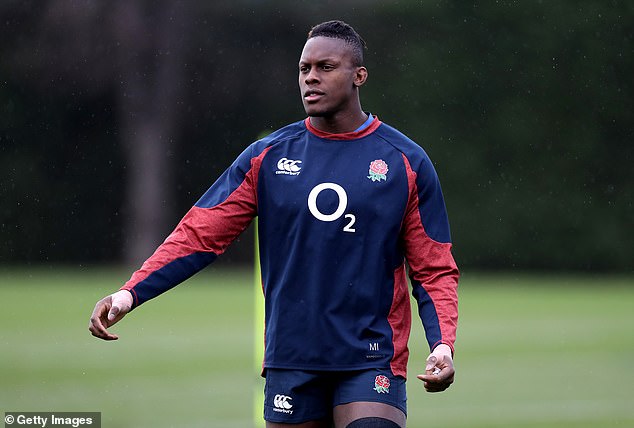 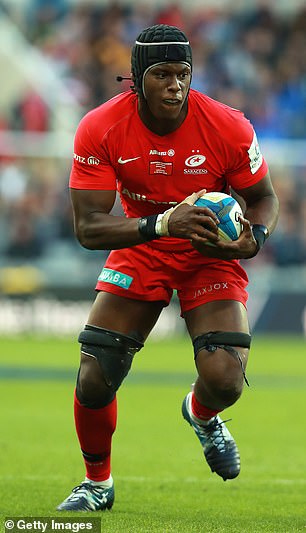 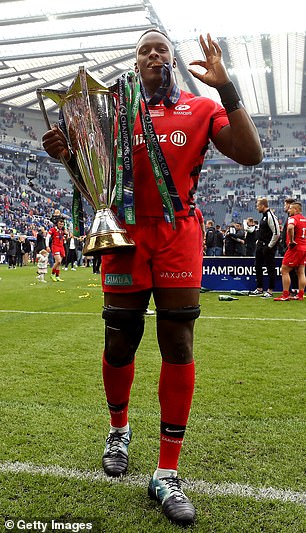 He denied having any knowledge the club were contravening Premiership  regulations, resulting in a £5.4million fine and automatic relegation at the end of this season after a deduction of 105 league points.

The guilty verdict prompted furious condemnation of the club from rivals — especially Exeter — and Itoje added: ‘I can understand what they are saying, where they are coming from and it’s a situation no one really wanted or wants to be in.’

The 103-page report into Saracens’ cap breaches over three recent seasons was leaked before the names of individual players could be redacted.

Itoje expressed his frustration about being identified, saying: ‘It wasn’t ideal. It felt like an invasion of privacy.’

American sports have a policy of players’ wages being published in the interests of transparency but Itoje said: ‘I’m sure it works in a lot of different places but, believe it or not, when it comes to finances, I’m quite a private person.

‘On an individual level, I wouldn’t want anybody or everybody knowing exactly what I’m earning. 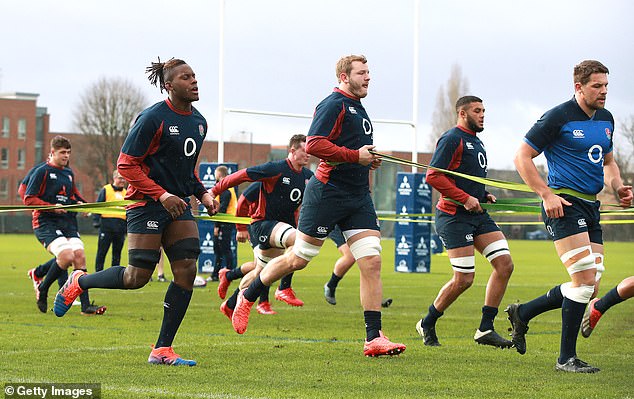 ‘Fortunately, we’re not public officials, so I don’t think there’s a genuine need for that. Obviously there is a salary cap manager and his job is to make sure everything is as it should be.’

With Saracens facing a season in the RFU Championship — the second tier of the domestic game — there has been speculation about whether they will be able to retain all their leading players.

Initial indications were that the senior England contingent — including national team captain Owen Farrell — are likely to stay, but Itoje would not reveal his plans.

‘We’ve had discussions with the club about what could potentially happen next year, what things are going to be in place,’ he said. 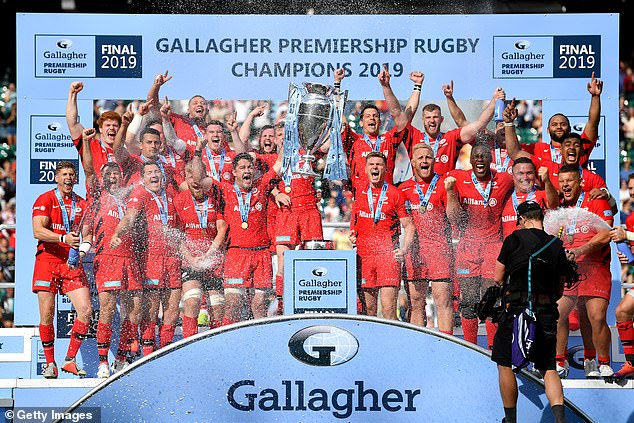 ‘Nothing has been finalised yet. But Smally (Saracens director of rugby, Mark McCall) said if I stay in the Championship, he’ll allow me to take drop-goals — that’s a bit of an incentive! It’s still to be confirmed.’

Jamie George, Saracens’ England hooker, was far more emphatic when asked whether he intended to remain at the club where he came through the ranks, saying: ‘That’s the plan, yeah. We as players feel a responsibility to pay back to the club.

‘These are very important times and we’ve got to make sure we give everything we can back to them.’