Uncapped Ospreys winger Luke Morgan will make his Wales debut on Saturday when they play Scotland in the Doddie Weir Cup at the Principality Stadium.

A second uncapped player, Cardiff Blues fly-half Jarrod Evans, is named on the bench as part of the 23-man squad.

Centre Jonathan Davies returns from injury to play for his country for the first time since 2017. He partners regional team-mate Hadleigh Parkes in the midfield with Gareth Anscombe and Gareth Davies partnering at half-back.

Nicky Smith, Ken Owens and Dillon Lewis make up the front-three combination, with Lewis making his first start at home for Wales.

Cory Hill and captain Alun Wyn Jones continue their partnership in the second-row with Dan Lydiate, Justin Tipuric and Ross Moriarty linking up to make an all-Lions back-row. 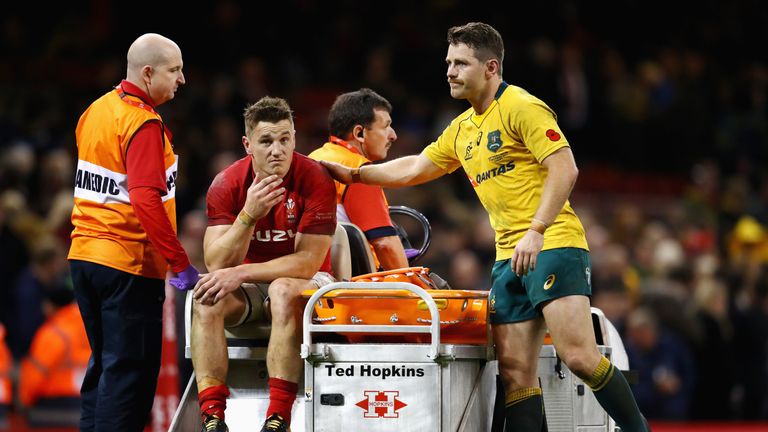 Head coach Warren Gatland is back in Wales having returned to New Zealand following the death of his father.

“We are looking forward to kicking off our autumn campaign on Saturday and it was great to welcome Warren back yesterday,” said backs coach, Rob Howley.

“Warren has been in constant dialogue with us over the past week and we have selected a very strong squad for this weekend.

“It is great to reward players on form and we are looking forward to seeing Luke make his debut on the wing”.

“He has come through the Sevens system, he will bring a point of difference to the squad and it’s a great opportunity for him. Likewise it will be good to see Jarrod from the bench and hopefully seeing some x-factor from him.”

“We are very respectful of this Scotland team and are looking forward to what should be a great opening match.”