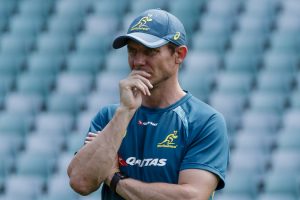 Stephen Larkham will return to the Brumbies as head coach five years after leaving the role for bigger challenges.

Larkham announced overnight he was leaving Irish province Munster for “a coaching opportunity closer to home”, turning down a contract extension offer, he said, for family reasons. 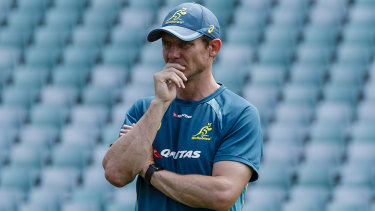 Stephen Larkham will return to the Brumbies. Credit:Brook Mitchell

Sources have told the Herald Larkham is the Brumbies’ preferred candidate to take over from Dan McKellar, who will leave at the end of the 2022 season to link up full time with the Wallabies.

Simon Cron, Rod Seib and Peter Hewat were all spoken to as part of the Brumbies’ search, but Larkham is understood to be the pick, reprising the role he held for three years until his move to the Wallabies under Michael Cheika in 2017.

He will coach with attack coach Seib and Brumbies forwards stalwart Laurie Fisher, taking charge of the club before the 2023 season.

A Munster statement, reported in Irish media, said that Larkham “eventually declined the extended contract offer citing personal reasons in seeking a return to Australia with his family and the additional incentive of a coaching opportunity closer to home.”

“I only recently spoke about my desire to remain with Munster and continue working with my fellow coaches and playing group,” Larkham said.

“That hopefully gives some indication as to how difficult a decision this has been for me. The staff, players, fans, and facilities are world class here and I am grateful to have had this opportunity.

“My family made a number of sacrifices in joining me on this move to Ireland and my girls’ adjustment over here, particularly with covid (sic), has been difficult. I have to put them first now, and with a coaching opportunity closer to home this is the right thing for my family at this time.

“For now, my focus is very much with Munster Rugby and with a long season ahead I will savour every moment of working within this great environment as we continue to build in the right direction.”