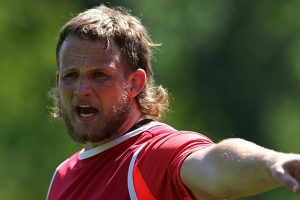 Jonny Hill spent the years before his international debut looking on in awe at former England lock George Kruis, so it will be a special moment for him when the pair go head-to-head on Sunday.

Kruis will play his last game before retirement for the Barbarians against the country of his birth and will pack down opposite Hill — the man who filled his void when Japan came calling.

Hill’s England debut came in October 2020 and just a few months after Kruis had stepped away from Test rugby to move to the Far East. Last year, he followed in Kruis’ footsteps by becoming a British & Irish Lion. 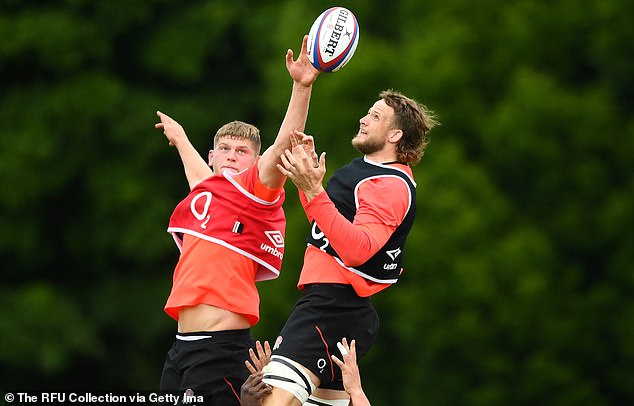 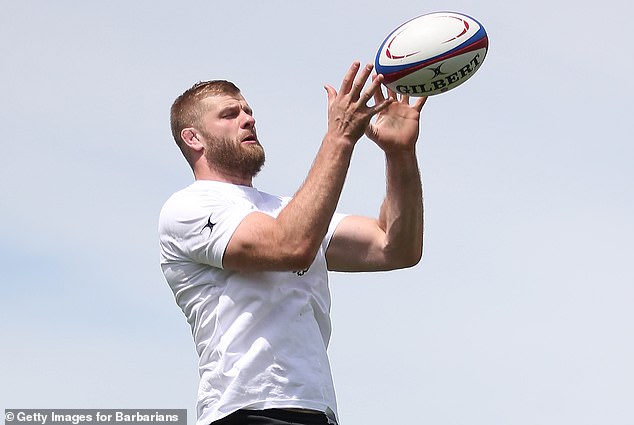 Hill has been a huge admirer of lock George Kruis, who is set for retirement after the match

‘I think George deserves the send-off he is going to get,’ said Hill, now back fit to feature for England after he missed the Six Nations with a stress fracture.

‘He’s given so much to England and I am honoured to be playing in his last game because I did look up to him when he was playing. He was a really good operator.’

Hill is no mug himself and the giant Sale-bound forward was a big miss for England head coach Eddie Jones at the start of the year. Without Hill, England won just two Six Nations games.

‘To miss any campaign is really, really frustrating and there were a few dark nights to be honest,’ said Hill. ‘On a personal level, I haven’t played for a while so I’m really excited to be back. 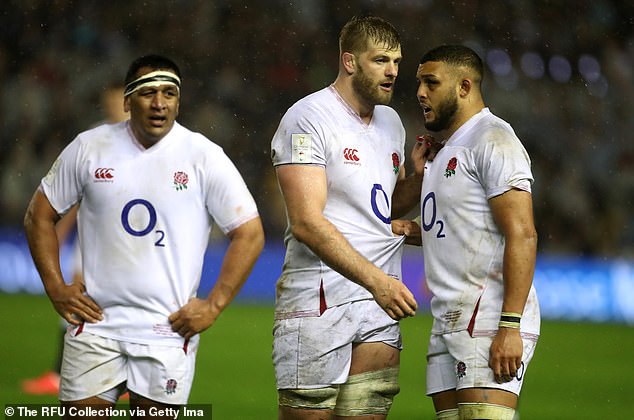 Kruis played for England before stepping back from Test rugby in 2020, heading to the Far East

Hill’s return to England colours will not be the easiest. A Barbarians second-row pairing of Kruis and La Rochelle’s Champions Cup winner Will Skelton is a formidable one.

A fully fit Hill will almost certainly be on England’s plane to Australia this week after he used his time on the sidelines to prepare for a move from Exeter to Sale for next season.

‘I have craved a change for a little while to be honest,’ he said. ‘I want to get the best out of myself and I feel as if a new environment will do that.

‘It was honestly horrible, really, really hard (to leave Exeter).

‘It feels like walking out on my family a little bit. It was a similar feeling when I left home and went to Hartpury College at 16.

‘I stood up in front of the boys and I couldn’t talk. I barely spoke, I just cried.’