Israel Folau and Bernard Foley doubts for Australia against England

Australia struck by sickness bug ahead of England Test, with Israel Folau and Bernard Foley’s fitness in doubt

Key Australia attacking talents Israel Folau and Bernard Foley have been struck with a sickness bug, plunging their fitness into doubt for Saturday’s England Test.

The Wallabies confirmed full-back Folau and fly-half Foley have not trained yet this week as 10 of the travelling contingent – a mix of players and staff – have been laid low by illness.

Back-row forward David Pocock is yet to train this week too due to a neck problem, with Australia still hoping the influential trio could be ready come the weekend. 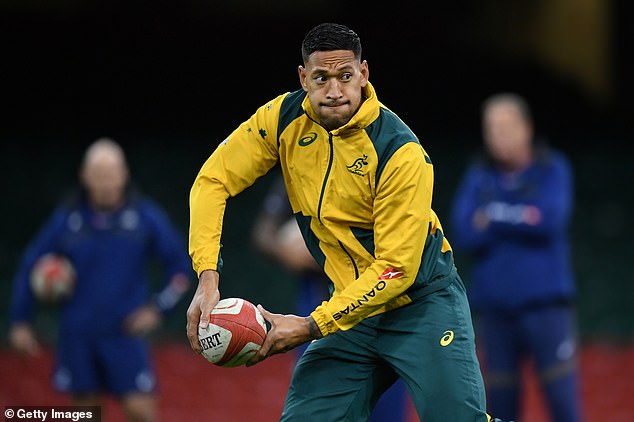 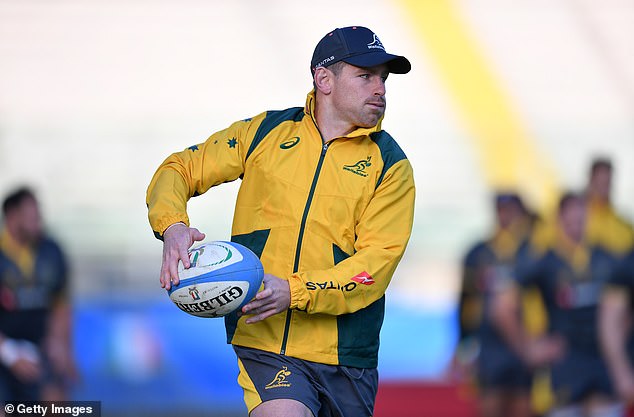 Along with Folau, Bernard Foley was among Australia’s contingent struck by a stomach bug

‘Israel Folau and Bernard Foley are still recovering from a stomach bug that cropped up at the end of last week,’ said an Australia spokesman.

Lock Izack Rodda insisted that the majority of the Wallabies camp have been kept away from those still harbouring illness.

‘I think there’s been a few players and a couple of staff unwell, but it’s been contained so it’s pretty good,’ said Rodda.

Pete Samu is primed to slot into Australia’s line-up should Pocock miss out through injury. 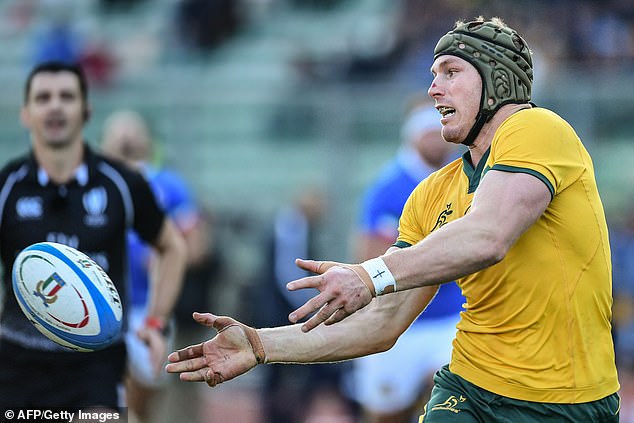 England boss Eddie Jones insisted he would pay no heed to Pocock’s early-week training absence on Monday night, saying: ‘When I heard it I thought ‘here we go again’.’

But Samu was adamant Australia would not play fast and loose with fitness updates.

‘He missed training yesterday, so we’ll give him every opportunity to be right this week and go from there.’

Asked how he would approach potentially replacing Pocock, Samu continued: ‘I’m ready for the challenge, if it comes to that.

‘I think the coaches and staff will give Pocock every opportunity to be right for the game. If it comes to that then I’ll be good to go.’ 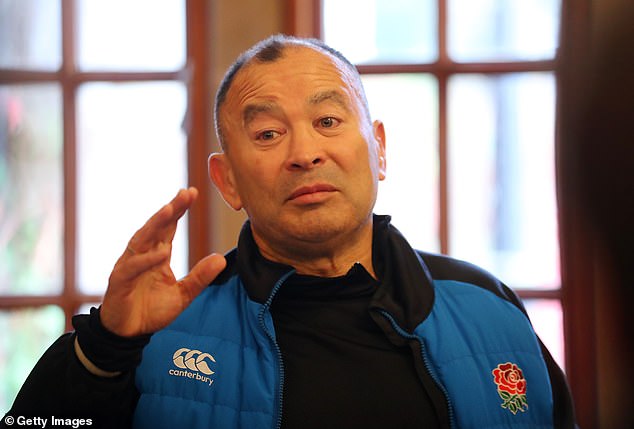