‘I’ve beaten myself up enough about this decision’: Ireland coach Joe Schmidt to announce his post-World Cup plans next week

Joe Schmidt has admitted he is still agonising about his decision on whether to commit his long-term future to Ireland or return to his native New Zealand.

Head coach Schmidt’s Ireland contract expires after next year’s World Cup in Japan, and the 53-year-old is front of the queue to step into New Zealand’s coaching ranks if he opts to return home.

Schmidt has masterminded both of Ireland’s victories over New Zealand, including Saturday’s 16-9 win in Dublin, and guided his team from eighth to second in the world rankings in five years at the helm. 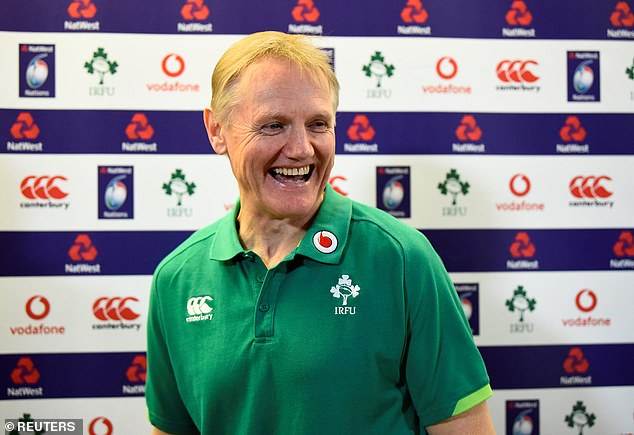 The former Leinster boss is now expected to announce his decision on his future next week – but conceded he continues to wrestle with what represents perhaps the biggest call of his coaching career.

‘It’s a decision that will probably not be finalised until Sunday, really,’ said Schmidt, ahead of Ireland closing their autumn campaign by hosting the USA on Saturday.

‘But it’s a decision that’s been a long time coming. The family I have probably committed most to is this family that I live with in Carton House (Ireland’s training base) as much as it is the family I have at home.

‘So we’ve put our heads together and tried to reconcile how we can best, maybe, cater for both.’

Schmidt has made 14 changes from the team that claimed Ireland’s first-ever win over New Zealand on home soil for Saturday’s clash with the USA at the Aviva Stadium.

Ireland have the chance to secure a second straight clean sweep in November this weekend, but Schmidt’s decision on his long-term future has long since loomed large.

The smart money remains on Schmidt returning to New Zealand, with the All Blacks doubtless keen on his services in the long run.

Schmidt will be in place with Ireland until after next year’s World Cup in Japan in any case, but admitted he has struggled with a decision on his next career call. 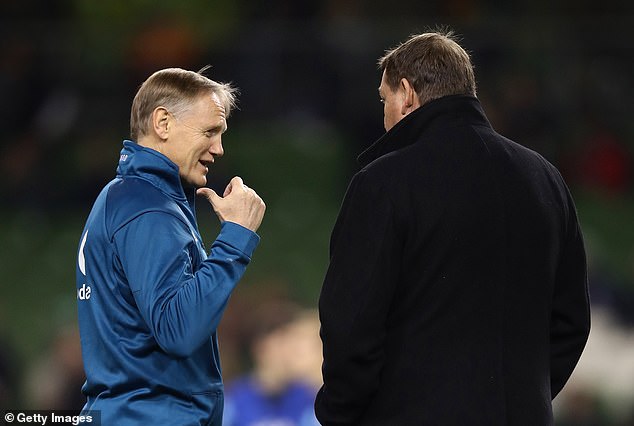 Asked when he will publicise the decision on his future, Schmidt said: ‘I think certainly early next week; I’d like to be able to take a deep breath on Sunday.

‘I know I can’t continue to just go backwards and forwards, because to be honest I’ve beaten myself up enough about this decision.

‘I’m probably going to be the most pleased of anyone, when it finally is made.’

Powerful lock Beirne traded Scarlets for Munster in the summer and has made rapid strides since then in Ireland’s ranks.

Schmidt hailed the 26-year-old’s ‘intuitive’ rugby attributes, as he partners Iain Henderson in the engine room this weekend.

‘Tadhg (Beirne) has slotted in so well, coming off the bench a couple of times in Australia in the summer, and bedding in as part of the broader squad,’ said Schmidt.

‘And I thought Iain Henderson came on and did really well last week against New Zealand.

‘Tadhg has a really instinctive feel for the game; his running lines, his ability to get into the right defensive positions.

‘Those things are a little bit intuitive, and it’s great to coach a guy who tends to know where to be most of the time.’