The All Blacks produced a stunning rendition of their ceremonial Haka war dance before facing England at Twickenham.

The routine was led by replacement scrum-half TJ Perenara with all 23 members of the playing squad participating in the tradition that was first performed by the rugby union team in 1905.

The home crowd drowned out much of the haka with a rendition of anthem ‘Swing Low Sweet Chariot’ in response. 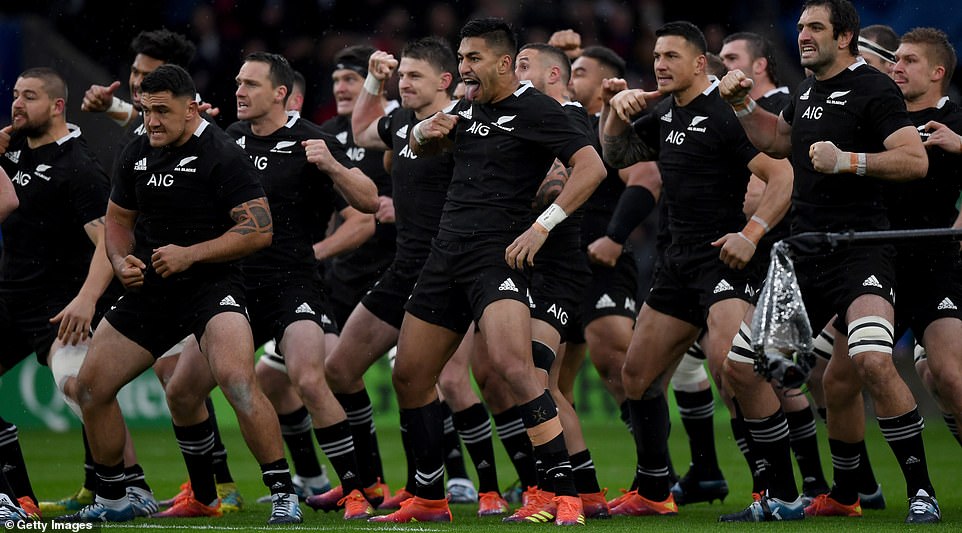 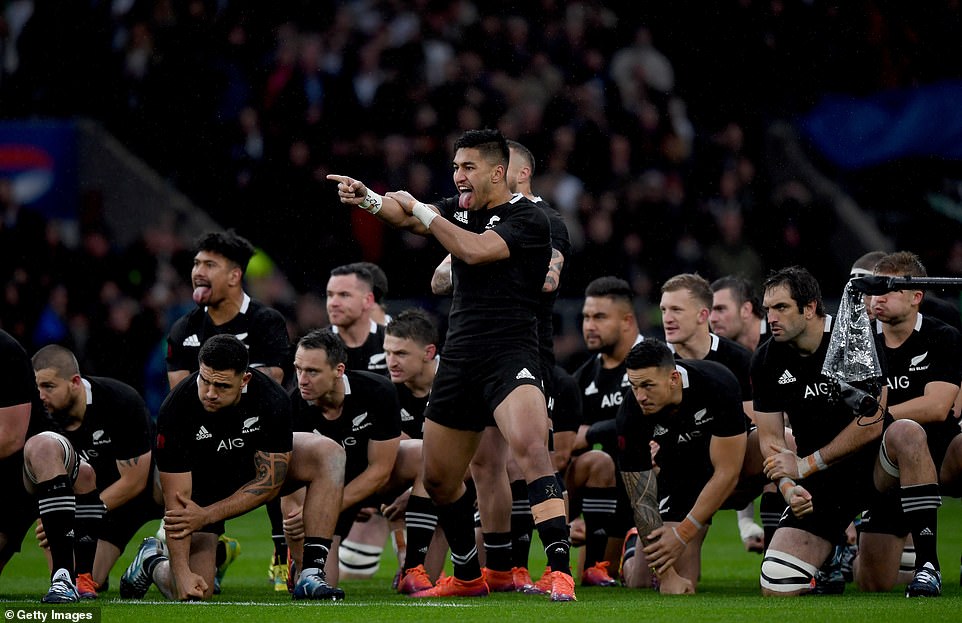 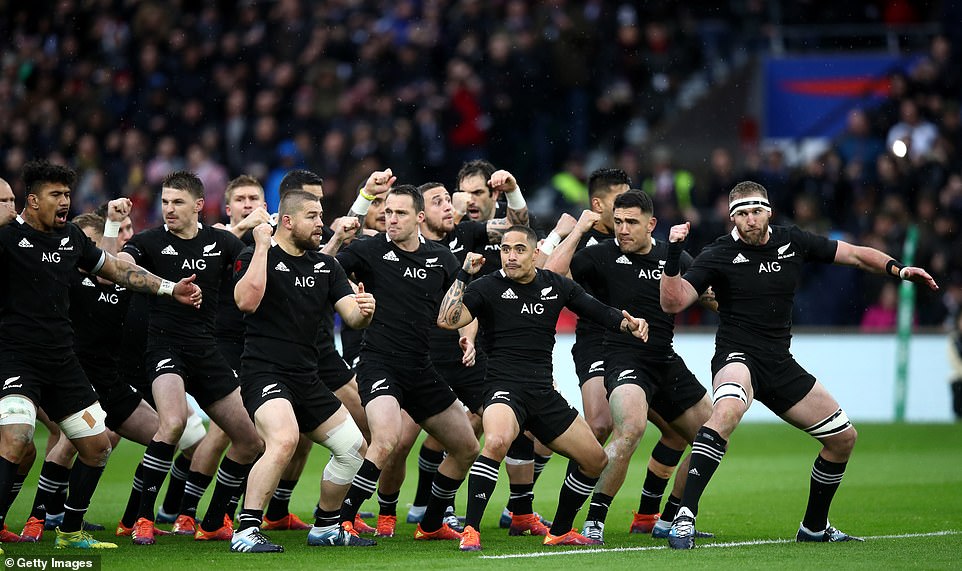 There are multiple variations of the haka, each one with different meanings and significance within Maori culture

England’s players stood in respectful silence, resisting temptation to replicate some of the more memorable challenges to the haka that have been seen in previous years.

These include hooker Richard Cockerill facing up to it in in a previous international, while Wales once also refused to back down to it.

New Zealand are playing England for the first time since 2014, and have not lost to them since December 2016. 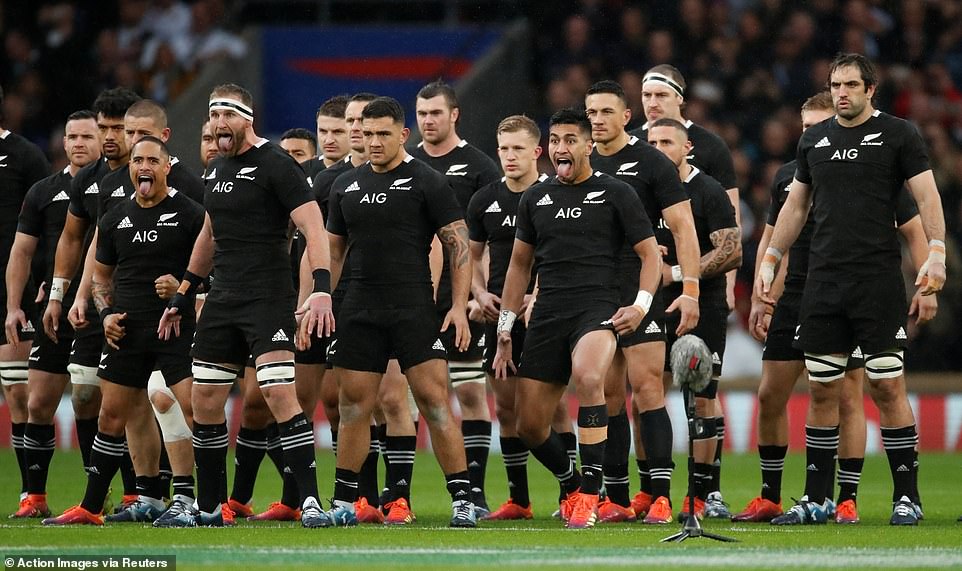 The haka has been performed by the All Blacks for more than 100 years, first appearing in 1905 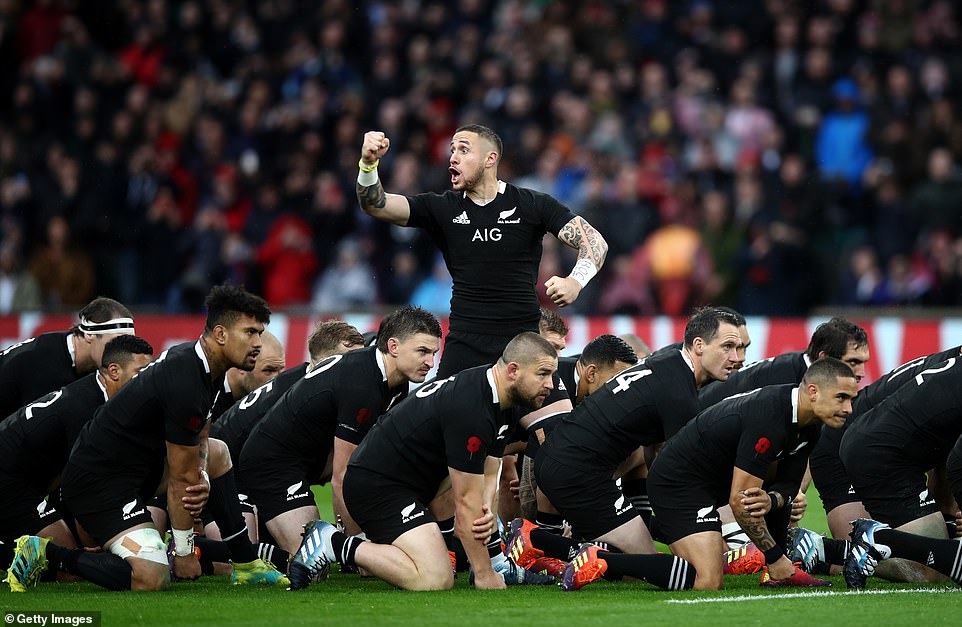 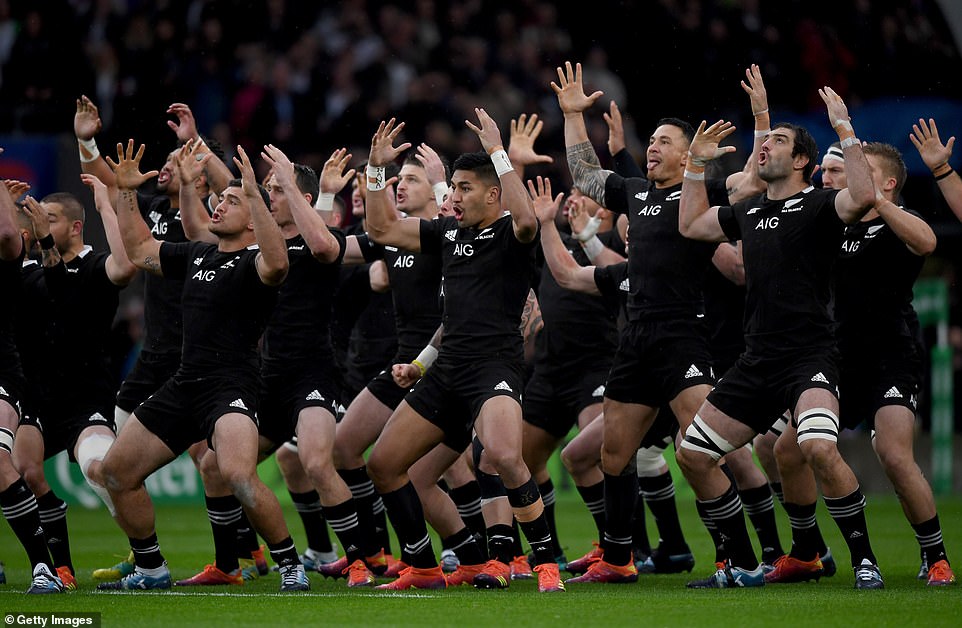 While the players performed the dance, the home crowd responded with a loud rendition of ‘Swing Low Sweet Chariot’

It has been part of Maori culture for centuries, but was first introduced into rugby first by Australia 1884, and in 1888 was performed by a touring Maori team in England.

Only in recent years has the haka started to be taken seriously as the dance has become more fearsome and performative.

Indeed, it was initially not taken particularly seriously or adopted as passionately by the All Blacks. 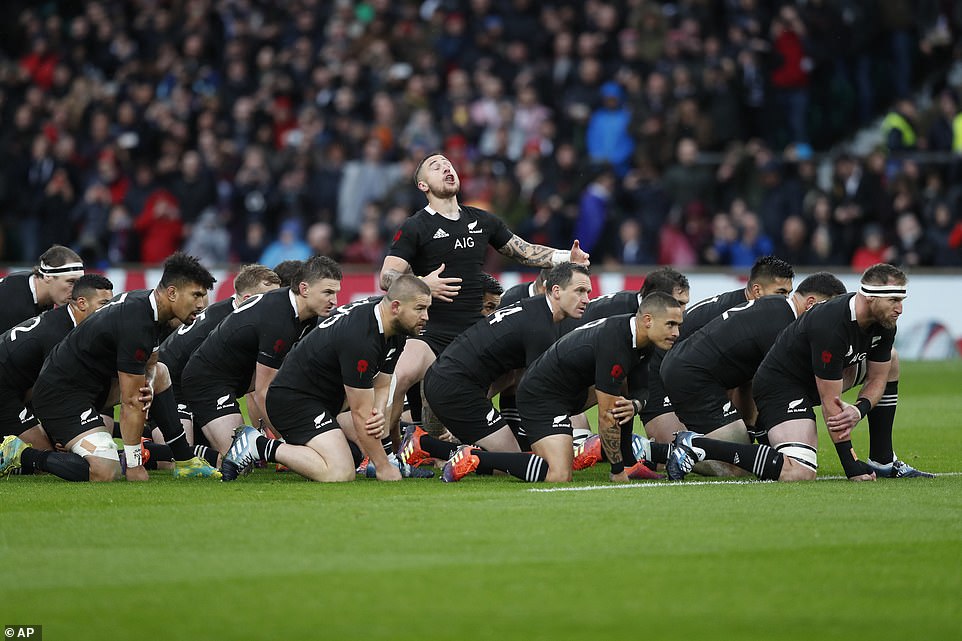 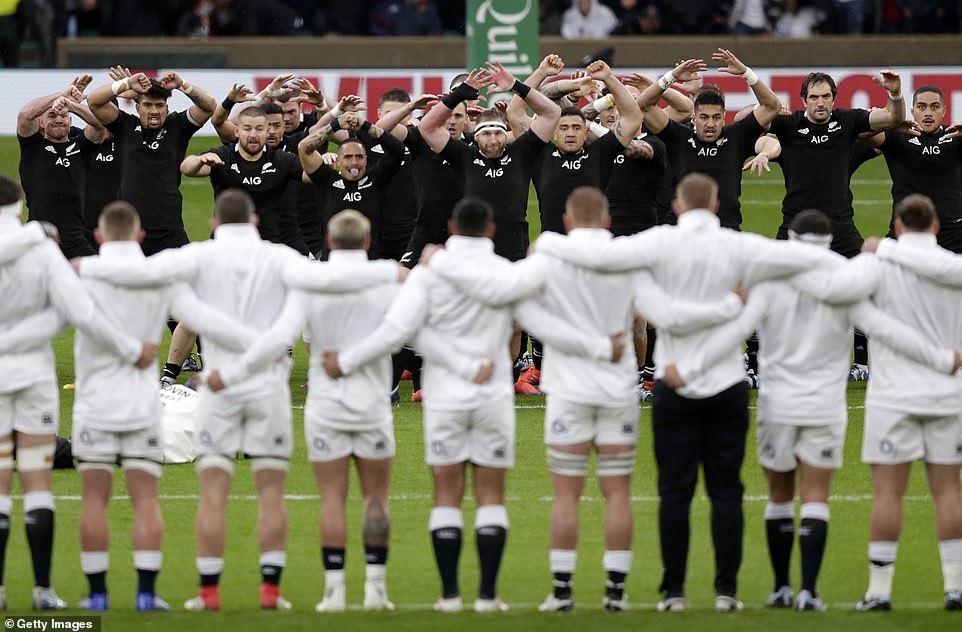 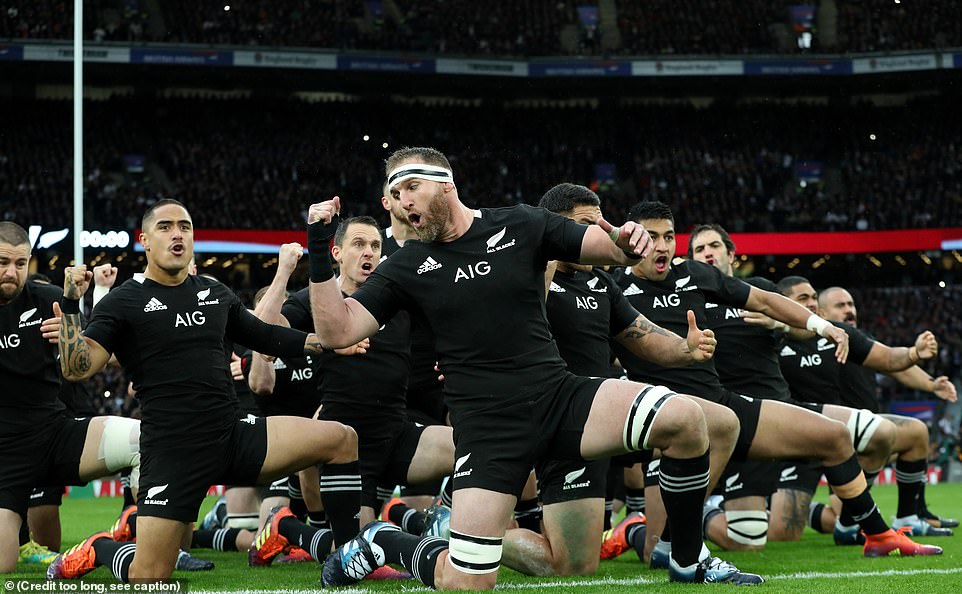 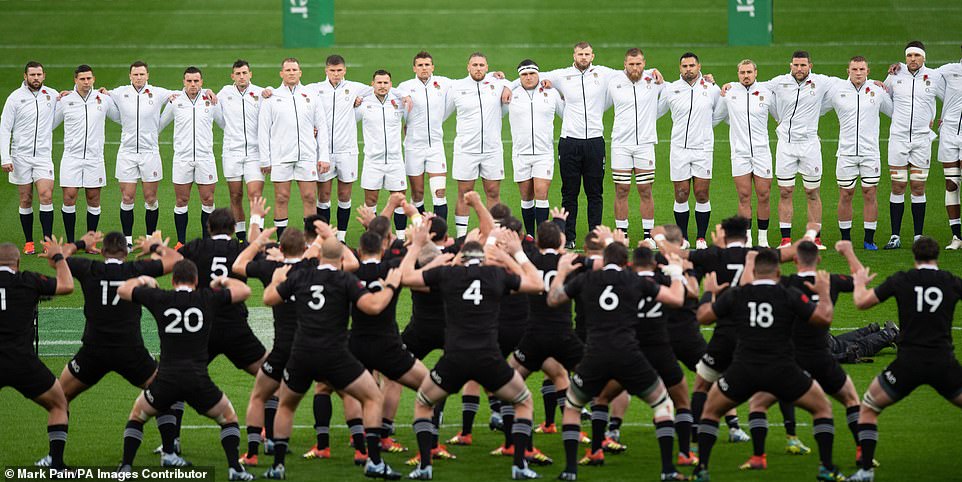 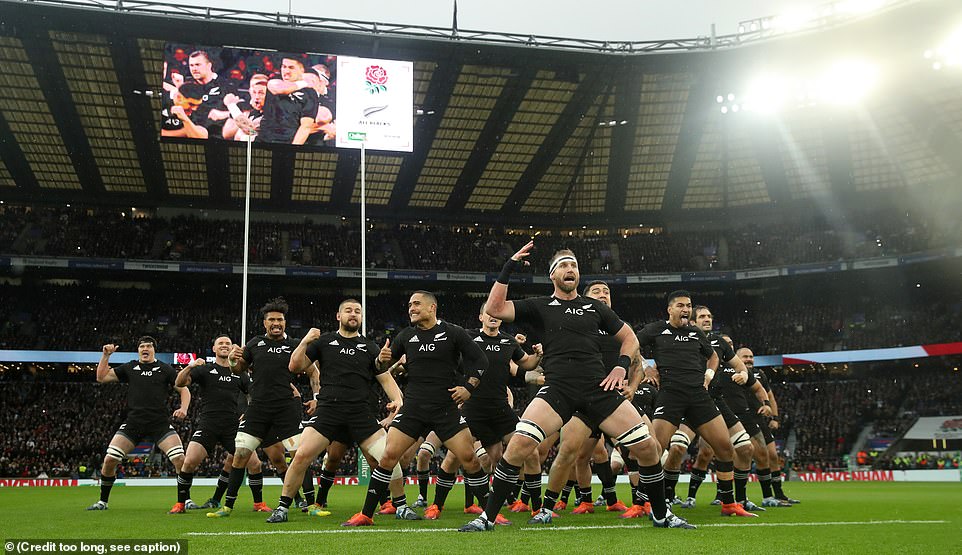 Haka originated from Tane-rore, the child of the Sun-god, and his summer maid. He is represented by quivering of hands