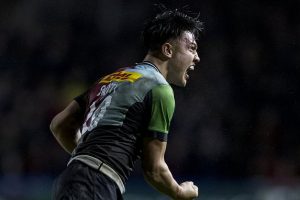 Deep down, Harlequins knew this was a game they barely deserved to win. ‘How’s Rob? Poor bugger,’ asked Tabai Matson as he followed his contemporary into the press gantry.

Rob Baxter put on a brave face but it must have felt like being kicked in the stomach several times over. Exeter were seconds away from the gutsiest victory of the season. They scrapped for every inch after Alec Hepburn was sent off in the first half but lost out in the 80th minute.

With ice running through his veins, Marcus Smith converted Andre Esterhuizen’s late try from the touchline, before Esterhuizen consolidated the victory with a dubious turnover in the final play. 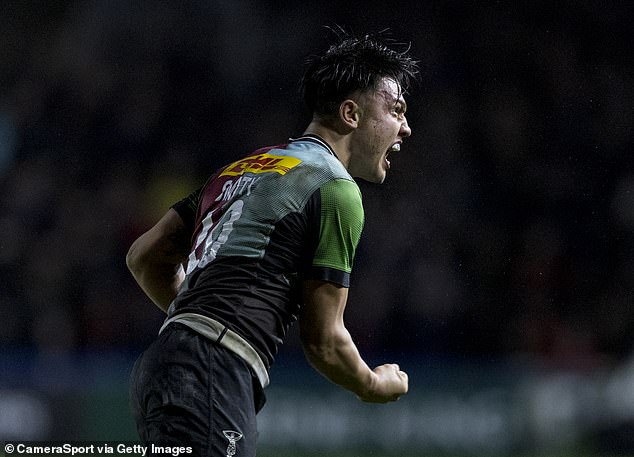 ‘You have got to tip your hat to Exeter. What a gritty group of men,’ said Matson. ‘They probably deserved a little bit more than that.’

Until Hepburn was sent off in the 40th minute for tipping Joe Marler on to his head, Harlequins looked like a team on a mission. Luke Northmore and Henry Slade’s tries meant the scores were level but Harlequins won scrum penalties, Danny Care dazzled and they enjoyed more than 70 per cent of the possession. Yet the red card acted as a catalyst for the Chiefs’ show of defiance.

Playing a man short in the backline, Ian Whitten and Jack Nowell scrambled to chase every kick. Ben Moon came off the bench to shore up a sinking scrum. And the defensive effort was full of guts and desperation, covering extra ground to deny Quins four gilt-edged scoring opportunities in the second half. 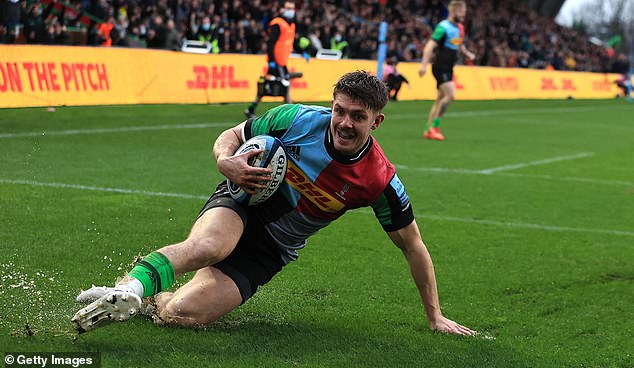 ‘We made the decision just before half-time to hand the game over to the forwards,’ said Baxter. ‘The game was always going to be controlled by whoever controlled the set piece. We saw some of our best individual performances of the season.’

Piggybacking their way up the pitch with two penalties, Exeter took the lead in the 66th minute when their backs piled into a driving maul to push over Jack Innard. The visitors battled to hold onto their lead but Quins enjoyed a long spell of possession in the final 10 minutes. They missed several shots but eventually stretched Exeter’s defence to breaking point.

‘We probably should have got the ball off the pitch,’ admitted Baxter. ‘That would have burned the clock down. We dropped into being ourselves and keeping the ball on the field. That allowed Quins one too many attacks and they capitalised.’

Esterhuizen gathered Smith’s crossfield kick to score in space out wide. Exeter kept coming and launched one last attack, which Esterhuizen turned over. On second glance, he appeared to illegally reach beyond the ball, so it was little wonder Matson felt a dose of sympathy. 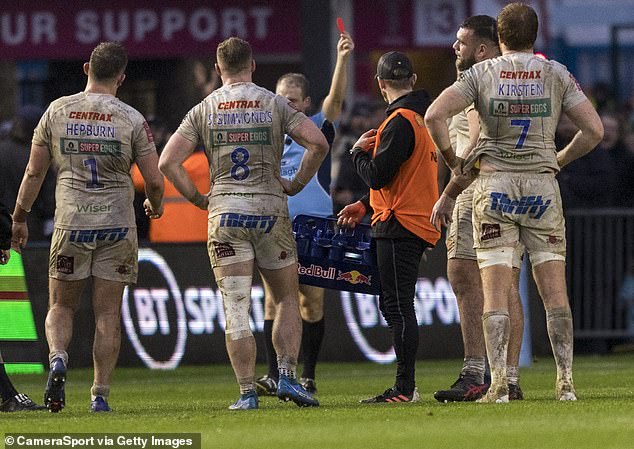