What could have been a procession turned into a problem-solving exercise at Twickenham on Saturday. England had an attitude problem and the solution was Owen Farrell.

At least there was honesty about the shortcomings which turned this home banker into a scare story. Seven days earlier, Eddie Jones’s side had come close to first-half perfection against the All Blacks.

In this third Quilter Test of the autumn campaign, they reached the opposite end of the performance spectrum, lurching towards calamity before climbing out of the hole they had dug for themselves. 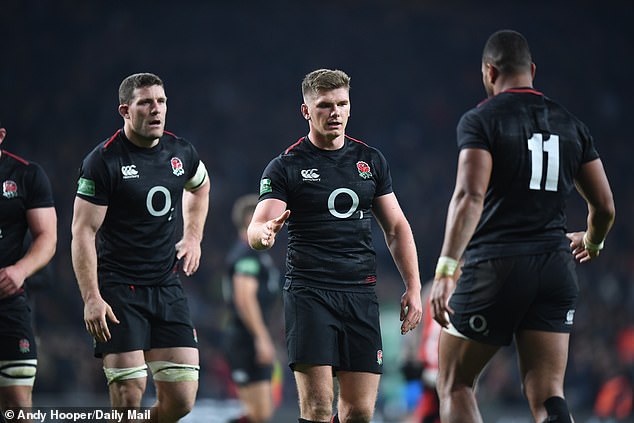 For an England team to be given the runaround by a Tier 2 nation for 40 minutes at home was embarrassing. Especially after Jones had declared his side would ‘smash’ Japan and advised the visitors to ‘go to the temple and pray’.

His words served to motivate the Japanese players and Jones expressed delight about that, but he will not have been delighted by what he saw in the first half.

Japan were dominant through their potent blend of pace and nimble footwork, their tenacity, off-loading and spirit of adventure. Before England used the half-time break to re-group, their opponents had commanded 69 per cent possession and 77 per cent territory. The hosts were lucky to be only five points adrift. 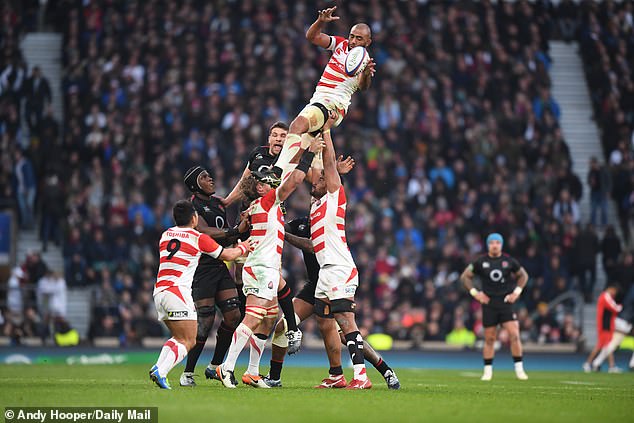 Mercifully there was candour in the post-match debrief, amid much English talk about how fantastic it had been to find themselves dragged back to school for more crucial ‘learnings’. Jones said: ‘Obviously the standard (in the first half) wasn’t acceptable.’

The in-house verdict was that Danny Care’s early try created the false impression that this was going to be a stroll in the park. England forgot all the messages from the build-up about trying to replicate the mind-set they had against New Zealand.

‘We were saying all week that it was going to be a tough game, then we scored the first try — we just ran through — and everyone thinks, “S**t, this is going to be fantastic, we’re going to be able to run with the ball, we’re not going to have to do the hard work”,’ said Jones. ‘Then you get caught. The game catches you.’ 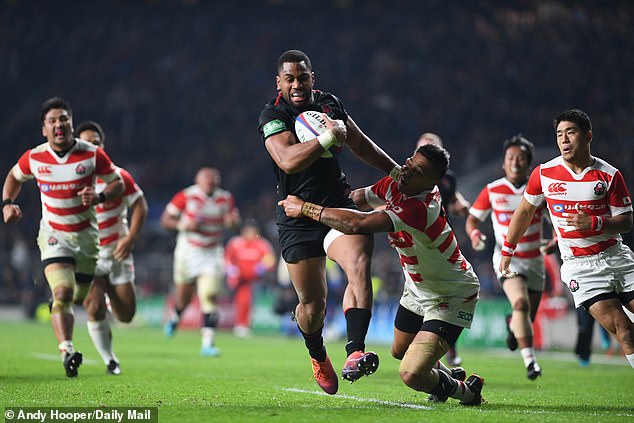 England were caught all right. And overtaken. And forced to chase shadows while stuck in their own half.

Man of the match Maro Itoje admitted: ‘We were off as a collective and we have to have a think about why that was the case. We needed to up the intensity. We were losing collisions in the first half and that’s simply not good enough. 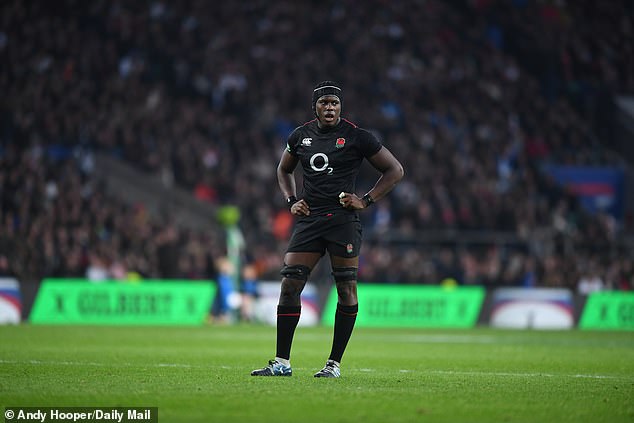 Maro Itoje, who put in a man of the match performance said his side needed to up the intensity

‘I didn’t want to be part of the first England side to lose to Japan. That was a big motivation but we shouldn’t have been in that situation in the first place.

‘It was a good lesson for us. No team are easy in international rugby. If you don’t turn up, you’re going to get beaten.’

Jones denied that his team had been guilty of showing Japan a lack of respect but the visitors latched on to his pre-match comments about needing to pray.

‘The players were highly motivated,’ said Jamie Joseph, head coach of the Brave Blossoms. ‘The challenge was put down and I think our players fronted up physically.’ 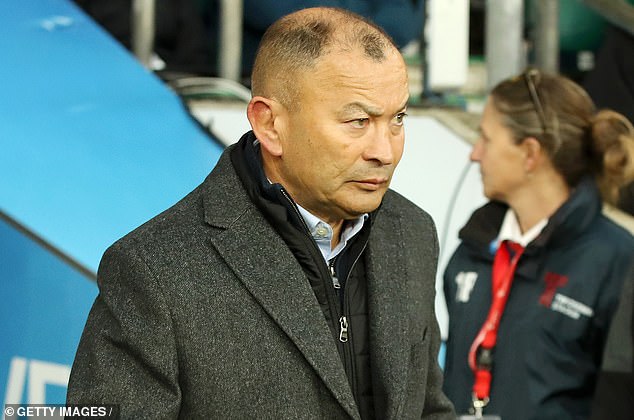 Lock Wimpie van der Walt added: ‘We put a lot of pressure on them at the beginning and I think that rattled them a bit. Eddie said they wanted to physically dominate us but we have a lot of pride so we didn’t want to be dominated by them. That was some motivation for us.’

England’s emergency response was to deploy Farrell from the start of the second half. His impact merely reinforced the sense that the playmaker is an essential presence. He provides the competitive pulse. Armed with his tackling intensity, cajoling, game-management and fist-pumping commitment, the home side scored 25 unanswered points to avert a seismic upset. 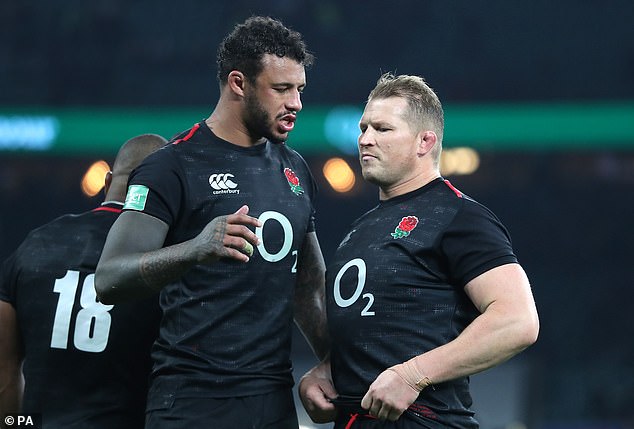 Richard Wigglesworth was another second-half replacement and, as Farrell’s half-back partner at Saracens, he knows him better than most.

‘When you are lacking that touch of energy and physicality, those are two things that he comes with in abundance,’ said the scrum-half. ‘He has an infectious personality and he is obviously a world-class player, so if you put him on, he is going to make a difference.’

He most certainly did and he was aided by a try-scoring debut from Joe Cokanasiga and the fact that Courtney Lawes eventually became a dominant force at the breakdown. England played their get-out-of-jail-free card.

Meanwhile, Japan deserved the ovation they received at the end. On this evidence, the World Cup hosts are capable of making a splash in their pool next year.