Exeter captain Gareth Steenson kicked 16 points to lead the Chiefs to a hard-fought 26-15 win over Gloucester at Kingsholm.

In difficult conditions, the veteran fly-half’s kicking was exemplary as he added the extras to tries from Jacques Vermeulen and Stuart Hogg as well as slotting over four penalties.

The result sees Exeter extend their lead at the top of the Gallagher Premiership to five points over Northampton. 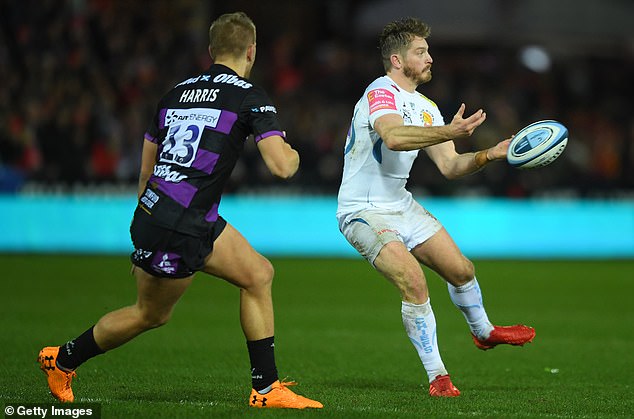 Gloucester responded with late tries from Jake Polledri and Louis Rees-Zammit but it was not enough to prevent the fourth-placed hosts from suffering a sixth defeat of the campaign.

Exeter began strongly and took a 10th-minute lead when they declined a kickable penalty in favour of an attacking line-out and were rewarded when Vermeulen forced his way over.

Steenson converted but Chiefs bungled the restart to allow the hosts their first period of pressure. It was a sustained one and Gloucester should have taken something from it but they neglected to kick a straightforward penalty in favour of a scrum, and the opportunity was lost when the home pack were shunted backwards. 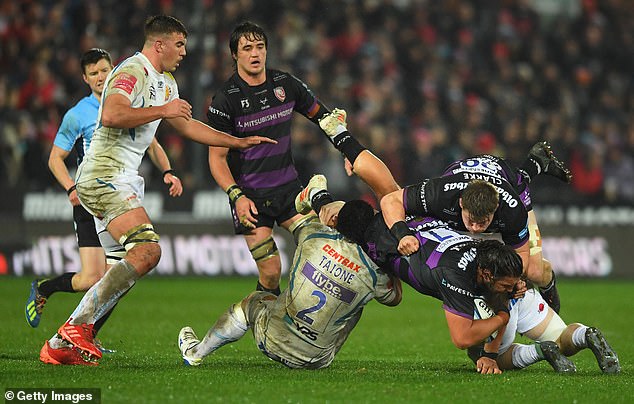 Gloucester suffered a blow when they lost scrum-half Joe Simpson to injury but they overcame that to get on the scoreboard in the 25th minute when Billy Twelvetrees knocked over a penalty.

The Cherry and Whites continued to have the better of the second quarter with two superb lengthy touch-finders from Danny Cipriani keeping Chiefs penned in their own half, but Gloucester could make little headway against a resolute defence so they trailed 7-3 at the interval.

Exeter had the advantage of the wind in the second half and seven minutes into it, they extended their lead when Steenson kicked a 40-metre penalty. 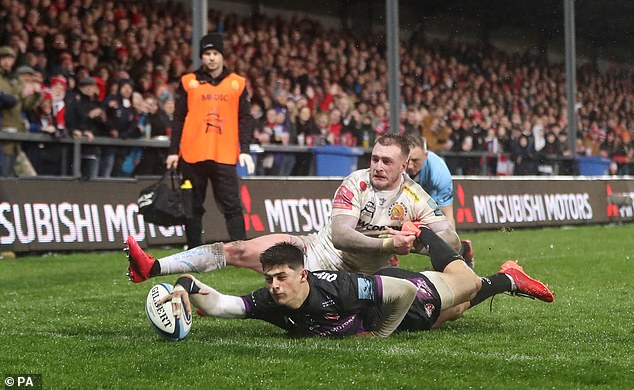 And in the space of the next 12 minutes, the 35-year-old was on target with three further penalties from similar range as Exeter turned the screw in the third quarter.

Trailing 19-3 and looking to reverse their fortunes, Gloucester made four changes to their pack in one swoop but it was to no avail as Exeter sealed victory with the best move of the match.

Hogg started it from inside his own half with an elusive run before the Scotland full-back was on hand to race the final 15 metres to score after skillful inter-passing had created the opportunity.

Steenson kept up his perfect kicking by converting but Gloucester showed spirit in the final 15 minutes and were rewarded with tries from replacement flanker Polledri and wing Rees-Zammit.

Dele Alli dropped: Why has Tottenham star not playing vs Southampton today?