England rounded off the Quilter Internationals with a 37-18 win over Australia at Twickenham on Saturday.

Despite dominating the set-piece and the breakdown, England battled to make the most of the ball in the first half but found their finishing touches in the second half as the home side’s forward dominance eventually told.

It was England’s sixth consecutive win over Australia and ends a poor season for Michael Cheika’s struggling tourists., but completes a successful autumn for Eddie Jones with wins against South Africa and Japan plus a narrow one-point loss to New Zealand.

Tries from Jonny May, Elliot Daly, Joe Cokanasiga and Owen Farrell plus four conversions and three penalties from Farrell gave them the win, while Australia’s points came from two Israel Folau tries – the second on the 80th minute – and the boot off Matt Toomua.

It was the perfect start for England who scored after just two minutes after demolishing the Wallaby scrum. No 8 Mark Wilson picked up to feed Ben Youngs, who then provided Jonny May with a simple try. 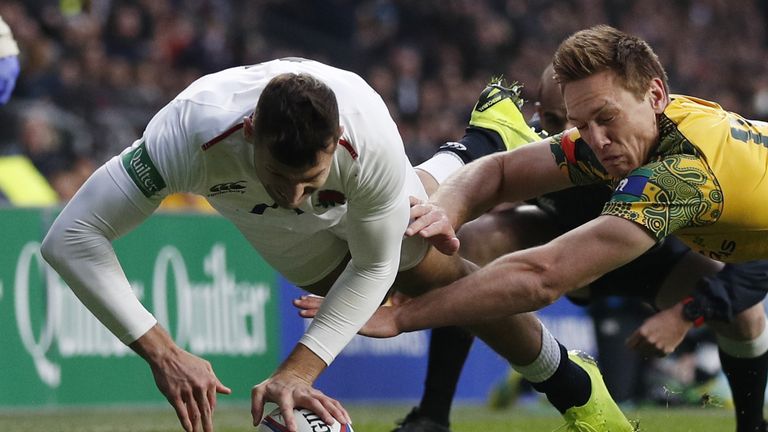 Matt Tommua clawed back three points in the seventh minute with a penalty but England were breaking through the Wallaby defence with ease as Cokanasiga and Kyle Sinckler made eye-catching runs.

Owen Farrell landed a penalty having brushed the left upright with an earlier attempt before Australia had a try disallowed for a forward pass.

It came from a Genia intercept and Dane Haylett-Petty appeared to have scored despite a forward pass from Kerevi.

Referee Jaco Peyper awarded the try immediately and it was only as Toomua was about to take the conversion and the forward pass was replayed on the big screen that the South Africa official called for the TMO’s assistance and the score was ruled out.

Farrell made it 13-3 on 32 minutes after lock Izack Rodda was pinged for a dangerous tackle on Daly, but three minutes later Australia were right back in the game. Folau ran a beautiful line from deep to bamboozle the England defence and score under the posts. Toomua converted to make it 13-10. 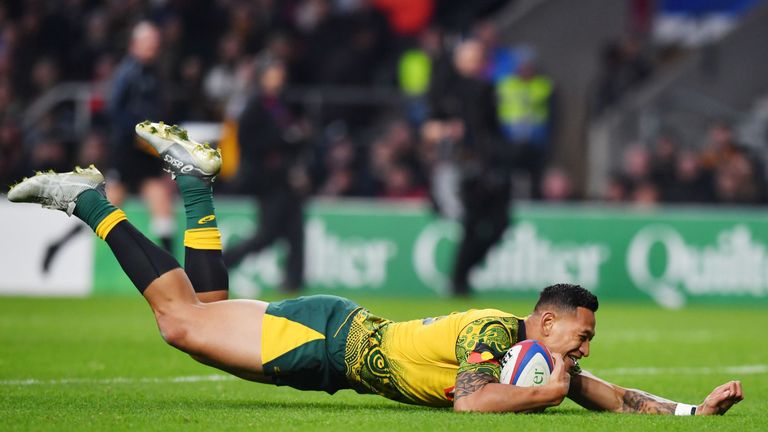 With the clock running down, Australia should have scored their second try but for another controversial tackle from Farrell on Rodda. It looked like another no-arm tackle from the England captain but Peyper waved play on before England were caught offside. Tommua stepped up, and despite England having most of the possession and territory in the first half, the game went into the break at 13-13.

England exploded out of the blocks in the second half as Daly took a pass from Farrell on a classy supporting line and then showed his pace to swerve away from Haylett-Petty and score. Farrell converted and England were 20-13 up.

Winger Cokanasiga scored their third try on the 56th minute after some big carries from Wilson off another dominant scrum. Farrell converted and England were in a commanding lead.

England should have had their fourth moments later after Cokanasiga fielded a high ball and streaked for the line – he was hauled down inches short, but with Slade up in support, should have passed rather than opting for the barge for the line. 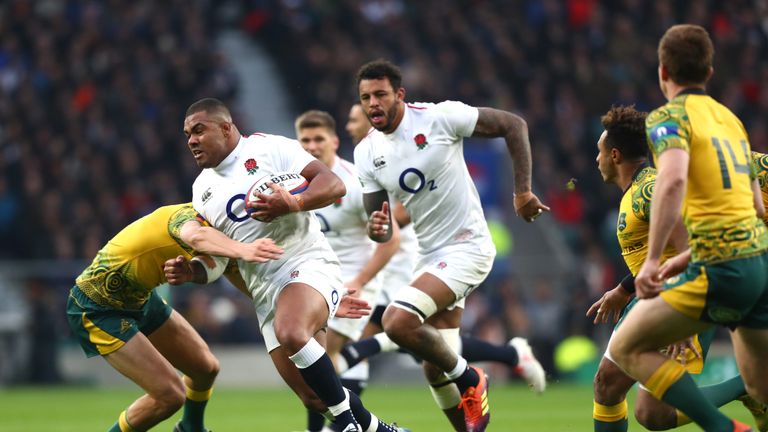 England’s defence held firm and looked to attack from a turnover ball. Jonny May looked to have scored his second after winning a length of the field footrace, however replays showed the kick ahead just shaved the line and they came back for the lineout.

With ten minutes to go, Manu Tuilagi made his long-awaited return to international rugby and immediately made two strong carries against a tiring Wallaby defence.

It was Tuilagi’s presence in attack that gave Farrell the space to run in England’s fourth try and despite Folau scoring in the 80th minute, it was scant consolation for Australia who were soundly beaten.