‘We owe them one’: Eddie Jones turns attention to toppling Ireland and claiming Europe’s No 1 spot after Australia scalp

This was a record-breaking sixth consecutive win over Australia, but England didn’t dwell on it. They went through the motions — posing for pictures with the Cook Cup — then shifted their focus to settling a local score.

Within an hour of dispatching the abject Wallabies, Eddie Jones and his squad had a new target. Ireland. The next English crusade involves toppling the Six Nations title-holders — and conquerors of New Zealand — from their perch.

The new European hierarchy has gone green on top, but England will head to Dublin confident of reclaiming the role of northern hemisphere standard-bearers. 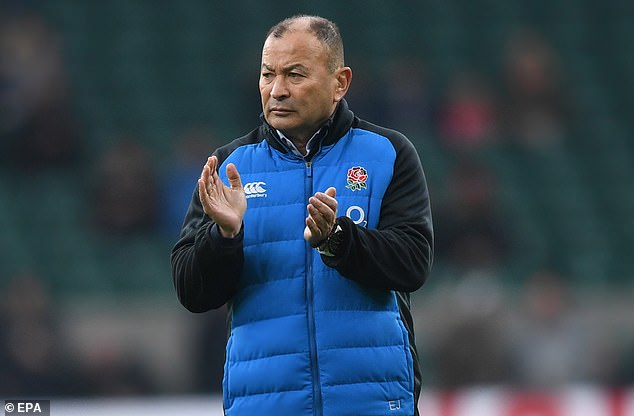 When he was asked about the prospect of going to the Irish capital for a titanic encounter to launch their 2019 championship campaign on February 2, Jones said: ‘We owe them one.’

It works perfectly as an English motivational tool that, everywhere they turn, there are eulogies to Ireland’s playing resources and shrewd coaching, central contracts system and careful management of their star men.

The latest triumph over Australia was such a formality — despite the second-quarter wobble — that it was natural for the attentions of the victors to turn to the serious business ahead. 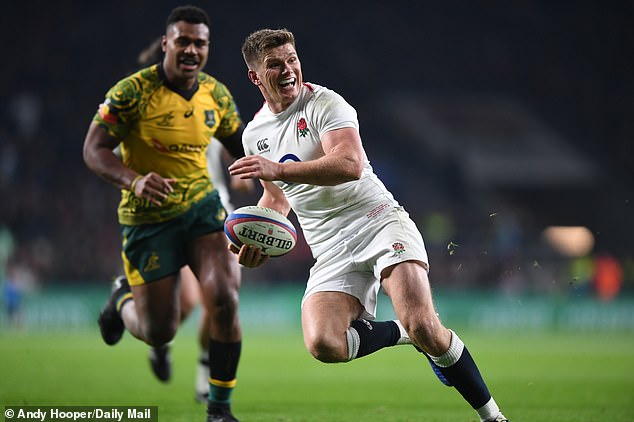 ‘That game is huge,’ said Maro Itoje, when asked about facing Ireland. ‘I can’t wait. They have beaten us the last two times we have played them so it’s a big challenge. You look at the personality types and the character of this squad, it’s exactly the type of game we want to be in. They are a good team, but thinking about that game gets us excited. We will be well prepared with detail, but they will be too. It will be one hell of a game.’

Saturday’s man of the match, prop Kyle Sinckler, added: ‘Ireland are a great team, but we’re a good team as well. Whatever team is picked there to play against Ireland, we’ll stand a good chance, but we’ll definitely have to be at our best to beat them.’

Whatever team is picked by Jones — and it is bound to look very different to the one that lined up against the Wallabies — it will stay true to the blueprint from this autumn series. England have embraced their heritage of forward power and it led to Michael Cheika’s hapless visitors being dismantled by brute force. The super-sized hosts dominated the scrum and most of the collisions.

They’ve been told to relish the route-one approach and Sinckler had no complaints, saying: ‘We know the way we want to play. It’s an English way. We want to be confrontational and it’s all based on our pack being dominant.’ 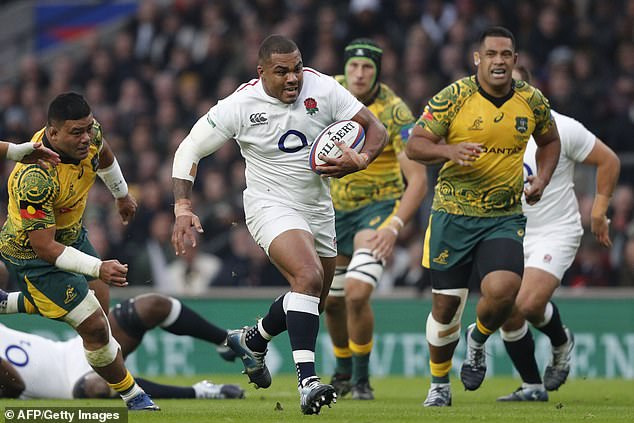 Yet, this is not a formula restricted to the forwards. When Sinckler wasn’t blasting through holes, Ben Te’o was making dents, or Joe Cokanasiga was using his giant frame, pace and footwork to devastating effect. The find of the month — who scored his second try in as many Tests — was described as a ‘freak’ by hooker Jamie George.

However, Jones is determined to prevent Bath’s Fiji-born sensation from being burdened with the ultimate comparison. When the question came, about Cokanasiga being likened to Jonah Lomu, the head coach said: ‘I tell you what Lomu did. He nearly won a World Cup for New Zealand. When Joe nearly wins a World Cup for us, he won’t be good enough, because he has to win a World Cup for us. Then you can start talking about Lomu.’

He is right to urge caution. Cokanasiga is just finding his feet at this level, but his potential is enormous. His emergence has been one of so many positive aspects of the last four weeks for England, who have climbed out of their slump. The other bonus is the proof that Mark Wilson can thrive against the top teams. Newcastle’s versatile back-rower has forced his way into World Cup contention. 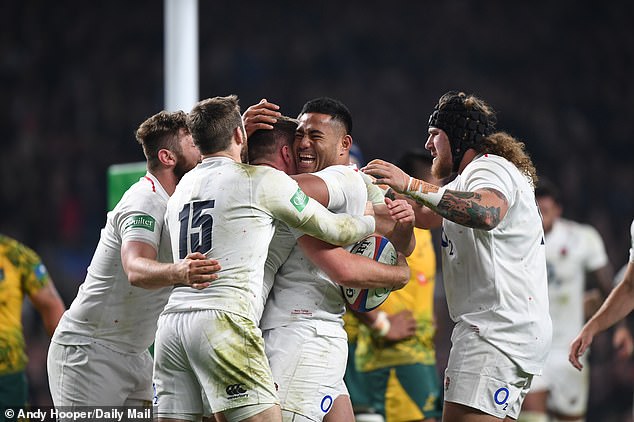 In the trying circumstances, Jones can take heart. He has deployed a weakened team and finished with three wins from four games — with the only defeat coming by a point against the world champions.

Granted, the performances have been decidedly patchy and an ability to adapt swiftly on the hoof remains elusive, but there is renewed optimism, not least on the basis of what England could be with the Vunipola brothers and other casualties back on board.

In addition to enhanced power across the field, there is enhanced X-factor too. Cokanasiga brings that, along with the returning Manu Tuilagi and Chris Ashton. With those lethal runners reintegrated, Jones has a multitude of options in his midfield and back-three contingents. In time, though, he will need selection stability in those areas, not to mention more aerial authority from Elliot Daly, if he is to be the long-term successor to Mike Brown at full back. 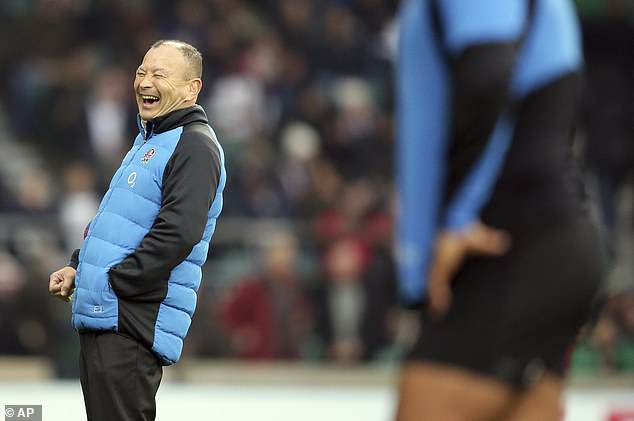 Like Itoje, Owen Farrell has been a consistently outstanding presence, but he has also drawn global scorn in relation to his tackle technique. On Saturday, his no-arms charge which stopped Izack Rodda scoring warranted a yellow card and a penalty try.

Farrell was lucky to escape sanction — just as he had been at the end of the game against South Africa, which England hung on to win. This is a glitch in his game which needs resolving, or it will be punished.

November has been a time of regeneration. Now all roads lead to Dublin and an epic Six Nations.